19th Century Ghosting: Scrooge had it easy compared to these Regency ladies By Janna MacGregor 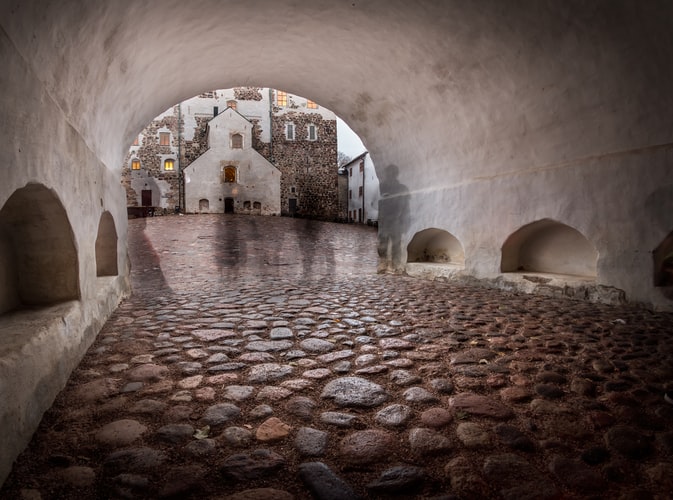 [Note from Frolic: Today, we welcome author Janna MacGregor to the site. She has a thing or two to say about ghosting…]

Many of us are familiar with the term ghosting. Not to be confused with Halloween or hauntings, ghosting occurs when one party in a relationship just disappears—never to be heard from again. They don’t answer texts, messages, or phone calls. Don’t even bother ringing the doorbell. It’s like they’ve discovered Harry Potter’s invisibility cloak, then poofed into thin air.

With today’s technology, this is an impressive feat since everything seems to have a date stamp or a “read” receipt attached to it. You can’t read your iPhone messages without the other person knowing you’ve peeked. (Well, you can, but that requires opening the intimidating Settings app, and really, who has the time?) Since the world has been in lock down for a year and a half, it curbed the temptation to “ghost hunt” for the slimeball who’s gone.

Trust me, they’re not worth your time.

Speaking of time…without modern day communication technology or Harry’s handy-dandy cloak, did ghosting occur in previous eras? You bet it did. Let’s look at the Regency period which is when the Bridgerton people cavorted in Hyde Park and took spins around the dance floor.

Since the simplest means of keeping track of people occurred through daily calls, gossip, or sending letters, most people who lived in communities had a pretty good understanding of who was romantically interested in whom. During those times, a wedding meant a lifetime of togetherness after exchanging vows. There was no divorce except in the rarest of circumstances, and it was expensive.

So, how do you get rid of that proverbial ball and chain in the 19th century?  Most people stayed in their marriages, even if they weren’t happy. The best you could do if you were financially able was to live apart. However, some of the Regency folks just picked themselves up, walked out the door, and started all over again someplace new. A married person could even wed someone else with no one the wiser.

Wait. Isn’t that against the law?

Of course. Even in the Regency period, bigamy was illegal.

Between 1750 and 1815, there were over 179 cases filed for bigamy proceedings in the Old Bailey, London’s Central Criminal Court. Wives and husbands alike were brought up on charges for these crimes. When convicted, the wayward spouse faced a variety of punishments including branding on the thumb (ouch!), incarceration, transportation to Australia or America, and fines of various amounts. Newgate prison was a “hot” destination spot for these convicted bigamists.

You may wonder how this could have happened. Afterall, marriages were recorded in the parish record books. There were witnesses to the ceremony. My dearest readers, indeed. But back then, there was no central registry for marriages as we know of it today. A couple could marry, but under the darkest of nights, a spouse could disappear and never be heard from again. A true Regency ghosting!

In 1823, a stop gap measure was mandated to keep some type of permanent records of who was legally shacking up with whom. Every marriage had to be entered into the parish register, and a copy of every page was required to be sent to the bishop assigned to the parish. Thus, we have the makings of a central department for the recording of valid, certified marriages across the country.

Women were obviously the majority of the victims during that period. Marriage represented the tried-and-true way for women to find some semblance of economic security. Unfortunately, heiresses like Jane Austen’s Emma and my own Cavensham Heiresses were the exception and not the rule.

Probably for the same insipid reasons that ghosting occurs today. Emotional immaturity and commitment issues top the list. But don’t discount the cheaters and the ones who can’t face the fact that they’re married. Maybe these “ghosts” use the excuse that they just found their soul mates after they’d married someone else.

In my new series, The Widow Rules, three women are ghosted by the same man. That’s bad enough, but it gets worse. The three walk into a solicitor’s office unaware that they were married to this cheater. Could this have happened? Definitely. Spouses have been duped throughout the ages. Whether it’s then or now, there is collateral damage. Anger, feelings of doubt, and blows to the ego all can result from such horrid and immature treatment.

Just remember, it’s the ghost’s fault. Not yours.

How did my three female protagonists deal with it? You’ll have to read my books in The Widow Rules series, starting with A Duke in Time (St. Martin’s Press, On sale June 29, 2021) to find out how they acquired their much-deserved happily-ever-afters.

Janna MacGregor pens romance novels with “Austen’s spirit” (Entertainment Weekly) from her dual residences in the fast-paced Twin Cities and her native home in the bootheel of Missouri. But she spends most of her time in Regency England, the setting for her beloved Cavensham Heiresses books and A Duke in Time, first in the new Widow Rules series with St. Martin’s Press. Crediting her darling mom for introducing her to the happily-ever-after world of romance novels, Janna writes stories where compelling and powerful heroines meet and fall in love with their equally matched heroes. The mother of triplets loves chatting with readers and spending time with her very own dashing rogue and a smug, but practically perfect, pug. 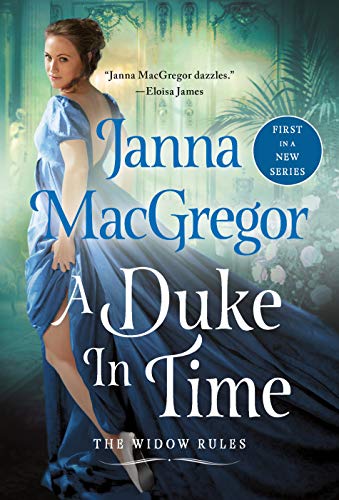 A Duke in Time by Janna MacGregor, out now!

Katherine Vareck is in for the shock of her life when she learns upon her husband Meri’s accidental death that he had married two other women. Her entire business, along with a once-in-a-lifetime chance to be a royal supplier, is everything she’s been working for and now could be destroyed if word leaks about the three wives.

Meri’s far more upstanding brother, Christian, Duke of Randford has no earthly clue how to be of assistance. He spent the better part of his adult years avoiding Meri and the rest of his good-for-nothing family, so to be dragged back into the fold is…problematic. Even more so is the intrepid and beautiful Katherine, whom he cannot be falling for because she’s Meri’s widow. Or can he?

With a textile business to run and a strong friendship forming with Meri’s two other wives, Katherine doesn’t have time for much else. But there’s something about the warm, but compellingly taciturn Christian that draws her to him. When an opportunity to partner in a business venture brings them even closer, they’ll have to face their pasts if they want to share each other’s hearts and futures.

Where Romance and Pop Culture Live Happily Ever After.
All Posts
PrevPreviousBook of the Week: The Layover by Lacie Waldon
NextBrilliant Book and Movie Pairings by Bridget MorrisseyNext