3 Reasons to Stop What You’re Doing and Watch Someone Great Right Now! 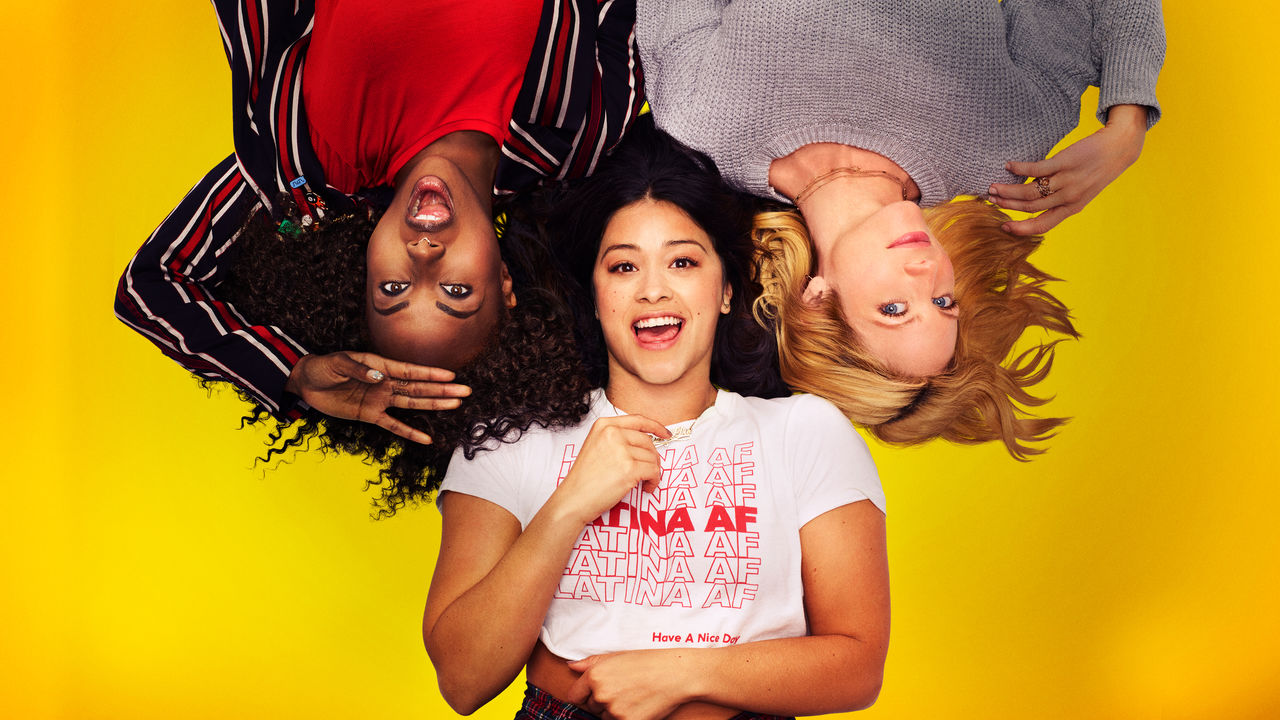 When I first saw the trailer for Someone Great, I knew I was all in. Lady friendship comedies with romantic elements are my crack. Add in Gina Rodriguez (Jenny), Brittany Snow (Blaire), and DeWanda Wise (Erin) and you have the perfect way to spend 90 minutes.  And I was not wrong! The movie was absolutely delightful and made me feel all the feels and want to call my lady friends and tell them how much I love them.

Not convinced? I have three reasons why you should stop what you’re doing and queue of Someone Great on Netflix right now.

Light spoilers abound, so be warned!

Jenny, Erin and Blaire have been friends for over a decade and it really shows. When Jenny is in a rough spot, Erin and Blaire don’t hesitate to drop everything to be there to support her. Their obvious history and love for each other is the thread that pulls the entire movie together and it’s so awesome and important to see women supporting each other fully.

Sometimes your best friend gets dumped and supporting her means you have to let her work through her pain by finding a way to attend a pop-up concert while drinking a boatload of tequila and doing a handful of drugs like you’re still in college. As one does.

My favorite thing was that when they have arguments—and they have several during the movie—it’s never a huge friendship-ending thing. Either one of them sets down a boundary that the other respects, or they exchange harsh words and then immediately tell each other how much they love each other. They’re pivotal to the plot in different ways, but none of them feel contrived. Even better, none of the arguments are the dark moment where everything feels horrible and everyone mopes separately.

These are three women leveling up in life, and the foundation of their friendship is strong enough that we have absolutely no doubt that they will remain friends for the rest of their lives, no matter where they’re located or what they’re going through personally.

Jenny is almost thirty and she’s just scored her dream job—writing for Rolling Stone and running a team. The only catch? It means moving from New York to San Francisco.

This kind of plot device has been used in countless romantic comedies over the years. The woman gets the dream job and loses everything in the process…only to realize that she had what she wanted all along in her relationships.

Someone Great takes that trope on head-first and demolishes it. No matter where Jenny is emotionally during this movie, she never once considers not taking the job. Not once. Her ambition is a good thing. Yes, it’s sad that her relationship has fallen apart and that her heart is breaking, but at no point does she think that she should quit the job and make herself smaller for her ex/boyfriend. And I love that so much. More of that in movies, please.

What would a romantic comedy be without romance, right? All three friends are in different stages of their relationships. Jenny has just broken up with her boyfriend of nine years. Blaire is in a relationship where she kind of mostly hates her boyfriend but it’s comfortable and familiar. Erin is dating a lady who she’s totally in love with, but she’s too gun-shy to commit to labels, let alone meeting her kinda-girlfriend’s friends.

What I loved was how the relationships beginning and ending really reflected the shift that seems to happen for a lot of people once they start looking thirty in the face. All the women are in solid careers and have that figured out, but some of the holdovers from their early 20s are affecting how they operate in relationships now. Who hasn’t been there? You hold back in a new relationship because you’ve been hurt in the past. You stay with someone long past when you should have left because it’s comfortable and safe. You grow up and change and the relationship you’re in can’t accommodate for that change.

Personally, I’ve been at every stage of these three women at one point or another, and it was so great to see them work through it in varying ways.

Special shout-out to Blaire and Matt’s verbal sparring. It gave me life how she lost the fluffy cheer and got a little mean, and how he looked at her like she was the best thing he’s ever seen. Perfection.

Another special shoutout to Erin and Cynthia having a really great conversation where they actually communicated where they were at emotionally, and where Cynthia met Erin’s past pain with understanding and empathy. It made my heart all warm and fuzzy. I love them.

So what I’m saying is… Why are you still reading this article? Go forth to Netflix and consume all the feel-goods that Someone Great brings!

New York Times and USA TODAY bestselling author Katee Robert learned to tell her stories at her grandpa's knee. Her 2015 title The Marriage Contract was a RITA finalist, and RT Book Reviews named it 'a compulsively readable book with just the right amount of suspense and tension." When not writing sexy contemporary and romantic suspense, she spends her time playing imaginary games with her children, driving her husband batty with what-if questions, and planning for the inevitable zombie apocalypse.
All Posts
PrevPreviousDaily Frolic: Everything you need to know about the lesbian drama ‘Gentleman Jack’
NextI’d Like To Buy A Vow: Why Four Authors Chose To Write About Arranged Marriages, Who They Wouldn’t Mind Being “Forced” To Marry And Which “Game Of Thrones” Character Marriages They Would Like To ArrangeNext