5 Questions With: Dawn Kurtagich, Author of ‘Teeth in the Mist’ 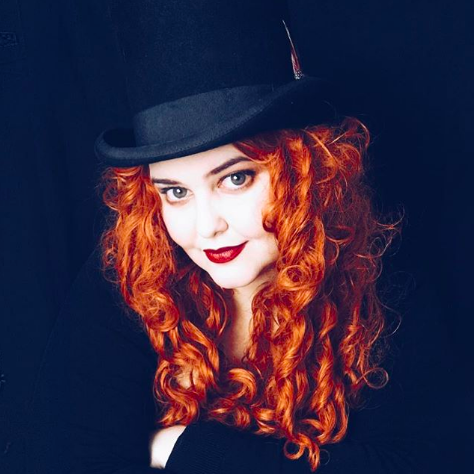 [Note From Frolic: Our resident YA expert Aurora Dominguez got the opportunity to interview author Dawn Kurtagich and ask her five(ish) questions. Dawn’s novel ‘Teeth in the Mist‘ is out June 11th!] 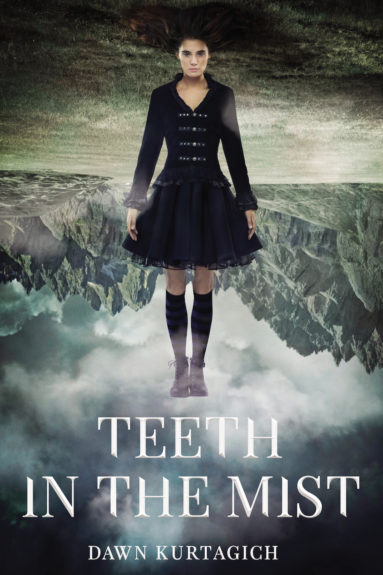 Aurora: What was your inspiration behind Teeth in the Mist?

Dawn: Several small things. The first was a trip to Snowdonia in 2014. I was walking through the hills, admiring the slate, and I had the thought that the rocks were like jagged teeth protruding from the earth. I remember snapping a photo and thinking, “something sinister lives in these mountains… or there will be.”.

The second part of the novel developed out of my horrified fascination with the “deal with the Devil”, and the kind of person that makes such a deal. I had studied Doctor Faustus in University and I’m a fan of the classic film, Faust. But what interested me more than the man, Faust, was the women in his life and what such a grim bargain could and would mean for them. So I combined the two ideas and ended up with a novel more about the women affected by the unholy pact than the man who makes it in the first place.

I think I relate to all the characters I write in some way. I very much enjoyed writing Roan. She is so powerful and direct and rigid that it becomes amusing. But, like Kaitlyn in THE DEAD HOUSE, she is also vulnerable and trying to hide it. I also enjoyed writing feisty Irish Emma. The girls were my favourite, I suppose. Girl power. 😉

There is this nasty little rumour going around that when you become “An Adult”, you suddenly know what you’re doing, how you’re doing it, and nothing scares you Ever Again.

Sorry to tell you, but that’s not the case. Honestly, life is about finding paths to follow and creating who you want to be; it’s an endless journey of self discovery. Perhaps the emotions aren’t as new and shiny as they are in our young adult years, but they are certainly present. I believe Young Adult novels speak to everyone, because at heart they are focused on that particular journey of growing into who we become as we get older. The journey just never ends, and how wonderful is that??

Who is your favorite young adult author?

I adore the writing of Juliet Marillier (I highly recommend Wildwood Dancing and Cybele’s Secret, as well as The Shadowfell series.) For her adult novels, it doesn’t get better than her Sevenwaters Series. They are so magical, romantic and intense. Marillier is a marvel. 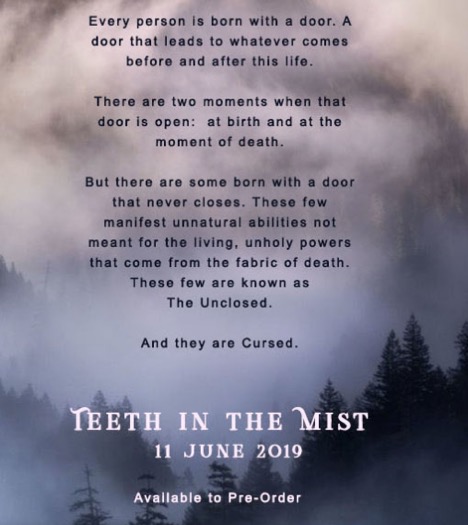 TEETH IN THE MIST is a story about three generations of girls using unholy abilities to try to defeat an evil that was created before the birth of time.

Readers can expect a Gothic Horror, a twisty, turny plot, some girl kissing, and lots and lots of creepiness.

I’ve just finished up an adult novel, and am in edits. I hope to write the sequel to TEETH (which depends on the reception TEETH has with readers), and I’m working on two new YA novels. One is a creepalicious psychological thriller, and the other is a quasi sci-fi horror.

What’s your favorite writing method? What is your process like?

My process is chaotic, but I love it. I write every day, aim for one to two thousand words, and I write everywhere and anywhere (including my arm, feet—anywhere convenient at the time!

Aurora Dominguez is a high school English teacher, college professor and journalist in South Florida. Her work has appeared in The Miami Herald, Where Magazine and J-14 Magazine, all places where she worked as a writer and editor before going from the newsroom to the classroom. Her favorite days are "Caturdays," which she spends with a good book, her husband, Sebastian, and her cat, Luna. Her motto when it comes to reading: "No book left behind!"
All Posts
PrevPreviousThe Unrecognizable Mental Illness by Suzy Krause
NextIf You Love Greek Mythology, You HAVE To Know About This Comic (It’s The Law)Next