[Note From Frolic: Our resident YA expert Aurora Dominguez got the opportunity to interview editor Jenny Bak and ask her five(ish) questions.] 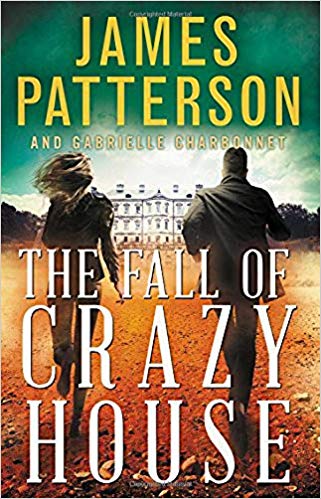 Aurora: What goes on in the world of a book editor?

Jenny: Being a book editor involves a lot less editing than you’d expect, and a LOT more communication about and coordination of all the different books on our list. An editor has her hands in most aspects of bookmaking, including everything from bringing the manuscript to acquisitions to working with the author on their vision, advising on cover directions and interior page design, writing copy for jackets and descriptions, and even choosing the color of the case cover, just to name a few of the decisions we have to make for every book! Answering emails and attending meetings to figure out all of those things take up most of my day, and I try to find time on nights and weekends to focus on reading and editing.

Tell us more about The Fall of Crazy House and how it was working with James Patterson.

The Fall of Crazy House is the sequel to the New York Times bestseller Crazy House. It’s a YA thriller with badass twin sister protagonists who embody the opposite sides of the coin in terms of their personalities, but who have to learn to work in tandem to bring down the oppressive government that’s destroyed so many lives. As with every James Patterson book, there are drama, thrills, unforgettable characters, action, heartbreak, and above all, an unputdownable read! I’ve worked on James’s books for several years now, but every project is completely different from the others. He doesn’t write YA very often, so when he does, you know it’s going to be an amazing ride.

Who’s your favorite character in the book and why?

I find a lot to admire in Becca. She’s impulsive, outspoken, fearless, and you always know where you stand with her. There’s a great scene in the book where she’s undercover and needs to slip away for her mission, but can’t shake the guy she’s with. She totally turns his ignorant fear of periods against him by talking about it a little too much, and he is so horrified that he lets her go. It’s absolutely brilliant.

Why do you think young adult thrillers resonate so much today?

What’s not to love? YA tends to focus a lot on the emotional growth of the characters, and the best ones do it in a way that can be relatable to nearly all readers. It tends to be time period where’s a lot of exploration both internally and of the outside world, and influences like society, relationships, and situational factors can make a deep impression. When combined with a propulsive storyline, YA thrillers can be both entertaining and revelatory in the best ways.

What’s next for you in the editing world?

I have some really exciting YA sequels in the works for this year – the finale to Kerri Maniscalco’s Stalking Jack the Ripper series is called Capturing the Devil and it comes out in October. In November we have Girls of Storm and Shadow, the sequel to Girls of Paper and Fire. I’m really looking forward to 2020, when we’ll publish a phenomenal YA thriller from debut author Kylie Schachte titled You’re Next, as well as a spinoff of James Patterson’s groundbreaking Maximum Ride series starring Max’s daughter. It’s going to be mindblowing.

Aurora Dominguez is a high school English teacher, college professor and journalist in South Florida. Her work has appeared in The Miami Herald, Where Magazine and J-14 Magazine, all places where she worked as a writer and editor before going from the newsroom to the classroom. Her favorite days are "Caturdays," which she spends with a good book, her husband, Sebastian, and her cat, Luna. Her motto when it comes to reading: "No book left behind!"
All Posts
PrevPreviousFour Books to Jumpstart Your Festival Season
NextFive Research-Backed Ways to Feel Happier—Fast by Camille PagánNext