5 Questions With: Maureen Johnson, Author of THE VANISHING STAIR 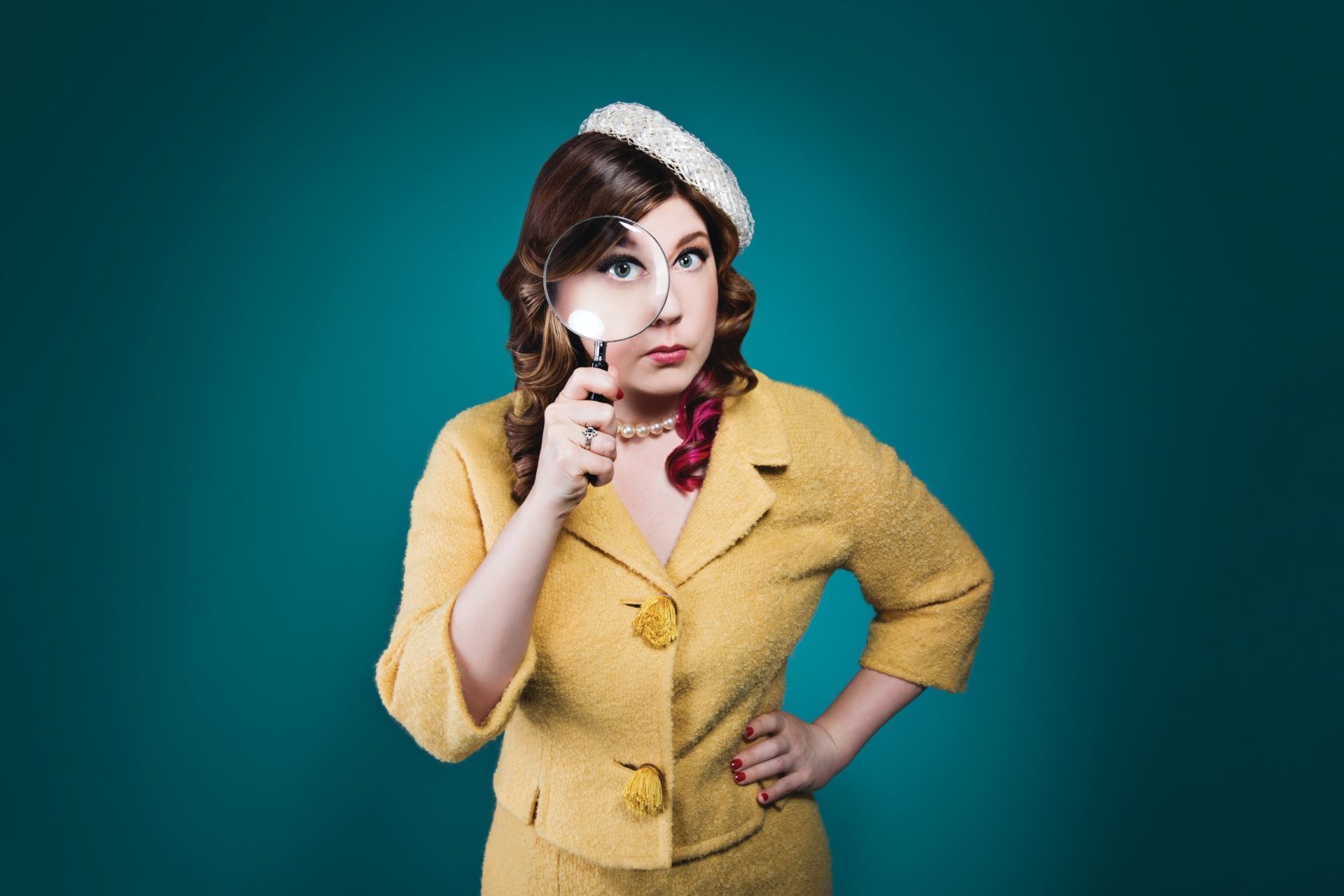 [Note From Frolic: Our resident YA expert Aurora Dominguez got the opportunity to interview author Maureen Johnson. Be sure to check out Maureen’s new YA novel ‘The Vanishing Stair,’ book 2 in the Truly Devious series]

Aurora: What was your inspiration behind your most recent novel/anthology?

Maureen Johnson: I wanted to write a proper mystery, with a detective. A mystery in a remote place, with a distinct cast of characters. The book is set at a remote boarding school called Ellingham Academy, which was the setting of what was called the crime of the century in 1936—the kidnapping of the founder’s wife and daughter and the death of a student. In the present day, the main character goes to the school in the hope of solving the case once and for all—and in the process, the events of the past come back in a very dangerous way. I took some pieces of real historical crimes for the backstory, as well as many elements of classic crime novels. This is a mystery, first and foremost!

Probably Stevie Bell, the main character. Stevie is a true-crime aficionado who wants to be a detective. She’s come to Ellingham Academy, which is one of America’s most prestigious and unusual schools, with the hopes of solving the 1936 kidnapping of the founder’s wife and daughter. This is an extremely famous case, considered the crime of the century, so the idea that a high school student is going to solve it eighty years later seems absurd to many.

Stevie is into crime. She has to be—she’s the detective. She loves every true crime show. She’s read about all the famous cases. She’s on the biggest cold case forums. She’s got a curated mystery collection. She wants to find a dead body and solve the case. This is, if I am being honest, me. I was such a mystery obsessive as a kid—I was always a heartbeat away from setting up a private investigation agency on my front porch and asking my neighbors if they had any crimes they wanted solved. I was that kid. So that’s Stevie—I drew from my own love of these things. I drew from my own experience with anxiety, and possibly my own combative nature. I’m not saying she’s me, but because I love mysteries so much, I drew from the well of my own feelings on the matter.

Also, when you’re a teenager, there’s so much pressure to figure out what you want to be and where you fit in. And what you do best may not necessarily fit in with the group you’re in. Also, you can feel ridiculous saying your dreams out loud. I wanted to be a writer when I was a kid, which generally got the response, “Well, that’s great, Agatha Christie, but what are you really going to do?” Having the courage to say what you want to become…it’s tough. That’s what Stevie and the others are up against. She has to own being a detective, and that’s hard.

Sidenote: I am still ready to solve cases, if anyone needs a detective.

Young adults are some of the most passionate and voracious readers you will ever meet. Many adult readers are locked in—I meet so many adults who will only read one kind of book, which is sad. YA readers are often more open to try different things. They read deep—they get involved. It’s just a great place to be writing. 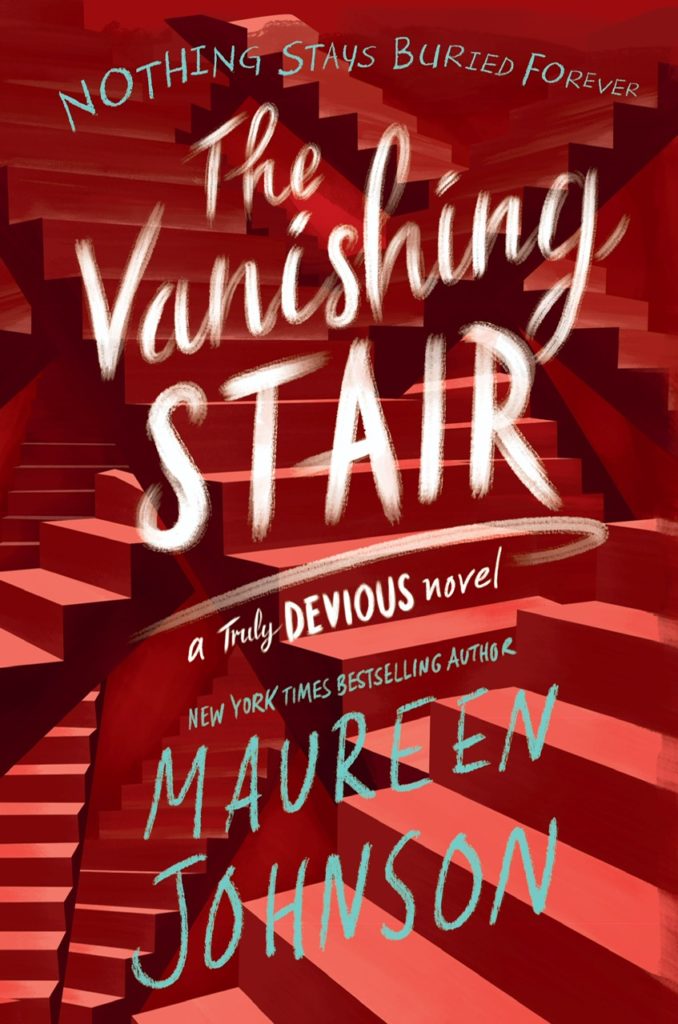 The Vanishing Stair is the sequel to Truly Devious. There are going to be three books in this series, so this is book two! Truly Devious starts the tale of Ellingham Academy, an illustrious school in the mountains of Vermont, founded by tycoon Albert Ellingham in the 1930s. The school is full of creators, artists, scientists, writers, activists, makers, and doers. It was also the site of one of America’s most notorious kidnappings and murders. The culprit is known as Truly Devious, the author of a teasing, insidious riddle sent to the Ellingham family.

Stevie Bell—an Ellingham student and would-be detective from Pittsburgh—wants to find Truly Devious. Her work on the case is interrupted by the bizarre death of one of her classmates, and she is convinced that it was no accident. Stevie thinks another murderer is lurking on the grounds of Ellingham Academy.

The Vanishing Stair picks up where Truly Devious left off. Stevie has made a major break in the Ellingham case. At the same time, a potential killer is on the loose at Ellingham Academy. Stevie finds herself having to make a deal with the devil to continue her investigative work.

Back in 1936, we meet some other players—two students, two dangerous lovers who also had a habit of being where they shouldn’t be. What did they see on the fateful night of the kidnapping?

In terms of dangerous lovers of the present…David Eastman, the handsome and troubled guy from upstairs, is proving to be even more trouble than Stevie could have anticipated. How can Stevie balance school, love, and investigating crimes? And is it possible that a series of crimes committed over eighty years ago could be related to a present-day murder?

Before it is all over, Stevie will crack the riddle that Albert Ellingham left on his desk on the day of his death:

Where do you look for someone who’s never really there?

And someone else will die.

I’m working on the third (and last) book in the series! It will be out this time next year!

Aurora Dominguez is a high school English teacher, college professor and journalist in South Florida. Her work has appeared in The Miami Herald, Where Magazine and J-14 Magazine, all places where she worked as a writer and editor before going from the newsroom to the classroom. Her favorite days are "Caturdays," which she spends with a good book, her husband, Sebastian, and her cat, Luna. Her motto when it comes to reading: "No book left behind!"
All Posts
PrevPreviousDaily Frolic: Bookish Perfume
NextLove YA: Fantasy, Romance and Curses…OH MY!Next