5 Questions With: Tina LeCount Myers, Author of ‘Dreams of the Dark Sky’ 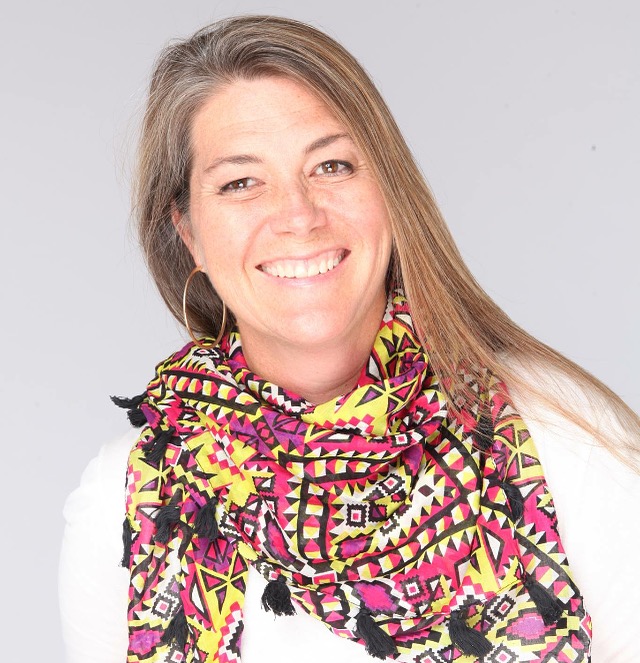 [Note From Frolic: Our resident YA expert Aurora Dominguez got the opportunity to interview author Tina LeCount Myers and ask her five(ish) questions. Tina’s novel ‘Dreams of the Dark Sky’ is out now!] 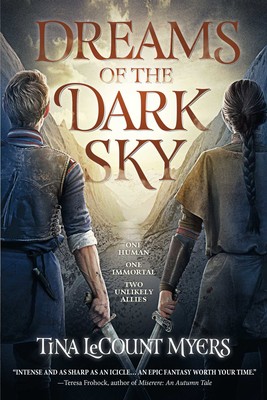 Tina: When I finished writing the rough draft for The Song of All, I thought the book was a stand alone and that there was no more to the story. That night I went to bed and dreamed what would become the next two books of The Legacy of the Heavens series. In my dream, I was aware enough of what was happening to get out of bed at 3 am and write it all down. That took about two hours. So there’s definitely a connection between the second book’s title, Dreams of the Dark Sky, and what inspired it.

I feel very connected to Kalek, the immortal apprentice healer. He’s what I call a quiet survivor. He experiences a lot of heartache, but never gives up. Even when his words speak to hopelessness, his actions and the care he gives to others show his determination. I think we both share an ability to cope when things get hard.

I was talking with a friend who described fantasy as escapism. To which I strongly disagreed. In a world where individuals often feel isolated and powerless, fantasy stories not only connect people to a sense of mythos, but can empower the reader through identification. In my own case, the fearlessness and fighting abilities of my character Dárja reflect my own desire to feel safe and confident as a woman in this world. The themes and issues in fantasy stories are not escapist. They mirror what already exists in the world: conflict, injustice, community, desire, fear, pettiness, boredom, ambition. But through fantastical elements, readers can have a different level of agency than what they may have in their everyday lives.

Dreams of the Dark Sky is essentially Freaks and Geeks meets Excalibur, set in the arctic tundra. The war between the two tribes of the Northland has ended but both sides are dealing with the aftermath. The two main characters, Dárja and Marnej, come from opposing tribes. They make a lot of assumptions about each other as they learn to work together in order to survive. Both are trying to figure out their roles and values as individuals, and whether or not they really have a place in their communities.

I am currently writing the third book of The Legacy of the Heavens series, Breath of Gods. It’s a mix of Rogue One and Marco Polo, where Dárja and Marnej have very different reactions to failure in their lives. And Kalek gets to show how far he’s willing to go for those he loves. The book is due out in early 2020.

I create huge story boards with pictures of all my characters and notes about them as I continue to write. These boards also have timelines and maps and research comments so I can keep track of all the characters and where they are going. I live for Post It notes in different colors. When I get stuck, I turn to the story board and ask the character’s picture “What do you want?” They usually will tell me and sometimes I’m surprised by the answers.

About Dreams of the Dark Sky

In the aftermath of a devastating clash between gods and men, two unlikely allies—one immortal and one human—must band together to survive in the sequel to the epic fantasy debut The Song of All.

The war between men and immortals that raged across the frozen Northland of Davvieana has ended. For men, the balance of power between Believer and Brethren, between honoring the gods and honoring the sword, has shifted to favor priests over Hunters.
But it is the legacy of one man’s love for his son that shapes the lives of all who survived.
While Irjan, the once-legendary immortal hunter, has saved his son’s life, he cannot save Marnej from the men who will make him a killer, nor can he save the immortal girl he’d promised to protect from the secret of her birth.
Raised by Irjan among the immortals, Dárja has been trained to fight by a man who once hunted her kind. Prisoner among the humans, her hatred for them is challenged by the chance to give Irjan what he has always wanted—his son Marnej returned to him.
Together, Marnej and Dárja, human and immortal, must find a way to trust one another if they are to live long enough to learn the truth behind the secrets and lies that have forged their lives.

Born in Mexico to expat-bohemian parents, she grew up on Southern California tennis courts with a prophecy hanging over her head; her parents hoped she’d one day be an author.

DREAMS OF THE DARK SKY is the second novel in her popular The Legacy of the Heavens series.

Aurora Dominguez is a high school English teacher, college professor and journalist in South Florida. Her work has appeared in The Miami Herald, Where Magazine and J-14 Magazine, all places where she worked as a writer and editor before going from the newsroom to the classroom. Her favorite days are "Caturdays," which she spends with a good book, her husband, Sebastian, and her cat, Luna. Her motto when it comes to reading: "No book left behind!"
All Posts
PrevPreviousLove Y.A.: Girls with Sharp Sticks, Sherwood and Never-Contented Things
NextDev Patel is BACK on the scene and so are other cute guysNext