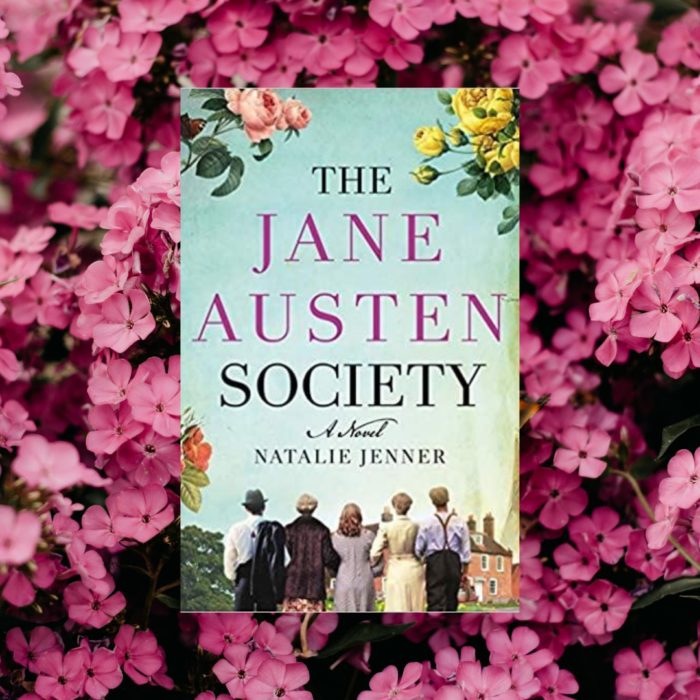 [Note from Frolic: We’re so excited to have author Syrie James guest posting on the site today! She’s gushing about one of her favorite books. Take it away, Syrie!]

I love Jane Austen. After reading everything she wrote a zillion times and every Austen biography ever written, I think I have a sense for the kinds of books Jane herself might have enjoyed. Here are 7 reasons why Jane Austen would adore Natalie Jenner’s clever and heartwarming new novel, The Jane Austen Society.

Jane Austen famously said that “three or four families in a country village is the very thing to work on” in a novel. She wrote about the little things that happen in ordinary people’s lives. Friendships made and broken; loves kindled, lost and renewed; the humorous and dramatic ups and downs in one’s daily routine. The Jane Austen Society is all about that. Most of the story takes place in the tiny village of Chawton in the county of Hampshire in the 1940s. There are eight main characters and all of them have lived in Chawton their entire lives, except for the Hollywood movie star. But she visits Chawton a lot, and plans to move there, so it counts.

The book delves into the private lives, past traumas, and current problems of its protagonists, and how, via the bond of burgeoning friendships and working toward a common goal, they help each other grow and heal. They also talk a lot about Jane Austen’s books, discovering unexpected things about her characters and storylines, and frankly, that’s one of the best parts of the novel. It makes you want to crack open one of Austen’s books — okay, all of her books — and read them again, immediately. Maybe, you think, revisiting Austen can help heal my wounds, too. I’m here to tell you that, yes, it can.

Jane Austen would recognize and approve of the cast of main characters in The Jane Austen Society and the journeys of self-discovery they take. All the people in the novel are, in one way or another, an homage to Austen. There are smart, headstrong heroines; worthy, dashing heroes; a handsome, slimy rake; a bumbling idiot; a humble senior citizen and a manipulative best friend.

Austen’s heroes and heroines generally aren’t rewarded with a happy ending until they learn what they’re supposed to learn. “Till this moment, I never knew myself,” Elizabeth Bennet says after reading Darcy’s letter. Emma Woodhouse, likewise, thinks she has life — and other people — all figured out, only to discover how wrong she is. Mr. Darcy goes on a one-man mission to better deserve the woman he loves. The clueless, on the other hand, never change (i.e., Mr. Collins) and the cads and vixens almost always come to a bad end. The Jane Austen Society operates within these same parameters. Austen’s characters are all here, familiar and recognizable, but at the same time new and unique. Like comfort food, it is a joy to spend time with them.

After moving from place to place and being basically homeless for years after her father died, Jane’s rich, adopted-by-cousins brother Edward finally gave Jane, her mother and her sister a house to live in rent free for life. That house — Chawton Cottage — changed literary history. With a quiet and settled place to live, Jane wrote or revised every one of her six famous novels. The shared goal of the protagonists in The Jane Austen Society — finding a way to buy Jane Austen’s house and open it to the public for her legions of fans — is a storyline that Jane Austen would undoubtedly find just a little bit thrilling.

Growing up, Jane Austen and her siblings put on home theatricals in the barn. Jane was one of the youngest of eight children so she got stuck playing the bit parts, but it was a great education for a budding novelist, inspiring her to write short (and mostly ridiculous) skits as a girl. As an adult, she attended plays and concerts in London every chance she got.

As such, Mimi Harrison in The Jane Austen Society, an American movie star who has been obsessed with Austen’s novels since she was a child, would fascinate Jane. Let’s face it, Jane would be fascinated by everything about Hollywood and the film business. (Note: The Jane Austen Society would make a wonderful movie. Just sayin’.) And speaking of theatrics: How thrilled would Jane be with the audiobook version of the novel read with melodious perfection by Richard Armitage?

All of Jane Austen’s books have them. She sneakily leads you down a garden path, thinking you understand the characters and know where the story is headed, and then she rips out the rug from under your feet, revealing something about someone that you never suspected. Every novel, in my humble opinion, is made better by a good plot twist. The Jane Austen Society is no exception. No plot spoilers here! But it’s in there.

From a young age, Jane Austen loved reading and writing, and her genre of choice was fiction. Which is why Jane would love The Jane Austen Society. If you’re looking for the true story of how Chawton Cottage became a museum, you can Google it. This is the “what if” version, like one of those alternate-reality imaginary universe comics I used to read as a kid, like “What if Superman and Lois Lane married and had super babies?”

Imagine if someone decided to make up a story about some rich, arrogant guy falling in love with a headstrong girl from a family with five unmarried daughters. (Who would do that?) She could call it, I don’t know, First Impressions, and then alliteratively retitle it Pride and Prejudice years later before publication. Do we love the characters and that story so much that we sometimes wish it had really happened? Yes, we do. Ditto for The Jane Austen Society.

This is one of the prettiest covers I’ve ever seen. In Jane Austen’s day, most books were bound in plain, cheap cardboard. Special editions were bound in leather (I know, boring, right?) and embossed in gold lettering. As a lover of pretty things (Jane used to wax rhapsodic in her letters about her gowns and bonnets), Jane would have adored the cover for the U.S. edition of The Jane Austen Society.

That lovely aqua sky, surrounded by pink and yellow flowers. (Are those peonies or roses? Whatever, they speak to me.) And the five people standing arm-in-arm, gazing as one at Jane Austen’s house — it makes the heart thrill just to look at it. Is that deserving but grief-stricken Dr. Gray on the left? Mimi the movie star standing next to him? In the middle, Evie Stone (a whip-smart teen) and Adeline Lewis (schoolteacher and war widow), and on the right Adam Berwick, the quiet local farmer? If only they would turn around so we could see their faces, you just know we’d see their love of Austen and the deep bond of friendship reflected in their eyes.

These characters and their stories will linger in your mind long after you’ve finished reading the novel. I promise, you’ll be glad you did.

Buy Links for The Jane Austen Society by Natalie Jenner 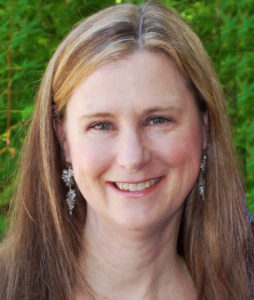 Syrie James is the USA, Amazon and international bestselling author of 13 novels of historical fiction and romance published in 21 languages. Syrie is also a produced playwright and established screenwriter, who’s sold numerous scripts to television and film. Syrie’s award-winning novels include The Lost Memoirs of Jane Austen, The Missing Manuscript of Jane Austen, Jane Austen’s First Love, Dracula, My Love, The Secret Diaries of Charlotte Bronte, the Dare to Defy series (female-empowered Victorian romances) and a paranormal YA series among others. A life member of the actual Jane Austen Society of North America, Syrie’s books have received starred reviews from Publisher’s Weekly and Kirkus, and have been Library Journal Editor’s Picks of the Year. More at http://www.syriejames.com/. 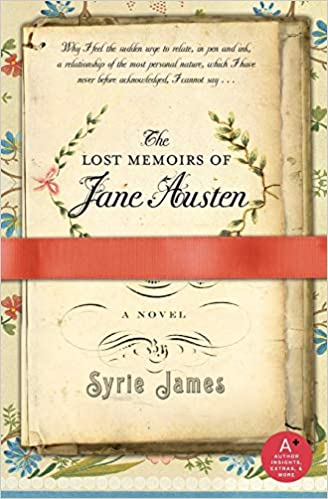 About The Lost Memoirs of Jane Austen by Syrie James

Many rumors abound about a mysterious gentleman said to be the love of Jane’s life — finally, the truth may have been found… What if, hidden in an old attic chest, Jane Austen’s memoirs were discovered after hundreds of years? What if those pages revealed the untold story of a life-changing love affair? That’s the premise behind this spellbinding novel, which delves into the secrets of Jane Austen’s life, giving us untold insights into her mind and heart. Jane Austen has given up her writing when, on a fateful trip to Lyme, she meets the well-read and charming Mr. Ashford, a man who is her equal in intellect and temperament. Inspired by the people and places around her, and encouraged by his faith in her, Jane begins revising Sense and Sensibility, a book she began years earlier, hoping to be published at last.

Deft and witty, written in a style that echoes Austen’s own, this unforgettable novel offers a delightfully possible scenario for the inspiration behind this beloved author’s romantic tales. It’s a remarkable book, irresistible to anyone who loves Jane Austen — and to anyone who loves a great story.

Keira Soleore writes for the International Examiner and Cogitations & Meditations. She enjoys connecting with readers on Twitter (@keirasoleore) and through her website (www.keirasoleore.com). Her interests include medieval manuscripts, philosophy, poetry, picture books, choir, sunshine and beaches. Keira is a pseudonym.
All Posts
PrevPreviousFour Reasons to Read Head Over Heels by Hannah Orenstein
NextWhat I Learned Writing About One Of History’s “Bad Feminists” by Finola AustinNext