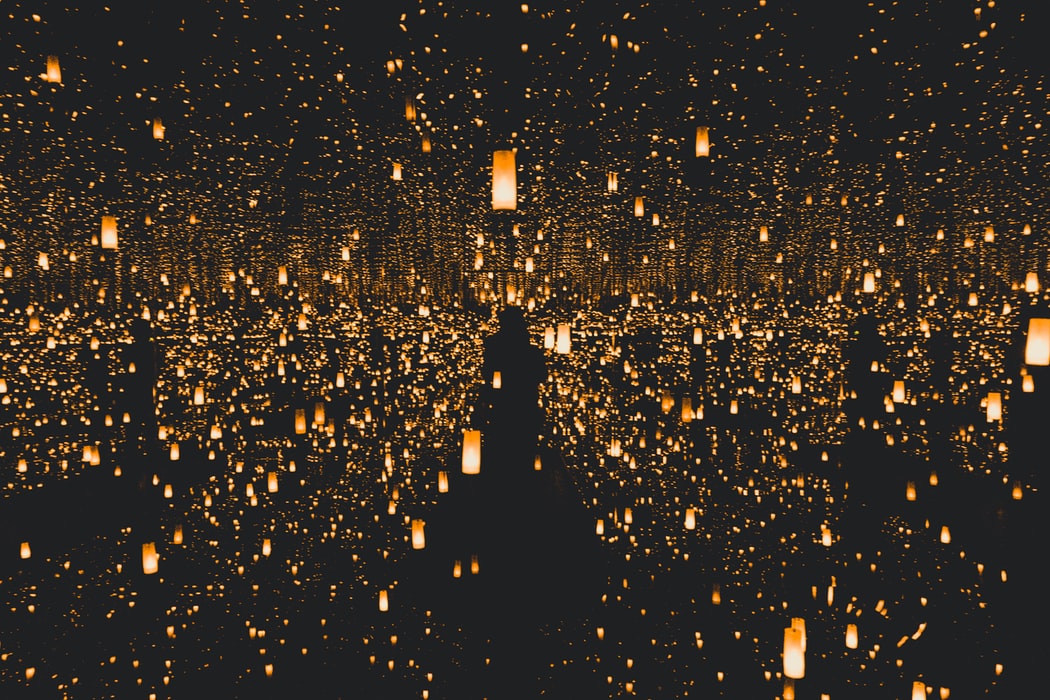 [Note from Frolic: We’re so excited to welcome author Kim Neville to the site today. She has some great recs for any magical fabulism fan. Take it away, Kim!]

My debut novel, The Memory Collectors, strikes a balance between contemporary fantasy and literary fiction. It’s what I love to write, and also what I love most to read. My favorite novels are grounded in the real world with magical elements—stories that hold space for the more mysterious and ineffable experiences in life.

Below are some new and upcoming releases in that vein that I’m particularly excited about. Not all of these books fit neatly into the category of magical fabulism but if, like me, you crave stories where reality is a little off-kilter, they are absolutely worth checking out. 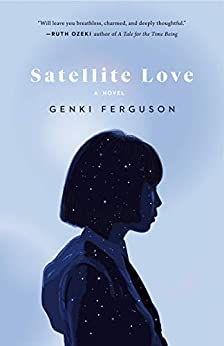 It’s the late ‘90s and Anna, a lonely teenage girl living in a city in southern Japan, looks to the stars for escape from her life. Everything changes when she falls in love with a Low Orbit Satellite (LEO) passing overhead, and when that satellite comes down to Earth to learn more about her. The premise of this debut novel immediately intrigued me, and it was an additional delight to learn that Ferguson works at my neighborhood bookstore in Vancouver. Satellite Love is perfect for readers of Haruki Murakami. 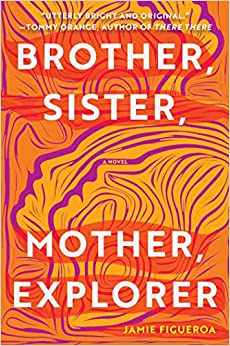 After their mother’s death, Rufina and Rafa return to their childhood home in the tourist city of Ciudad de Tres Hermanas for a final weekend. As the siblings deal with their familial and ancestral trauma, other ghosts and spirits begin to haunt them. Described as “curious and dazzling” by Booklist, this is a powerful debut that will appeal to fans of Jesmyn Ward and Tommy Orange. 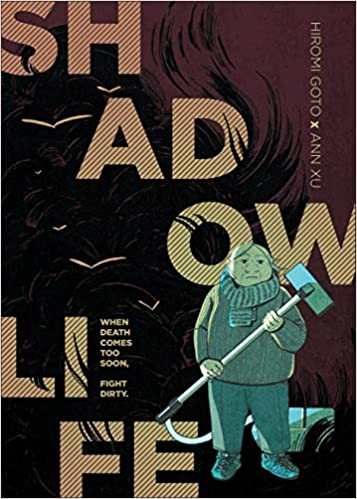 Seventy-six year-old Kumiko, a Japanese Canadian widow, is unhappy in the assisted living complex where her well-meaning daughters have placed her. She escapes and sets up in a secret bachelor pad, where she revels in life’s small pleasures—until Death’s shadow tracks her down, and Kumiko must fight for her life. Slice-of-life literary fiction meets magical fabulism in this beautiful and tender graphic novel written by poet and novelist Hiromi Goto and illustrated by debut artist Ann Xu. 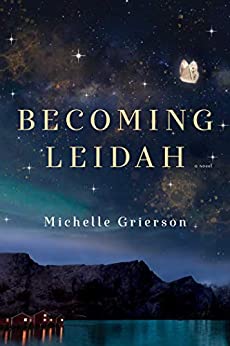 Set in 19th century Norway, this novel tells the tale of a girl born blue-skinned with webbed hands and feet. As Leidah grows and her magical ancestry becomes more evident, her mother Maeva seeks to protect her from suspicious townsfolk, while a shapeshifter watches and waits in the shadows. Becoming Leidah is a love story with mythological roots, along the lines of Alice Hoffman, Yangsze Choo, or Neil Gaiman. 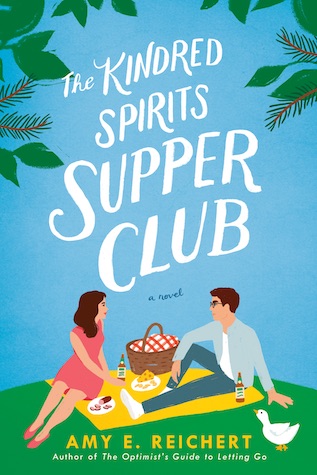 A quirky rom-com about a woman with a family curse—she can see ghosts. Jobless and alone, journalist Sabrina returns to her Wisconsin hometown where she faces not only reunions with old frenemies and exes, but also the needy spirits that come to the women in her family for help. This sounds charming and I enjoyed Reichert’s last book, The Optimist’s Guide to Letting Go, even without a fantastical twist, so I’m looking forward to her latest.

An Indian-American teen gets caught up in the alchemical adventures of his neighbors in a sharp, funny coming-of-age tale that’s part social satire and part magical fabulism. Sathian critiques the model minority narrative in what Kirkus calls “a refreshing tweak of the assimilation novel.” 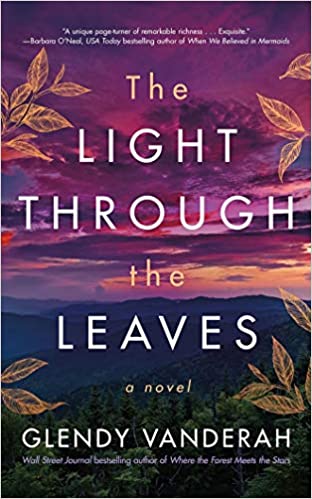 The Light Through the Leaves by Glendy Vanderah

Consumed with grief after the abduction of her daughter, Ellis leaves her husband and sons and embarks on a mountain wilderness trek. Meanwhile, Raven, a young girl living in a remote area of Washington, keeps her family’s secrets while learning to use her rare gifts. Their journeys converge in unexpected ways in this novel about forgiveness, healing, and love. If you’ve read Vanderah’s debut novel, Where the Forest Meets the Stars, you know that she draws on her knowledge of the natural world to inspire wonder and awe in her readers. 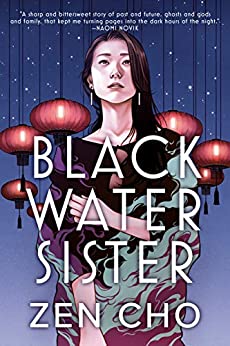 I’m a sucker for stories about psychics and grandmas, and this combines both so it sounds too good not to share. Set in modern-day Malaysia, Black Water Sister follows Jess, a reluctant spirit medium who is drawn into a world of gods, ghosts, and family secrets when her deceased grandmother begins speaking to her—and demanding help with settling an old score.

Kim Neville is an author and graduate of the Clarion West Writers Workshop, where she found the first shiny piece of inspiration that became The Memory Collectors. When she’s not writing she can be found heron-spotting on the seawall or practicing yoga in order to keep calm. She lives near the ocean in Vancouver, Canada, with her husband, daughter, and two cats. The Memory Collectors is her first novel. 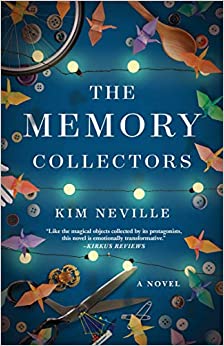 The Memory Collectors by Kim Neville, out now!

Ev has a mysterious ability, one that she feels is more a curse than a gift. She can feel the emotions people leave behind on objects and believes that most of them need to be handled extremely carefully, and—if at all possible—destroyed. The harmless ones she sells at Vancouver’s Chinatown Night Market to scrape together a living, but even that fills her with trepidation. Meanwhile, in another part of town, Harriet hoards thousands of these treasures and is starting to make her neighbors sick as the overabundance of heightened emotions start seeping through her apartment walls.

When the two women meet, Harriet knows that Ev is the only person who can help her make something truly spectacular of her collection. A museum of memory that not only feels warm and inviting but can heal the emotional wounds many people unknowingly carry around. They only know of one other person like them, and they fear the dark effects these objects had on him. Together, they help each other to develop and control their gift, so that what happened to him never happens again. But unbeknownst to them, the same darkness is wrapping itself around another, dragging them down a path that already destroyed Ev’s family once, and threatens to annihilate what little she has left.

The Memory Collectors casts the everyday in a new light, speaking volumes to the hold that our past has over us—contained, at times, in seemingly innocuous objects—and uncovering a truth that both women have tried hard to bury with their pasts: not all magpies collect shiny things—sometimes they gather darkness.