A Love Letter to Percy Jackson 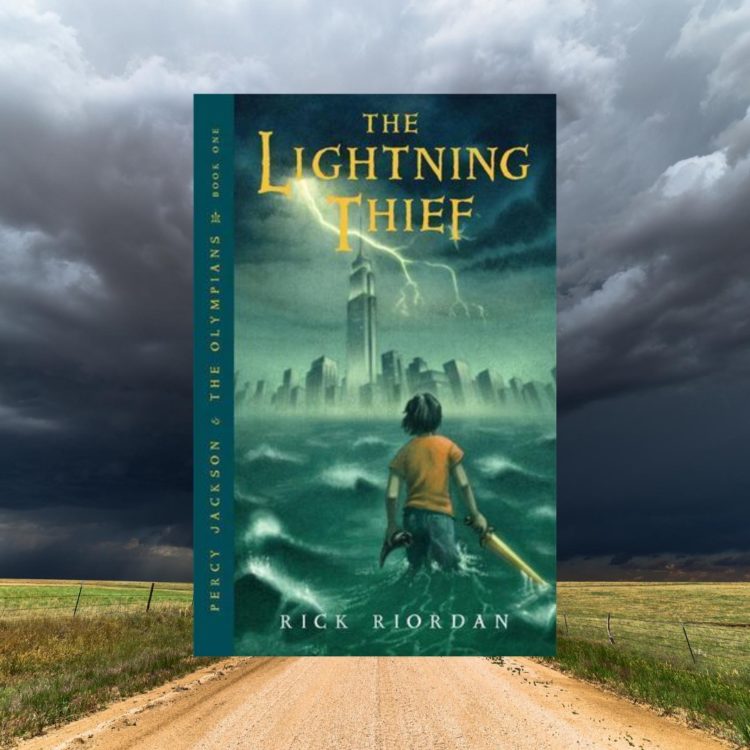 There are just some books that completely reshape the way that you think. I’ve always been a reader from as young as I can remember. My parents, also readers, used to shower me with bedtime stories and weekly trips to our local bookstore and library. It wasn’t a shock to anyone that those memories definitely stuck with me and turned me into the reader than I am today. (As I’m sure you can relate to as well).

Regardless if you have always been a reader or if you just became one (or, if you only occasionally pick up a book whenever you feel like it), all readers are valid here! I once read that humans can be referred to as “storytelling animals”, so whether you’d like to admit it or not, we carry stories around with us wherever we go!

With all the spare free time I now have, I’ve been reminiscing about some of my favorite childhood books. When I was in middle school, I used to be completely obsessed (well, enthralled is a better word for it), with Rick Riordan’s Percy Jackson & The Olympians series. If you’re unfamiliar, this series follows a young boy by the name of Percy Jackson, who soon discovers that he is the son of Posidon and the chosen one to complete a daunting quest that features some of your favorite Greek mythology!

Yes, I was that kid in middle school who knew all about the Greeks. I’ll admit that I was heavily encouraged by my 6th grade teacher, who first introduced me to mythology and eventually to Percy Jackson. So began a long journey of me devouring the first five books and buying my “Camp Half-Blood” shirt!

So, when I heard that Percy Jackson was (finally) getting a show on Disney+, I knew I had to go back and relive the childhood joy that is Percy Jackson. Aside from being my first fictional crush when I was 12, Percy (and all his friends!) are completely timeless. I recently picked up Riordan’s spin-off series The Heroes of Olympus, which explores mixed Greek and Roman mythology and features some of our favorite characters from the first novel. To say that my childhood obsession was reborn would be an understatement.

With a fresh cast of diverse characters and amazing representation, Riordan’s spin-off series makes me feel as though I am back in 6th grade, sneaking in my reading under my desk in Math class.

Since I’ve been rediscovering this world all over again, I only now realized how impactful it has been to me and so many across the world. I saw myself in Annabeth Chase, who has to rely on her smarts and wits to get herself out of so many struggling situations. It was the first time that I had really connected with any sort of character when I was younger. Since rereading these lovely books, I’ve come to realize how much Annabeth inspired my younger self to pursue my dreams and taught me how knowledge can be the greatest tool of all.

There’s a good reason why so many novels have managed to stay relevant for so long, and Percy Jackson is no exception. Rereading the classic novels and the spin-off series brought tears to my eyes (remember what I said–judgement free reading over here!). I was flooded with so many happy memories of reading them as a kid, and the fact that I’m still enjoying every second of them speaks volumes. Books have a funny way of shaping us, but I never really thought that some of my favorite books would still make me feel the same way I had felt when I first read them a decade ago. So, here is my ode to Percy Jackson & The Olympians! (Also, an offering to the Greek gods to bring nothing but good things to this new adaptation!)

What’s your favorite childhood book? How did it impact you as a kid? Share your thoughts below!

1 thought on “A Love Letter to Percy Jackson”

Wende Hurtuk is a nineteen year old English major and writer who’s been creating worlds and stories for as long as she can remember. When she’s not writing, you can find her reading or spinning some of her favorite records. She actively reviews novels on her Goodreads page and on her Instagram.
All Posts
PrevPreviousThe Romance Report Epsiode One: Xeni by Rebekah Weatherspoon
NextHistorically Yours: Top Historical Romance Picks for August 1st to 15thNext