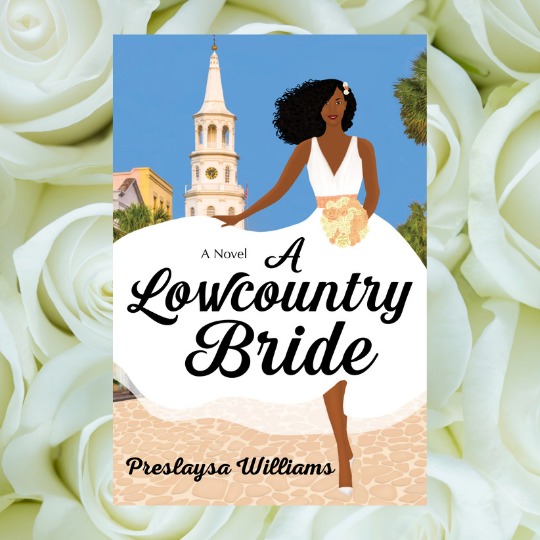 [Note from Frolic: We’re so excited to welcome editor May Chen and author Preslaysa Williams to the site today. They’re talking all things A Lowcountry Bride. Take it away, you two!]

I started writing A Lowcountry Bride over ten years ago. In 2010, I was sitting on my bedroom floor and folding laundry. My infant son was next to me in his baby carrier. Amidst all of my domestic duties, the first line for the book popped into my brain. That first line is now the beginning of Chapter Two in the finished novel.

My son is now school-aged, and I recently experienced the joy of holding my galleys of A Lowcountry Bride while my son recorded the moment on my cell phone. In that ten-year span, the manuscript for the story underwent many revisions and rejections on its journey to publication.

In 2018, I was about to give up on the book, but then I saw Avon/HarperCollins announce an open call for own voices romance manuscripts on Twitter. The tweet said that the Avon editors were taking pitches at an upcoming writers conference, and so I gave it a shot. I signed up for an appointment with Executive Editor, May Chen. I was going to give my story, which featured an Afro-Filipina bridal gown designer, another chance.

I clearly remember the day I pitched to May.  The air sizzled with nervousness, anticipation, and hope. The line extended outside the pitch room and down the hallway. I was a ball of anxiety. With so many writers present, many of whom were multi-published authors, I didn’t think I stood a chance, but I held on to a thin thread of a dream—a dream which started while folding laundry one afternoon eight years earlier.

I had memorized my pitch, but when the moment came to deliver, my words came out all jumbled and stilted. May eased into a conversation with me, and we simply chatted about the story. She suggested that I add in a subplot with the hero, Derek, and his young daughter, Jamila, in order to make the story richer. She also added that it was up to me to do so since it was my story to tell. May didn’t ask me to send her the manuscript. It was a short and sweet conversation.

May Chen: Wow! I don’t recall this but then conferences can be overwhelming for me and the days become a blur. I love that Preslaysa and I met years ago and I’m delighted to know we had a good interaction. I don’t always offer suggestions at these pitch sessions so I must’ve known even then there was potential in this novel.

Preslaysa Williams: I left that five-minute meeting with a tiny ember of possibility. I saw a door of opportunity, and I spent the next year reshaping the story. I had no guarantees of receiving a publishing contract from Avon. I was writing on a wish from a short conversation at a very busy pitch event. I didn’t even have May’s contact information to let her know that I was incorporating her suggestions into the story. If I look back on it now, I was exercising a lot of confidence and faith, much like the heroine in A Lowcountry Bride.

In 2019, I saw that Avon/HarperCollins was holding another event at a writers conference for own voices books. By this time, I had revised the manuscript, and so I quickly signed up for an appointment with May. I pitched A Lowcountry Bride to her again, but this time I mentioned that I added in the subplot we had discussed a year earlier. Did she even remember me? I didn’t know. I was acting on hope. This time May requested the full manuscript.

I left that meeting joyful. After returning home from the conference, I emailed her the manuscript and mentally braced myself for a rejection. I had been writing and submitting for eleven years and have racked up a stack of No’s from editors and agents.

A few months later, on January 9, 2020 at 11:53am May called me and said she wanted to acquire A Lowcountry Bride. I screamed over the phone when I heard the news! I definitely wasn’t cool, calm, and collected. She gave me time to think about it. After we got off the phone, I drove to Target and bought an Avon romance novel. My little manuscript was going to become a published novel. That afternoon folding laundry back in 2010 paid off in amazing ways.

May Chen: I love that Preslaysa remembers the date and exact time when I called! These are my favorite calls to make! Preslaysa’s path to publication is a great example of how timing and continuing to develop your craft play a large role. One may not have control over timing, but when an opportunity presented itself she was ready with a fabulous novel that she had been revising, shaping and refining her writing and voice over the years. She never gave up on her story, and we’re so lucky to be publishing this beautiful book.

Preslaysa Williams is an award-winning author who writes heartwarming romance and women’s fiction with an Afro-Filipina twist. Proud of her heritage, she loves sharing her culture with her readers. A graduate of Columbia University, Preslaysa is a professional actress, a planner nerd, an avid bookworm, and a homeschool mom who wears mismatched socks. 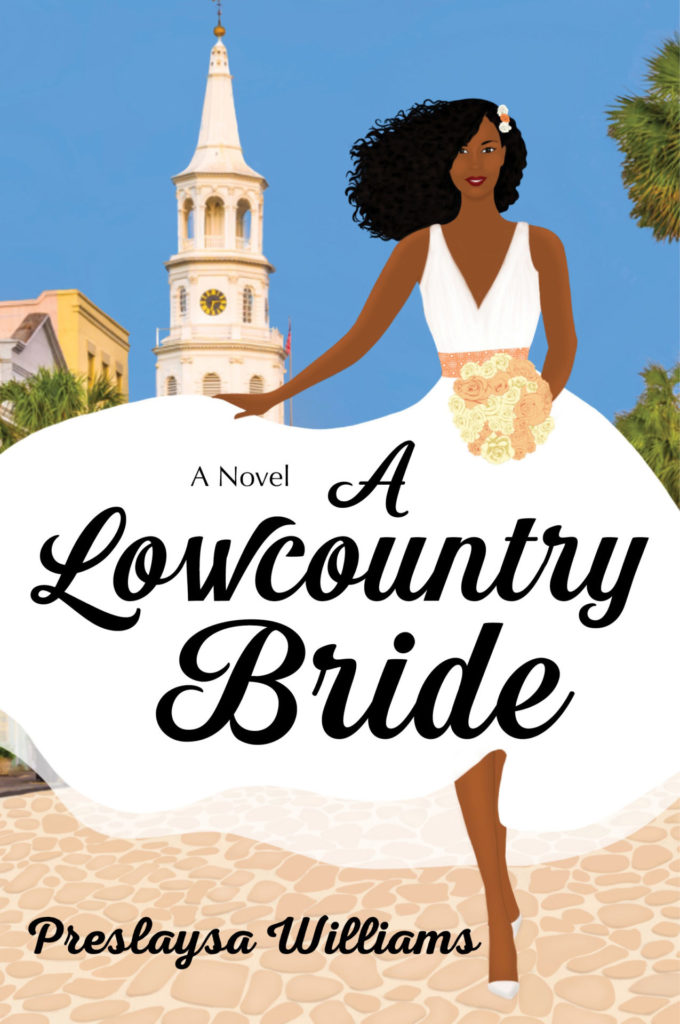 A Lowcountry Bride by Preslaysa Williams, out now!

Maya Jackson has worked for Laura Whitcomb, Inc, a renowned New York City bridal gown brand for years and dreams of becoming Head Designer. She has the talent, she just needs a chance to showcase her unique style. Due to an illness, she’s always prioritized her career over her personal life until Maya’s father fractures his hip and she returns to Charleston, SC. While home for only a few months, she’s thrilled to find an opportunity at the local bridal gown boutique, never expecting sparks to fly with its owner…

A military veteran and widowed father, Derek Sullivan hopes to save Always a Bride from bankruptcy in order to preserve the legacy of his family. He also wants to reconnect with his estranged, twelve-year-old daughter, who is still recovering from the loss of her mother. The last thing he needs is a relationship with a beautiful, smart, complicated woman who will be leaving soon.

When Derek begins to fall for the lovely Maya, he knows there’s no future. But destiny has its own plans, and these two lonely people with big hearts discover that coming home to love is the best gift life can give.

Where Romance and Pop Culture Live Happily Ever After.
All Posts
PrevPreviousMy Five Favorite Summer Romances by Beth O’Leary
NextThe Fun of Hades and Persephone Retellings by Katee RobertNext