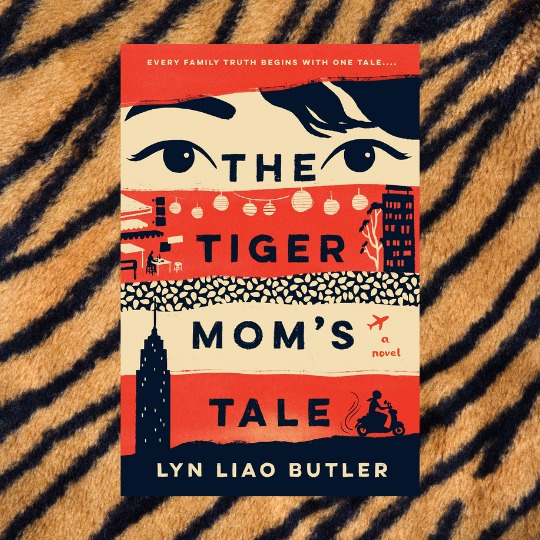 We are so excited to bring you this exclusive excerpt from The Tiger Mom’s Tale by Lyn Liao Butler! 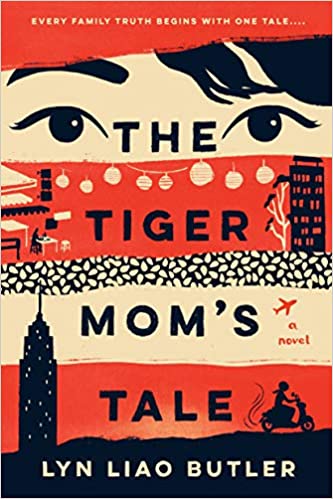 About The Tiger Mom’s Tale:

When an American woman inherits the wealth of her Taiwanese family, she travels to confront them about their betrayals of the past in this stunning debut by Lyn Liao Butler.

Lexa Thomas has never quite fit in. Having grown up in a family of blondes while more closely resembling Constance Wu, she’s neither white enough nor Asian enough. Visiting her father in Taiwan as a child, Lexa thought she’d finally found a place where she belonged. But that was years ago, and even there, some never truly considered her to be a part of the family.

When her estranged father dies unexpectedly, leaving the fate of his Taiwanese family in Lexa’s hands, she is faced with the choice to return to Taiwan and claim her place in her heritage . . . or leave her Taiwanese family to lose their home for good. Armed with the advice of two half-sisters (one American and the other Taiwanese, who can’t stand each other), a mother who has reevaluated her sexuality, a man whose kisses make her walk into walls, and her self-deprecating humor, Lexa finds the courage to leave the comfort of New York City to finally confront the person who drove her away all those decades ago.

With fond memories of eating through food markets in Taiwan and forming a bond with a sister she never knew she had, Lexa unravels the truth of that last fateful summer and realizes she must stand up for herself and open her heart to forgiveness, or allow the repercussions of her family’s choices to forever dictate the path of her life.

Just as she predicted, Andi was sitting on a bench texting away when Lexa returned to the gym floor. She tapped her on the shoulder and Andi looked up, startled.

“Oh, hey. I just got off the elliptical.” She wiped a hand over her brow. “Whew, I went hard on that thing.”

“No worries. What did your sister say?”

Lexa opened her mouth to answer but instead, to her surprise, a sob escaped.

Andi pulled her down on the bench next to her. “What happened?”

“It’s my Taiwanese father. He was in an accident. He didn’t make it.”

Lexa inhaled and breathed in the familiar smell of disinfectant, sweat and the rubbery odor of the mats in the gym. She was determined not to cry at work and it took a few minutes to get her emotions under control. “It’s okay. I didn’t really know him. We should finish your session.”

“Absolutely not.” Andi squeezed her arm. “And it’s not me being lazy. I don’t care if you weren’t close. You just found out your father died.”

Lexa blew out a breath. “Okay. But let me at least stretch you. I need to move.”

They made their way to a massage table. On autopilot, Lexa lifted Andi’s leg to stretch her hamstrings.

“You don’t talk much about your Taiwanese father and sister.” Andi shot her a questioning look. “Why is that?”

“I haven’t seen him since I was fourteen. We used to alternate traveling – I’d go there one summer and he’d come to New York to see me the next time. But then…” Lexa fell silent.

Andi waited and when Lexa didn’t continue, she asked, “Taiwan is part of China right?”

“Well.” Lexa let out a short laugh. “If you ask my father’s family, Taiwan is a separate country. They‘ve been in Taiwan for many, many generations. My father always said, ‘we’re Taiwanese, not Chinese.’”

“I didn’t know that. What about your sister?”

“We don’t really know each other. I haven’t seen her since she was ten and a half and I was fourteen. We keep in touch mostly through social media and the occasional emails or texts.” Lexa bent Andi’s leg to stretch her hips.

Andi waited a beat and when Lexa didn’t add more, she said, “Tell me about your father.”

“I’m sorry.” Lexa closed her eyes for a moment before opening them to find Andi staring at her with sympathy.

“It’s okay.” Andi reached up and touched Lexa on the arm. “You don’t have to tell me.”

Lexa bit her lip, glad for the reprieve, but then a memory came to her. Before she could stop herself, she said, “My mom thought I was half-Japanese for the first two years of my life.”

“She taught English in Japan for a year. Right before she came back to New York, she and her Japanese friends took a trip to Thailand and she met my father there. She thought he was Japanese because he was with a group of Japanese men.” Lexa focused back on the stretch and took Andi’s leg across her body into a spinal twist. “She didn’t know she was pregnant until she came home. Her friends tried to find him, but no one knew who he was.”

“She kept me, even though some people told her she should have had an abortion.” Lexa made a face. “I’m glad she didn’t.”

“Me too. And now she’s moved in with a woman.” Lexa had told Andi about Phoenix. “I love it. She’s such a free spirit.”

“My father resurfaced two years later, when my mom’s friend Kiko ran into him at a party in Tokyo. She’s the one who told him about me. Turns out he was Taiwanese. He used to live in Japan and had kept in touch with his friends there.”

Andi laughed. “That must have thrown her for a loop.”

Lexa nodded. “She was so nervous when Kiko called her and said she ran into the man my mom had an affair with. But Mom really wanted me to know my father so she asked Kiko to tell him. Kiko showed him a picture of me and he said I had the Chang jaw.” He’d claimed her as a daughter and started writing to her with the help of a friend who could read English.

“I don’t get it. Why haven’t you seen him in all this time?”

Lyn Liao Butler was born in Taiwan and moved to the States when she was seven. In her past and present lives, she has been: a concert pianist, a professional ballet and modern dancer, a gym and fitness studio owner, a certified personal trainer and fitness instructor, an RYT-200 hour certified yoga instructor, a purse designer and most recently, author of multi-cultural fiction. Her mother swears she was not a Tiger Mom to Lyn. Lyn came about her over-achieving all by herself.

Having lived in New York City for over a decade, Lyn fled for the peace and quiet of the suburbs when she married her FDNY husband. She now resides on a lake with her Fireman, their son (the happiest little boy in the world) and their two stubborn dachshunds, Pinot and Lokie. When she is not torturing clients or talking to imaginary characters, Lyn enjoys cooking, sewing purses for her Etsy shop, spending time with her family and trying crazy yoga poses on her stand-up paddleboard. So far, she has not fallen into the water yet.

Where Romance and Pop Culture Live Happily Ever After.
All Posts
PrevPreviousWhat to Read if You Love Shadow and Bone
NextFun YA Road Trip Stories to ReadNext