A Tribute to Janet Chapman 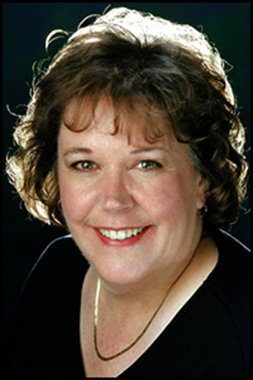 Over a decade ago, I stumbled upon an author that inspired my comfort reads list. Janet Chapman’s Charming the Highlander hit me right in the feels and is still, to this day, a book I go back to whenever life gets too hard and heavy to manage. There’s just something about her writing, the characters she creates, the stories she weaves that settles in my heart like no other. Charming the Highlander is a tale of warring Scottish clans who end up being pushed forward in time to our modern-day by a crazy magical druid. Through the course of this series, you learn that crazy old man is trying to literally save the world by getting two fated partners together so their seventh daughter can inherit his magic and take over the role of protecting the Tree of Life.

Greylen MacKeage, a medieval warrior and leader of his clan, ends up in Pine Creek, Maine. A small ski town on the side of a mountain. Not everyone survives being thrust forward in time, but the ones that do form a bond that can only be described as magical. It’s a ton of fun watching these medieval me learn how to adapt to modern technology and, more importantly, modern women with their pants and strong opinions. Brilliant scientist Grace Sutter is on her way to Pine Creek to settle up some family business. Her beloved sister died and left a sweet baby boy in her care. Her sister’s only instructions were to find the baby’s father. On her way to find him, her plane crashes on an icy mountainside. She, the baby, and Greylen are the only survivors. The events that happen next kick off a series that continues to own my heart. The Pine Creek Highlanders series has many spin-offs. Each of Greylen and Grace’s seven daughters has her own story, and eventually, they have kids that get into the mix as well. It’s a wild thrill ride of rugged mountain alpha men and the brilliant women that capture their hearts. I can not begin to explain to you the level of joy I received each time I saw Janet Chapman released a new book. I mean, she even has dragon shifters and a whole subplot about the people of Atlantis literally resurfacing. It’s brilliant and extraordinary and everything you want to read in romance.

Sadly, Janet Chapman passed away in October of 2017. At that time, my heart broke just a little bit, and I realized the greatest way to honor her was to start back at the beginning and re-read each and every book she’s ever written. You can imagine my excitement when I realized there was one last book to read. Janet had been working on Call It Magic, the seventh book in her Spellbound Falls series when she died. Enough of her final book had been completed to find an experienced ghostwriter to finish up and work on edits. Call It Magic, released earlier this month. Reading it was a gentle hug for all Janet Chapman fans. Best described as bittersweet, it was precisely the story I needed to round out my full Janet experience. Janet’s voice rings clear in Katy MacBain’s story of finding love with the town firefighter Gunner Wolfe. True to Chapman’s past, MacBain’s story is not an easy read. She has experienced some terrible things in her young life, things that could’ve broken her spirit, but she’s a MacBain (the rival clan to the MacKeage men, although that war ended long ago), and she has a bit of magic in her. I am ecstatic fans of Chapman’s work are getting this one final piece of the puzzle.

I spoke with Janet Chapman’s former agent, Grace Morgan, about Janet’s life and the final book, Call It Magic. As a way of honoring Janet’s memory and her contributions to the world of romance, she agreed to fill me in on a few personal details about the woman behind the pen.

Do you know where she got the idea for Charming the Highlander? As a fan of time travel books, I loved how she brought these Highlanders forward in time, watching them learn to adapt made me laugh. Where did all of this come from?

“Don’t know where or when she got the idea. She had been writing for years and relegating the manuscripts to a shelf in her closet.”

What made her happiest and how do you think she was able to convey that in her writing?

“She was happiest being in Maine with her family. I think her writing conveys that.”

Did she have any weird or quirky habits or processes when she wrote?

“When she didn’t want to be interrupted while she was writing, her husband, Robbie, was the gatekeeper. He made sure everyone stayed away.”

What was she like as a person and what do you miss most about her?

“What I miss most about Janet, besides our sometimes lengthy phone visits, is the sound of her voice. She had a charming lilt that always made me smile. If she had to leave a message, she would always say ‘Out running the road again, eh?’”

In what way did she use writing as a tool to display her true self?

“I think you really get to know Janet through her stories. She loved her characters and spoke about them as if they were ‘real’ friends. She was totally involved with family and any problems that were associated with everyday living. Her stories always leave you with some lessons learned.”

Do you have any special touching or funny stories you can share?

“I don’t have any funny stories that come to mind except the angst she went through each time she had to fly. Not one of Janet’s favorite things to do. She always started the conversation with ‘Do you think I really have to attend the conference?’ The answer was yes and so she reluctantly prepared for what always turned out to be a fun time. ”

How much of her final book, Call It Magic, was written after her death? It sounds very much like her voice. Did she have more books planned?

“Janet finished about 50% of the last book. Years earlier she had attended an authors/writers conference in New York and at that time I mentioned how much one of the writers wrote like her. Not exactly, but similar. When we realized that Janet would be unable to finish her story, she mentioned the New York trip and my comment at that time. We agreed she needed some help and she decided to contact the writer herself. Sure enough, the writer agreed to take on the unfinished project and Call It Magic was completed.

Janet loved her fans and wanted to be sure they would be happy with her last work.”

“Success to Janet was being able to accomplish something that you loved doing, doing it well, and bringing happiness to others as a result. And she loved to write! The families she created were as real to her as they were to her many fans. I, too, was caught up in all of her creations. I must admit, my favorite is Greylen MacKeage.

Yes, I think Janet felt she had achieved success, but I know she had much more to accomplish. She simply was not done taking us on magical adventures. She had a very special gift, indeed.”

What did she hope her legacy would be?

“Janet never spoke about her legacy, but I’m betting she hoped she brought hope, love and yes, a chuckle to us all as well as a true sense of family.”

For me, a long-time lover of Janet Chapman’s stories, she will be missed. If you haven’t read her books, you should, they are beautiful examples of unconditional love. You’ll immediately want to pack up your home and move to Chapman’s beloved Maine, it’s not just a setting, she makes it as much a character as any human in her books. Her heroes are strong, alpha men with protective streaks a mile wide but they never infringe on their heroine’s agency. The women in her books are intuitive, brilliant and never the damsel in distress. As crazy as it sounds, even Highland warriors pushed forward in time are completely relatable characters. They want we everyone wants, love, family and a future filled with the promise of happiness…with the occasional dragon thrown in for good measure! Call It Magic is out now. 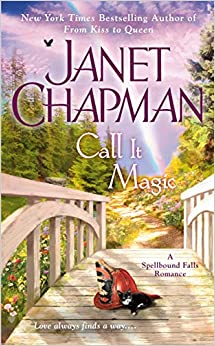 About Call It Magic:

Welcome back to Spellbound Falls, Maine where love is the greatest magic of all…

Katy MacBain moved to Spellbound Falls with secrets she plans to keep. The newest member of the Fire and Rescue Team, she disappeared for three weeks before arriving on the job. She doesn’t understand why Gunnar Wolfe the town’s interim fire chief and her boss seems determined to uncover the truth of what happened to her during that time. Or why she’s more attracted to him than she’s ever been to any other man.

A confident firefighter, Gunnar Wolfe doesn’t give up and he’s resolved to find out what’s wrong with the mysterious and beautiful Katy. Since she is the newest member of his team, he’s naturally protective of her, but he’s surprised to find himself captivated by the tenacious and talented woman who is so…magical.

Donna Soluri started in the book world as Scandalicious; now, this almost empty nester is going her own way. A lover of cupcakes, champagne, old-school rap, and Harry Styles she likes to read books with characters closer to her age still romancing and kissing and causing trouble.
All Posts
PrevPreviousDaily Frolic: Legally Blonde 3!?
NextYes, YA Historical Romances are a Thing, and You Should Be Reading ThemNext