Abdi Nazemian: This is the Story I’ve Been Wanting to Tell Since I Started Writing 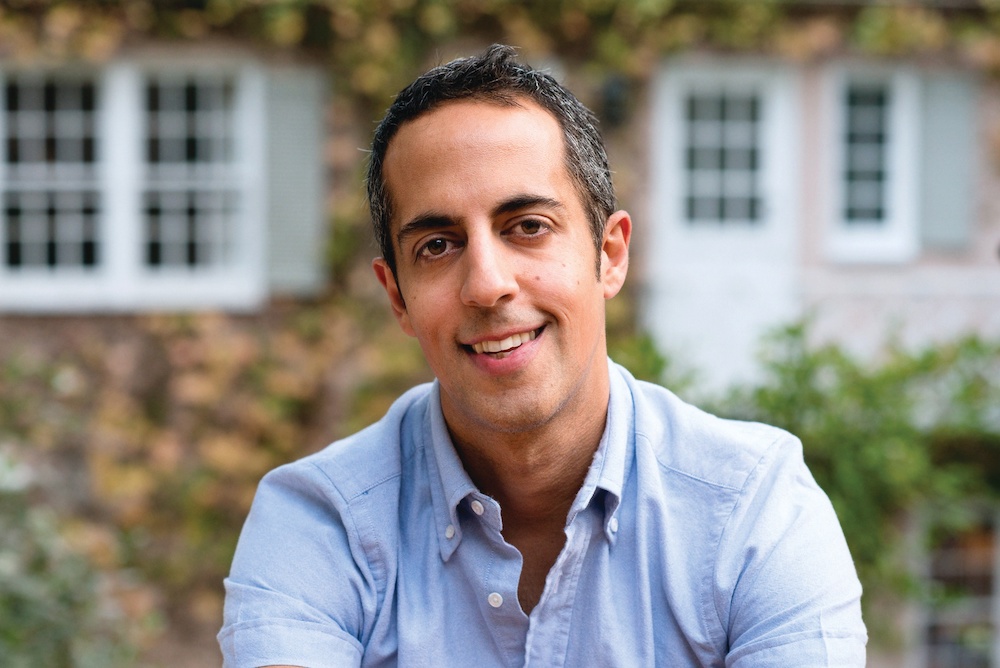 [Note From Frolic: Our resident YA expert Aurora Dominguez got the opportunity to interview author Abdi Nazemian and ask him five(ish) questions. Abdi’s novel ‘Like a Love Story‘ is out now!] 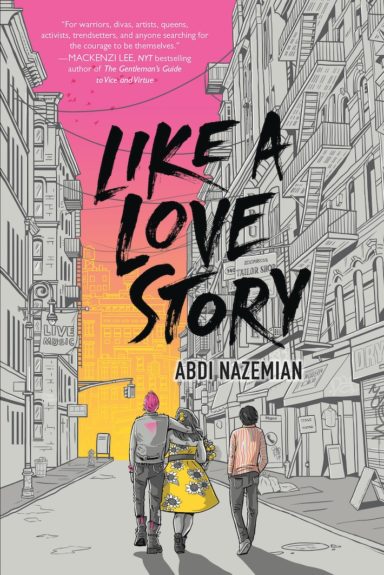 Abdi: This is the story I’ve been wanting to tell since I started writing because it’s the most personal story I can think of, and one I don’t feel has ever been told. It’s about the fear and shame I felt as a queer immigrant kid who moved to the U.S. at the height of this country’s AIDS epidemic. And it’s also the story of the way I was able to overcome that fear and shame thanks to people who allowed me to see and accept myself for the first time. I was inspired to write this in honor of so many artists, activists and friends who have allowed me to have the life I have now. ACT UP inspired me. Madonna inspired me. All the friends and teachers who accepted me as a teen inspired me. And the sense of belonging the queer community gave me inspired me. I hope the love I feel for all these people comes through in the book.

This is a tough question because I relate to all the characters. I have to or I couldn’t write them. I suppose I’m most superficially similar to Reza. Like him, I came to the United States with my family at a young age. I felt as culturally isolated as he does in the story, and carried all the shame and fear he carries. And yes, his Madonna obsession is very much my Madonna obsession. But Art and Judy are characters I relate to deeply as well. All the rage and anger I had inside me when I realized how much injustice and homophobia existed is embodied in Art. And Judy is my heart on the page. She has all the love and creativity that have guided my way forward.

Because there’s no other genre or medium giving voice to so many specific experiences. I’ve worked in film and television much longer than I have as an author, and while I love film and television, it’s a much harder medium to tell diverse stories in. One of the reasons I became an author rather than solely remaining a screenwriter is because I felt a need to tell personal stories. I didn’t want to look back at my body of work and feel that I never represented my identity as an Iranian, as a queer person, and especially as a queer Iranian. Telling these stories in film and television has proven exceptionally hard. You need money and stars to get a movie or TV show made, but in a book, all you need is readers who crave authenticity, and luckily young readers not only crave it, they demand it. As someone who never saw myself represented on the page or on the screen, it’s been truly healing to write myself into existence with my books. And that is because young adults have demanded stories like these. That’s ultimately why the books are so popular and have a voice. Young people empowered authors like me to tell our own stories, and for that I am so grateful.

Like a Love Story is about three teens: Reza, Judy and Art. Reza is an Iranian teen who moves to New York City in 1989 when his mom remarries to a man there. Though Reza knows deep down he’s gay, he’s ashamed and afraid, and deeply in the closet. When he meets Judy, a fabulous aspiring designer, they hit it off and his genuine caring for her leads to a relationship. But as he grows closer to Judy, he also develops feelings for Art, Judy’s openly gay best friend. Each teen takes turns narrating the story, which was important to me so that each perspective could be equally represented. In the book, Judy’s Uncle Stephen, a gay man living with AIDS and devoting his time to ACT UP, becomes a mentor to all three teens. He introduces them to activism and queer culture. The book is most definitely a love story, but it’s also a love letter to a time and place that means a lot to me, to activists and artists, to friendship and family, and to the queer community who came together to care for and fight for each other, and continue to do so.

For now, I’ll be supporting Like a Love Story as it makes its way into the world. I’ll be on an Epic Pride book tour with three fellow queer authors soon, and doing some author signings and festival appearances. This book is the most meaningful work I’ve done, so I’ll be showing up everywhere I possibly can to support it. Which is not to say I’m not writing. I very much am. But because I tend to discover my books and my characters as I write (I’m very much a pantser), I think the less said about that, the better. I don’t even know for sure where the next book will lead me.

My favorite writer is James Baldwin, and that answer hasn’t changed since I first discovered him as a teen. Baldwin is such a stunning writer that reading his work usually makes me want to just quit, because why try to write when he already perfected the written word? But once I accept that I shouldn’t even attempt his level of greatness, I feel inspired. I’m inspired by his prose, and by the fearless way he gave voice to queer people of color long before others were. His novels Another Country and Giovanni’s Room are books that saved me when I was young. I hope every readers finds books like these when they need them, and luckily now there are so many.

Abdi Nazemian is the author of The Authentics. His novel, The Walk-In Closet, won the Lambda Literary Award for LGBT Debut Fiction. His screenwriting credits include the films The Artist’s Wife, The Quiet, and Menendez: Blood Brothers, and the NBC television series The Village. He has been an executive producer and associate producer on numerous films, including Call Me By Your Name, Little Woods, The House of Tomorrow and Scotty and the Secret History of Hollywood. He lives in Los Angeles with his fiancé and two children. Find him online at www.abdaddy.com.

Aurora Dominguez is a high school English teacher, college professor and journalist in South Florida. Her work has appeared in The Miami Herald, Where Magazine and J-14 Magazine, all places where she worked as a writer and editor before going from the newsroom to the classroom. Her favorite days are "Caturdays," which she spends with a good book, her husband, Sebastian, and her cat, Luna. Her motto when it comes to reading: "No book left behind!"
All Posts
PrevPreviousLove This? Try That! Fanfic Edition!
NextThe Little Toe Ring: A Love Journey Through Jewelry by Lisa StraussbergNext