Addressing the Queer Elephant in the Room by J.R. Gray 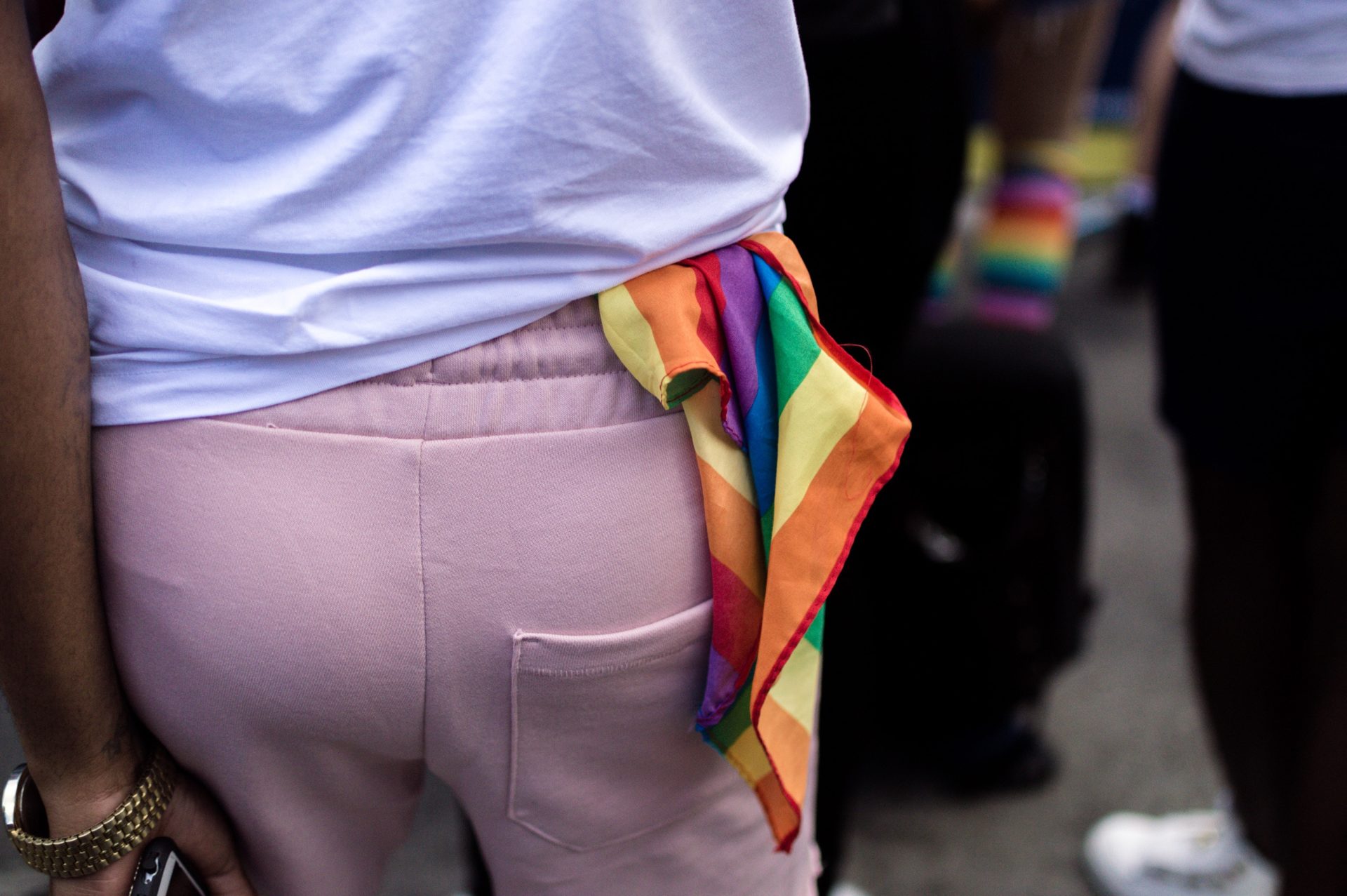 [Note from Frolic: We are so excited to have author J.R. Gray guest post on the site today. Take it away J.R.!]

I’m terrified and I don’t say that lightly. This book is something more. I love it, so much so that I’ve rewritten it three times. I don’t always love a book at this point before publication. By the time I get to release stage of a novel I’ve usually read a book so many times I don’t want to look at it again. I want it to go to the corner and not look at me. It takes me a few weeks or months to come back to enjoying my work. But those feelings aren’t the case with Speak No Evil. I really love it and I had to, to put this much work into it. I have plenty of half, or fully written books that don’t work for one reason or another, which may sit forever. 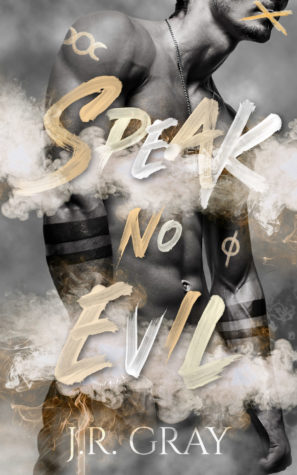 Since Weston came into my head about seven years ago he’s made me feel. He’s a complicated character. He has some internalized homophobia which happens a lot when raised in a southern religious background like he was. I’ve dealt with it myself, and it’s something a lot of gay men who were raised similarly have had to deal with. He knows he’s attracted to men but he also can’t quite admit to himself he’s this bisexual man he clearly is. He’s also never had a reason to work through it before he meets Eli. Eli is also struggling with his own sexuality but for different reasons. He’s gay, and still in the closet. But his issues are entirely different. He was raised with toxic masculinity and lived through tragedy with his first love as a teenager. He doesn’t know if he’ll ever be ready to come out of the closet. I love writing broken people. I love the beauty in telling their stories.

I don’t think enough books deal with the internalized bi-erasure, toxic masculinity, and homophobia so many of us were raised with. I’ve sat and had so many long talks with close friends of mine about our experiences growing up in families and areas that spoon fed us self hatred as children. We took it into our souls and it still affects some of us to this day. It took me years to work through my own transphobic feelings about myself before I came out as genderqueer. Even in the queer community, there is a hierarchy of toxic masculinity that makes fem men feel like they are less. This is a theme we as queer people have to face in our own community as well as in ourselves. It’s going to take a lot of self-reflection to fix it too. It deals with complicated issues that are plastered everywhere around us in advertising. It goes down to the very root of what we are attracted to as people, and we are taught.

So addressing these themes in my book terrified me but I also can’t shy away from something I know needs light. I show them, and I want people to feel them, but I also don’t just let any of these themes slide when they are verbalized. I think it’s so important to show this on the page, I like to see characters processing their own issues, because they are called out or because they self analyze. Their internal dialog has them talking themselves through these feelings and experiences and realizing how problematic even a thought can be. Because these are real human experiences and emotions and I love to write real men. Damaged and in pain and struggling, but with a happily ever after. We deserve to overcome all of our faults and to find happily ever afters. I don’t begrudge anyone who likes purely happy romance, and I read it myself, but most of my books explore different themes. These are real things queer people have to do and remember.

These topics are also important to see on page so we can call them out within our own community. Characters are one thing, but real life is a whole other situation. It’s convenient to have one character call out another and have their friendship stay the same, or them realize what they are doing is problematic, it’s a whole other ballgame to do it to our own friends and family. Even the best intentions can be taken wrong, and feelings can be hurt, but that doesn’t make addressing this topic any less important. Things don’t get changed unless they are addressed. WE have to navigate human emotions and our thoughts and feelings, which are internally tangled with every experience we’ve been through, but we have to be open to accepting the criticism and this may be the most important first step.

Ten years ago I don’t think I would have believed I could be out and happy and married to my partner. I was terrified and hated some of those parts of myself. And I thought people would hate those parts of me if I exposed them because I had been taught to believe these things. I saw how my family treated and talked about queer people and it made me hate myself for a long time. And I know I’m not alone in these feelings. I know so many queer people who went through similar processes.

I want the queer community to work through its own toxic masculinity and bi erasure.

I want fem guys to not be made to feel like they are less.

I want trans people to be fully accepted by all the other LGBTQA people.

I want asexuals to get the understanding they aren’t broken, that they deserve.

I want us all to be a little kinder and try to accept a little harder because all of us are a community and in this together.

So this book scares the shit out of me. I have lots of sensitivity readers and the feedback to get the book to the place I needed to be, took me a long time. This version of Speak No Evil is the third full rewrite. It’s strange for me to be nervous about a book. I have been through the wringer with publishing. I’ve published with a more than one publisher. I’ve self-published. I’ve been at this a long time. It’s been five years this month since my first book was released. I’ve released 12 books. Each release has been stressful and wonderful in its own way, but I have never been more nervous for a release in my life. I feel like I am exposing a raw part of my soul to the world to be judged. I never read reviews. I have a firm belief they are for readers and not for authors to look at. I try not to even read five-star reviews, so I’m not nervous about what will get said about it so much as I want to send the right message and I want those who are still suffering from these issues themselves to see there is happiness out there. 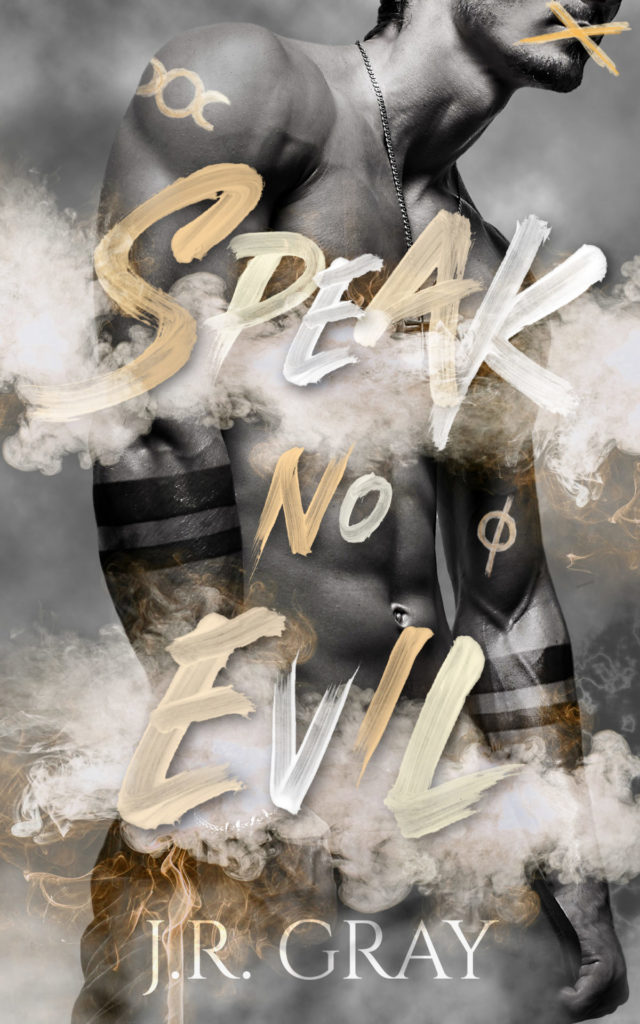 Speak No Evil by J.R. Gray out now!

Weston doesn’t believe in voodoo but that doesn’t mean it doesn’t believe in him. His life and family were steeped in the stuff and it was fine, until voodoo took everything from him, ripped his life from his grasp. And when it swallowed whole the person he loved most he had to escape.But there were consequences. His voodoo goddess wasn’t going to let go of him so easily, and her revenge was the pinnacle of evil. He could have dealt with something like impotence or boils, but this was purely depraved. She came for him and hit him where it hurts. She might as well have taken his guns.Weston found himself unable to lie. A hitman who can’t lie. What a joke.When his handler throws him a bone, a job that requires no interaction only observation, Weston takes it. He should be able to do this in his sleep, but he’s off his game. He gets way too close. Nothing is as it seems, and someone else, maybe someone worse than him, is stalking his mark. But he can’t leave the kid high and dry. Not when Eli is all he can think about.

Where Romance and Pop Culture Live Happily Ever After.
All Posts
PrevPreviousWomen Celebrating Women: Author Edition!
Next5 Questions With: E.K. Johnston, Author of ‘The Afterward’Next