Alexandra Christo: “We all want characters we can relate to.” 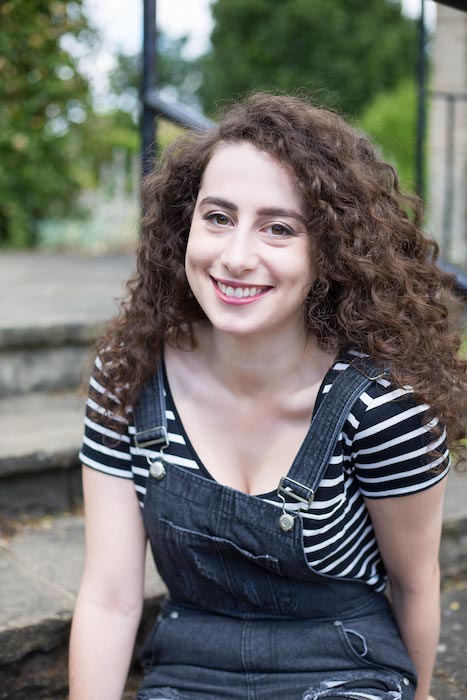 [Note From Frolic: Our resident YA expert Aurora Dominguez got the opportunity to interview author Alexandra Christo and ask her five(ish) questions. Alexandra’s novel ‘Into the Crooked Place‘ is out now!] 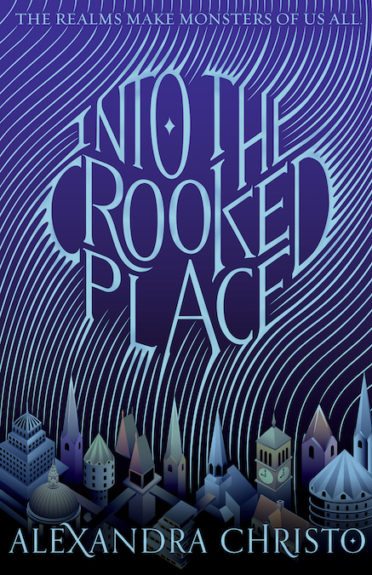 Alexandra: I love magic, plain and simple. I grew up watching magicians on TV, or seeing them perform either on the street or in theatres, and was always completely enthralled. It wasn’t just the magic though, but the way they grabbed the crowd, kept their attention, and completely fooled the audience into believing whatever they needed them to. It was the showmanship. The grand, sweeping gestures, the elaborate outfits, or the utter simplicity of something being there one moment and then gone the next. The entire performance was magic, before the magic even begun.

I wanted to mimic that and take the idea of magic—even real magic—as something that could be learned and then performed. That it wasn’t just an otherworldly thing, but a skill anyone could master with enough time and practice.

And so the Buskers came into being, and a world where magic was something to be shown and bought and sold. Something people would collect, become addicted to, and possibly even fear.

Though I’m not all that great with magic tricks and I probably couldn’t pull off steel-tipped boots and black lipstick, I think I relate most to Tavia.

She’s got a very strong sense of self, is independent and knows what she wants. She has dreams and she’s willing to do whatever it takes to get there (even if it means dealing magic until she can finally escape the city).

Tavia also tries not to let her past define her and wants to move on and make way for a better future. I think that’s something many of us can relate to!

We all want characters we can relate to, or characters that achieve something we’d like to, do or say the things we wish we could. We draw inspiration from people who fight for what they believe in and who embody our best traits and perhaps even the traits we wish we had.

I think that’s why I like writing about villains and anti-heroes—they go on a real journey throughout a book, from making mistakes (like we all do), to learning from them and changing for the better.

There’s something incredibly cathartic about seeing a character escape from their troubles or overcome their issues, whether they’re physical, mental or emotional. Perfection is dull; we want heroes in our stories who inspire us to be heroes in our own lives, even in the smallest ways.

I think it’s wonderful that people want to see characters who make mistakes and who find their strength along the way, so they can help impact real change (something so many young people are trying to do around the world today).

And I love how many books now have characters that reflect the real world: different races, religions, sexualities, family situations etc. It shows that nobody’s experience, nobody’s beliefs or choices, are invalid or less in any way. They matter and their stories deserve to be heard.

Readers can expect lots of magic, questionable morals, and fantastic bow ties (and maybe a sprinkling of murder here and there).

Into the Crooked Place is set in the city of Creije, where the streets are for the deadly and the dreamers. And four crooks in particular know just how much magic they need up their sleeve to survive.

Tavia, a busker ready to pack up her dark-magic wares and turn her back on the city that shackles her.

Wesley, the closest thing Creije has to a gangster, who won’t stop until he has brought the entire realm to kneel before him.

Karam, a warrior who spends her days watching over the city’s worst criminals and her nights in the fighting rings, making a deadly name for herself.

And Saxony, a resistance fighter hiding from the very people who destroyed her family, and willing to do whatever it takes to get her revenge.

Everything in their lives is going to plan, until Tavia uncovers a deadly new magic that will spark the greatest conflict the realms have seen in decades. Now these four magical outsiders must come together to save their home, before it’s too late. But with enemies at all sides, they can trust nobody. Least of all each other.

Into the Crooked Place is the first book in a duology, so I’m currently working on book 2 which will be out next year. I’m also working on my fourth book (where does the time go?!), though I can’t say much about that except for that it will be a wonderfully creepy standalone.

My all-time favourite authors are Libba Bray, because her Diviners series is unlike anything I’ve ever read, and Maggie Stiefvater, because her Raven Cycle series made me fall in love with fantasy all over again.

But I’m currently enjoying so many different authors that I am KICKING myself for not having read sooner. The two books I’m reading right now are: Elizabeth May’s Falconer series (set in Edinburgh about a girl who hunts deadly Fae) and John Connolly’s The Book of Lost Things (a magical fairy tale where I just want to savour every line).

Aurora Dominguez is a high school English teacher, college professor and journalist in South Florida. Her work has appeared in The Miami Herald, Where Magazine and J-14 Magazine, all places where she worked as a writer and editor before going from the newsroom to the classroom. Her favorite days are "Caturdays," which she spends with a good book, her husband, Sebastian, and her cat, Luna. Her motto when it comes to reading: "No book left behind!"
All Posts
PrevPreviousHappy 29 Month Anniversary, Captain Swan!
NextDaily Frolic: The Disney ColourPop Collection is TOO CUTENext