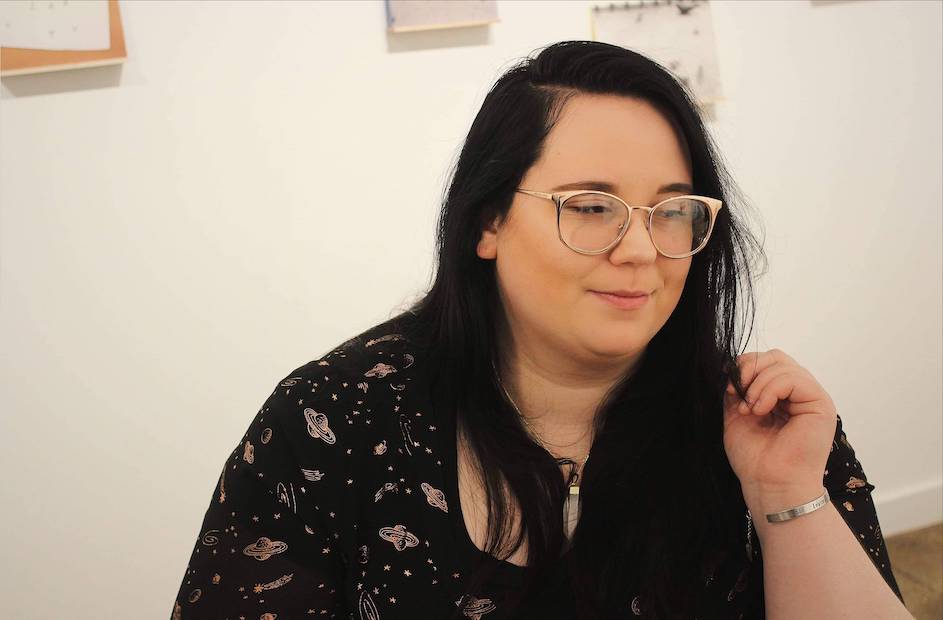 [Note From Frolic: Our resident YA expert Aurora Dominguez got the opportunity to interview author Amanda Lovelace and ask her five(ish) questions. Amanda’s novel ‘break your glass slippers‘ is out now!] 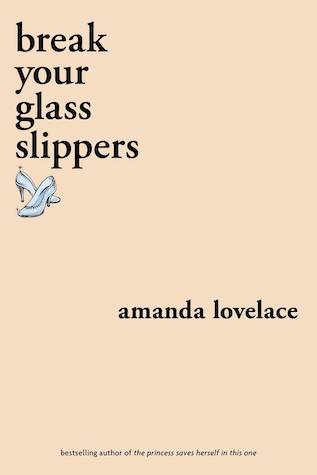 Aurora: What was your inspiration behind your most recent series?

I explore topics within the genre all throughout my debut poetry series, women are some kind of magic. The first installment, the princess saves herself in this one, is the story of my life with elements borrowed from the Grimm Brothers’ “Rapunzel”. The last installment, the mermaid’s voice returns in this one, is a tale of personal healing & growth with elements borrowed from Hans Christian Andersen’s “The Little Mermaid”.

As my first series was nearing its close, I asked myself what it was I wanted to do next, which took quite a bit of deliberating, as I now had the freedom to do anything! Ultimately, I decided I wanted nothing more than to more closely examine specific fairy tales. If our favorite favorite gals were real & living today, what would that look like? Which issues would they be facing? How would they deal, especially given the new wave of feminism, focused on female empowerment & independence? What would that mean for their “happily ever after”?

I suppose you’ll have to read the you are your own fairy tale series in order to find out! 😊

This particular collection tells the tale of a girl who’s always felt invisible—to her family, to her friends, & to the wider world. Naively, she believes that finding her one true love will fix all of her problems, like so many girls are told from a very young age. But after having some bad run-ins with love, she finally realizes a crucial truth: she doesn’t need a prince—nor a princess—to live her best fairy tale life, for she is her one true love.

Do you feel like poetry is seeing a resurgence in popularity?

I’m not privy to the numbers or anything, but every year the genre seems to get more & more popular, & honestly, it puts such a big smile on my face! When I was a teen, I used to tell people I wanted to be a poet, which was usually met with scoffing & disbelief. A career in writing—especially in the somewhat obscure genre of poetry, even now in the height of its popularity—was downright unthinkable. Now, thanks to this years-long poetic movement, so many of us get to live the “impractical” dream~

Holly Black was the first name that came to mind. Her fairy tales have been inspiring me since I was a wee girl, & she continues to inspire me as an adult with the dark & twisted Folk of the Air series!

Currently there are three installments planned for the “you are your own fairy tale” series, so I’m working on the sequel to break your glass slippers, which is tentatively titled shine your icy crown. Based loosely on the characters Elsa from Frozen & Sansa from Game of Thrones, it’s a story about finding your rightful place in a world that tells you you’re undeserving of power. Look out for it in March 2021!

In between the release of glass slippers & icy crown, though, you can enjoy my June 2020 Oracle deck, believe in your own magic. They’re Tarot-style cards based on my first bestselling & award-winning poetry series, “women are some kind of magic”, intended to empower its users through the guidance of their inner princess, witch, & mermaid!

Aurora Dominguez is a high school English teacher, college professor and journalist in South Florida. Her work has appeared in The Miami Herald, Where Magazine and J-14 Magazine, all places where she worked as a writer and editor before going from the newsroom to the classroom. Her favorite days are "Caturdays," which she spends with a good book, her husband, Sebastian, and her cat, Luna. Her motto when it comes to reading: "No book left behind!"
All Posts
PrevPreviousLore Olympus: Hades & Persephone Just Hit A HUGE Milestone
NextLove YA: Top 3 Y.A. Reads for the Week of May 26thNext