An Ode To the Supporting Characters on ‘Broad City’ 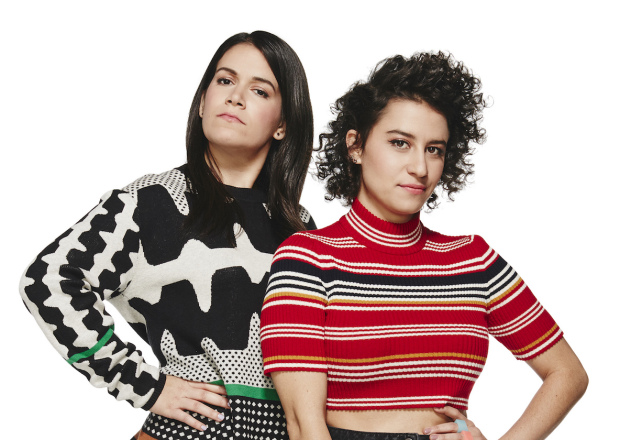 It’s almost cruelly poetic the way that the beginning of a new year is bringing about the end of an era.

In 2014, the world was blessed by the creation of Broad City, a nutty, hilarious, visionary, and hilarious show about two millennial women living their kooky lives and doing their shenanigans in New York City. Created by and Starring Abbi Jacobson and Ilana Glazer, the young women play fictionalized versions of themselves and their friendship as they work, date, and play in a heightened, sensationalized New York.

The best part about this world? The minor characters in it. One of the joys of watching Abbi and Ilana do their thing is meeting the crazy people that they interact with on a daily basis. Here, in this week’s Fangirl Corner, we’d like to share with you our favorite weirdos.

So get up, roll out of bed, and watch the final season!

Believe it or not, Bevers is not Abbi’s official roommate. He’s her roomate’s boyfriend (although we never actually meet her.) He makes Abbi’s life a living hell when he does things like forget to replace the empty toilet paper, and THROW AWAY HER BED, BATH & BEYOND COUPONS. Monster.

Bobbi Wexler is the formidable mother of Ilana, and the daughter of Esther, a woman who played for the Rockford Peaches and slept with Little Richard. She is a goddess among men who knows where to get the best knockoff handbags in town.

Jaime is Ilana’s other best friend and roommate. He is dependable, kind, and adorable.

Whackadoodle-doo is the only way to describe this nut job real estate broker who helps Abbi find a new apartment. Comedy giant Amy Sedaris gives a totally random and unforgettable performance in this episode.

She’s the glue that keeps North Brother Island out of anarchy when she denies Abbi her hot neighbor Jeremy’s mail.

When Abbi gets blackout drunk, she becomes a new person entirely: Val, the jazzy, snazzy nightclub singer from a bygone era. Technically a side character because she is Abbi’s alter ego.

Where Romance and Pop Culture Live Happily Ever After.
All Posts
PrevPrevious5 Questions With: Karen M. McManus and Megan Miranda
NextLove YA: Fantasy, Love and a Beauty and the Beast Retelling!Next