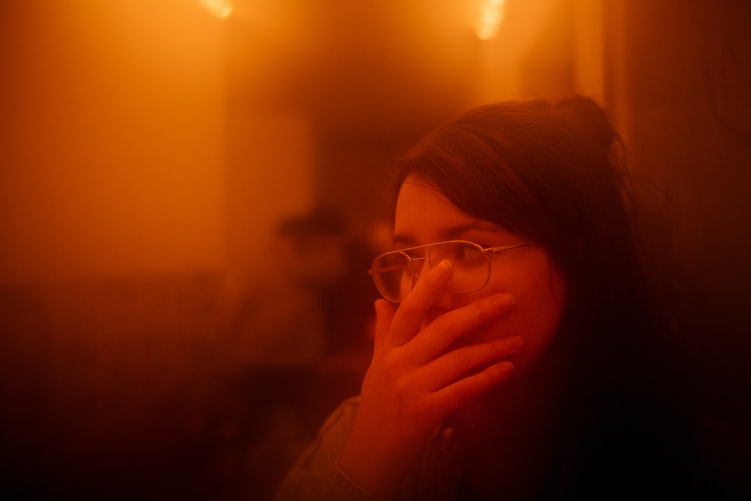 The old adage about April showers bringing May flowers applies to books, too, because this month has a bumper crop of romantic suspenses. It was almost overwhelming. Almost. Check them out! 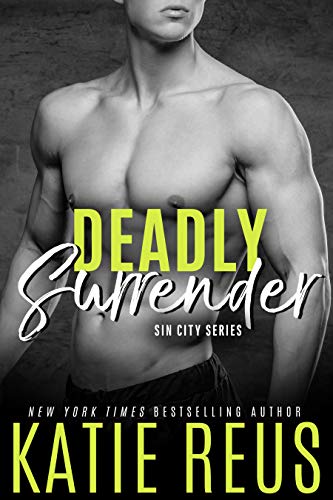 Katie Reus has become a perennial favorite of mine, because I know she delivers a solid romance with a great balance of suspense. Since she writes in a series format, there tends to be a lot of characters, who show up in all of the books. That said, you don’t have to be well-versed in her Sin City series to enjoy Deadly Surrender. This friends-to-lovers tale is satisfying, even if I wish I could occasionally interject myself into the story to tell them to snap out of it. Grace Foster is in Las Vegas for a fresh start, having been left at the alter by her fiancé. Lucky for her, Logan MacNeil is part of her group of friends helping her find her new normal. Unlucky for her, she and Logan have great chemistry and feelings for each other—Logan’s a player, and she’s got no interest in being his next interlude. But dangerous things are afoot, and these two have another attempt on their lives, so they’ve got to stick together to stay alive. And wouldn’t you know it, having to talk actually leads them to realize that she’s ready to move on, and he’s ready for her to be his final interlude. If they can just stay alive long enough to trust their chemistry and a future together. Hey, it’s Vegas, baby, where everything’s a gamble. 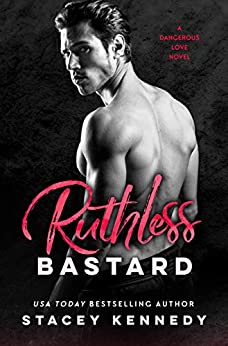 Stacey Kennedy’s Ruthless Bastard is like a cautionary tale for falling in love with a hot, broody, overprotective guy. This is another snap-out-of-it situation, because in this sexy suspense, the stakes are high. We learned from Sons of Anarchy that fighting against biker gangs in a small town is like knowingly walking over to a wall and banging your head against it. Repeatedly and for fun. Geesh, can’t a guy put on fancy leathers and ride his motorcycle without joining a gang self-destined to run guns, drugs and women? This is my favorite book in her Dangerous Love series, because I am crazy about Rhett West and Kinsley Knight. On the one hand it’s a ‘best friend’s sister’ love story that means Rhett can never repeat the one night stand he had with Kinsley, or reveal that she’s the woman he loves. But on the other, these are two robust characters who are mature, well-written and realistic in their attraction. Acting on it is tantamount to willingly going with the biker gang—denying it is so much worse, in a different way. But the heart wants what the heart wants, and in this case the danger takes a backseat to true love. Kennedy places the angst and tension in the right place—the bad guys—rather than in a loopsy-endless tug of war between Rhett and Kinsley. I loved the pacing and the danger of the story, and the way the characters circled one another while ultimately giving in to love. 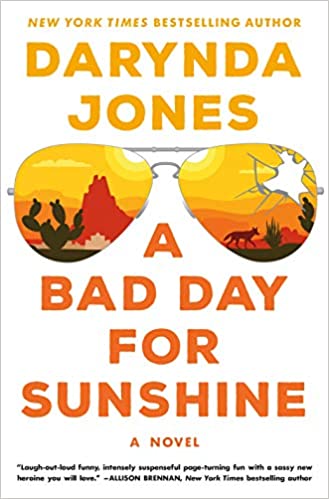 Darynda Jones kicked off a fun new series set out west with A Bad Day for Sunshine. Sunshine Vicram has returned to her childhood home of Del Sol, New Mexico a much stronger woman than when she left. For one thing, she’s the sheriff now. But she’s got her fourteen-year-old daughter, Auri, in tow, and these two women are sassy and charming, confident and capable. It’s a good thing, too, because Sunshine hits the ground running. Her first big case is the kidnapping of a fourteen-year-old girl, which proves especially stressful since Sunshine was kidnapped as a young girl, and this missing girl is the same age as her daughter. Help comes in the form of hot-ass US Marshall Levi Ravinder, reformed bad boy and former teenage crush. They’ve got chemistry out the wazoo but fight it hard. (This is another snap out of it moment.) Present are all of Jones’ hallmarks: full cast of wacky characters, quick and witty banter, cliffhangers (damnit), and strong, likeable women. It’s the perfect book for right now. If you loved Jones’ Charley Davidson series, or Charlaine Harris’ Midnight Texas series, Sunshine Vicram is the gal for you. 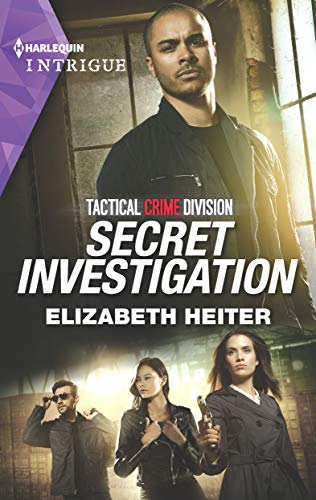 Elizabeth Heiter brings us an old-fashioned whodunit with Secret Investigation. Davis Rogers is an FBI agent in the Tactical Crime Division, and his team is investigating a contractor selling inferior body armor to the military. CEO Leila Petrov becomes his reluctant partner in the search for the culprit of the inside job. The romance takes a backseat in this suspense, but it’s a quick, light read from a new-to-me author. If you’re like my husband, who’s spending the hour or so between the end of the workday and dinner binging mystery and crime shows during the quarantine, check out this Tactical Crime Division four-book series. They’re quick reads, and much lighter than most of the romantic suspenses I typically read.

Stay sane, y’all. Find a good book, have a second cup of coffee (or wine), and be safe.

As an Amaxon Associate, we earn from qualifying purchases.

Dolly R. Sickles is a lifelong Southerner with a penchant for storytelling. She writes romances as Becky Moore and children’s books as Dolly Dozier. While she loves to read just about anything, romantic suspense is her kryptonite. When she’s not adventuring around the world with her husband and son, she teaches writing classes at two local community colleges and works on her own books. Follow her on Twitter (@drsickles) and Goodreads (dolly_sickles). Read more from Dolly: https://happyeverafter.usatoday.com/author/dolly-r-sickles/
All Posts
PrevPreviousWhat to Try if You’re Feeling Slumpy
NextMy Eclectic Workout PlaylistNext