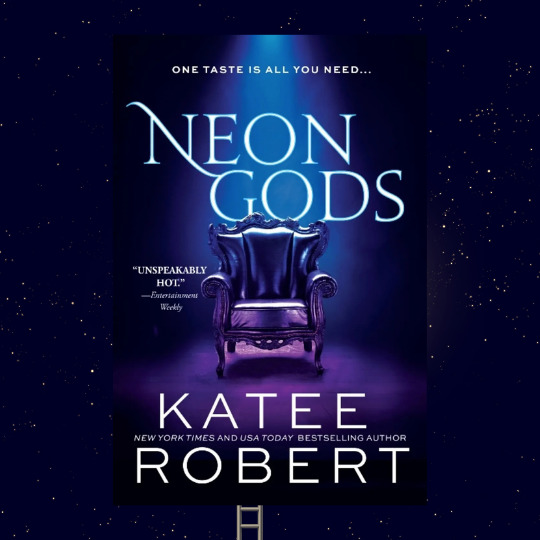 [Note from Frolic: We are so beyond excited to welcome author Katee Robert to the site today. She’s dream casting her smash hit novel Neon Gods. Take it away, Katee!]

The first thing I do when I start putting together a story is fancast the characters. I’m a very visual person and also have the memory of a goldfish, so it’s nice to have the image for reference while drafting. It’s also just flat out fun to imagine who would play your characters if the story ever made it to the big screen.

Without further ado, here is my dream cast of Neon Gods!

For Hades, it could go one of two ways. I’m not even going to lie, I was exceedingly inspired by Keanu Reeves a la John Wick while drafting. He’s got that loner with a surprisingly big heart thing going for him and I’m deeply obsessed with those movies.

Honestly, though? A few readers have said they pictured Ben Barnes while reading and I VERY MUCH approve of this casting. I think he’d make a stellar Hades.

For Persephone, I think Elizabeth Olsen would be a great fit. She’s really got the range to play the sunshine with the feral beneath that is at the core of Persephone’s personality.

I compare Demeter to Olenna Tyrell a lot, but I think the actress who do an amazing job of bringing her to life would be Sigourney Weaver.

Zeus is the villain of the story, but he’s also got an intense charisma that draws people to him and convinces them to look the other way when it comes to his darker actions. After seeing Jeff Daniels in Godless a few years ago, I’m convinced he would be a great fit for Zeus.

I think Nikki Garza would work really well Psyche. She’s a big proponent for body positivity on TikTok right now kind of similar to how Psyche uses her social media in the books.

Hermes very much embodies the trickster god she’s named for, and I would love to see Lupita Nyong’o in that role. She plays a lot of drama roles right now, but I’d love to see her give this quirky character a shot.

Dionysus is Hermes’s partner in crime, and he’s got a bit of a chaotic personality as well. I really like a lot of the roles Adam Brody has taken over the course of his career and I think he’d make an amazing Dionysus.

So there you have it! This is my dream cast of Neon Gods.

New York Times and USA TODAY bestselling author Katee Robert learned to tell her stories at her grandpa’s knee. Her 2015 title, The Marriage Contract, was a RITA finalist, and RT Book Reviews named it ‘a compulsively readable book with just the right amount of suspense and tension.” When not writing sexy contemporary and romantic suspense, she spends her time playing imaginary games with her children, driving her husband batty with what-if questions, and planning for the inevitable zombie apocalypse. 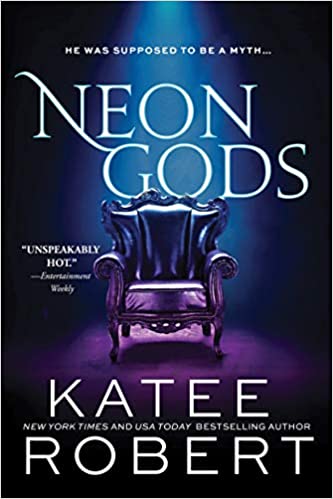 He was supposed to be a myth.
But from the moment I crossed the River Styx and fell under his dark spell…he was, quite simply, mine.

*A scorchingly hot modern retelling of Hades and Persephone that’s as sinful as it is sweet.*

Society darling Persephone Dimitriou plans to flee the ultra-modern city of Olympus and start over far from the backstabbing politics of the Thirteen Houses. But all that’s ripped away when her mother ambushes her with an engagement to Zeus, the dangerous power behind their glittering city’s dark facade.

With no options left, Persephone flees to the forbidden undercity and makes a devil’s bargain with a man she once believed a myth…a man who awakens her to a world she never knew existed.

Hades has spent his life in the shadows, and he has no intention of stepping into the light. But when he finds that Persephone can offer a little slice of the revenge he’s spent years craving, it’s all the excuse he needs to help her—for a price. Yet every breathless night spent tangled together has given Hades a taste for Persephone, and he’ll go to war with Olympus itself to keep her close…

Where Romance and Pop Culture Live Happily Ever After.
All Posts
PrevPreviousEven More Great Gay Reads: Another 7 Books Worth Checking Out by Jeff Adams & Will Knauss
NextThe Beginner’s Guide to Sci-Fi RomanceNext