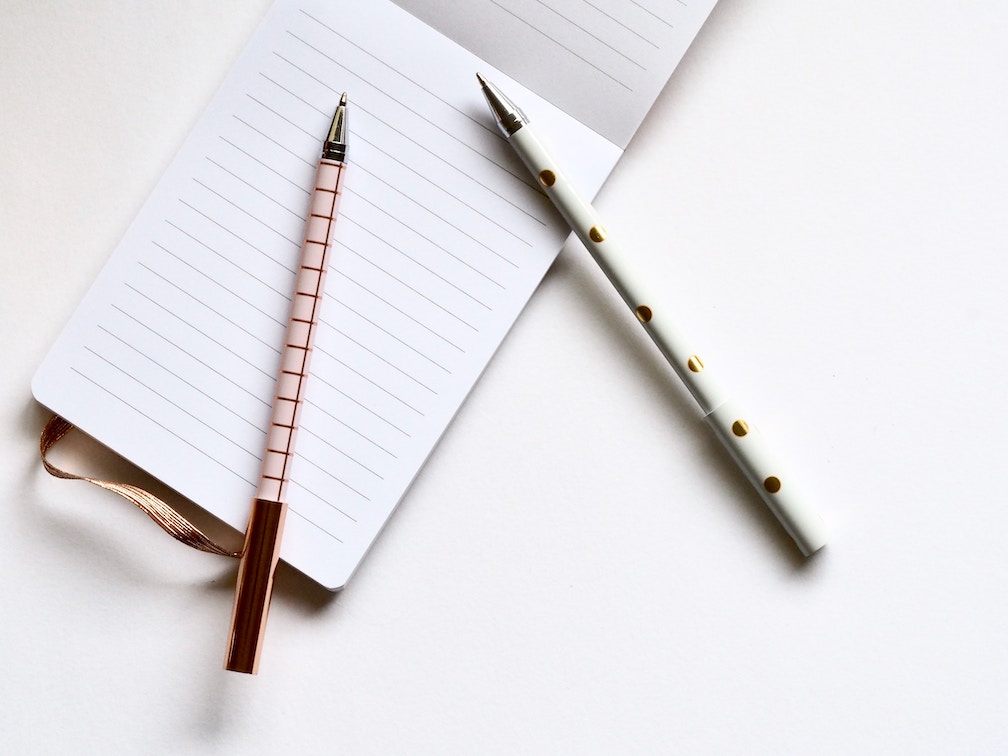 [Note from Frolic: We are so excited to share with you this Rachel Van Dyken & Larissa Ione interview about Larissa’s new book, Reaper, out now!]

Rachel Van Dyken: First and foremost I am obsessed with this series, not only is it incredibly brilliant and original, but it has some of the best world building I’ve ever seen! Okay now that that’s out of the way, I know all of us readers are anxious to hear what it felt like to dive back into this world. Were you excited? Scared? Overwhelmed? Or was it like you never took a break?

Larissa Ione: Aw, thank you so much! As a fan of science fiction from WAY back (I grew up on the original Star Trek,) world building is my favorite aspect of writing.

As far as what it was like to dive back in to the Demonica world? Well, it was most of the things you mentioned! Right after Revenant published (it was the last novel in the combined Demonica/Lords of Deliverance world) life got in the way of writing. I didn’t have the time or the concentration needed to plunge into the next phase of the plan, which is a series set in the future that’s about the children all grown up.

Enter the Demonica Underworld novella series from 1001 Dark Nights! With that, I was able to keep my toes in the water and move the world forward while working my way to the Book That Had To Happen: Reaper.

When I dove headfirst back into the writing pool with Reaper, it was exhilarating. And terrifying, for several reasons.

On a personal level, I hadn’t released a full-length novel in years. What if my writing skills were rusty? What if readers forgot me? What if…you know, lots of what-ifs. Then there was the fact that this book isn’t a romance in the traditional sense. The main couple is already together. Also, this book is a big wrecking ball. So, yeah, terrifying. But I love, love, LOVE how it turned out. I just hope readers do too!

RVD: What are you MOST proud of with Reaper? Feel free to give us a little tease too, I’m not gonna beg, but . . . okay just kidding, please?!?!

LI: You know, I’m not generally a plotter, but I plotted the hell out of this book in order to get my new series figured out, and that made it so easy to write. I’m proud of the fact that I actually sat down and worked out every little detail. That’s just not something I do, and it made a huge difference.

You want a little sample? 🙂  Here’s a snippet:

Spreading his wings, Azagoth punched power into every cell of his body and plugged into the barrier between the realms. He held his scythe over his head, drawing on the eternal hellfire that fueled Sheoul-gra, the heat of it igniting the blood in his veins like gasoline.

And the realm trembled.

RVD: It’s been a few years since you’ve been in this world, were there any surprises to you as an author? Or anything that made you go whoa, did not see that coming?

LI: Ooh, yes. But if I tell you what they are, the Grim Reaper will have to kill you. 🙂 I can, however, say that while writing Reaper, there were a lot of surprises revealed to me about the new series that will come as a result of Azagoth’s actions in the book…which is all about consequences. Consequences of past actions, of arrogance, and even of good deeds. And while not all of those consequences will be seen within the pages of Reaper, they will definitely be felt in the new series. There were a LOT of things I didn’t see coming until I wrote Reaper.

RVD: I know this is like asking to pick a favorite kid, but I’m gonna ask it anyways . . . Is this your favorite? What sets this book apart from the rest of the series?

LI: If this isn’t my very favorite, it at least ties with Passion Unleashed and Rogue Rider. I think what sets Reaper apart from every other book in the series is that, as I said above, this one isn’t exactly a romance. The main couple has been together for years, and both Azagoth and Lilliana start the book expecting a child and living their happiest lives…after a nine-month separation that took place over the course of the last three novellas (and the cookbook) in the Demonica Underworld series. One of the “rules” of romance is that you don’t separate your hero and heroine for much of the book. So what did I do? I separated Azagoth and Lilliana for almost the entire book, and that left a lot of room for the kind of writing I live for. Action. Mayhem. Blowing shit up. It was so fun to write.

RVD: What challenged you the most with this book? Was it the storyline? Characters? Arc?

LI: The biggest challenge was determining how much/little to reveal about the future, as well how to make a lot of bad stuff happen without making the book utterly depressing. Because even though Reaper isn’t really a romance, it still has to have a Happy-For-Now ending. I think I accomplished that. Fingers crossed!

RVD: You write some really sexy characters (NOT complaining), do you find the balance between suspense and romance difficult or does it come organically as the characters individually and together create the story?

LI: It’s always difficult for me. Always. I tend to write a lot of action…to the detriment of the romance. The number 1 comment I get from my editors during revisions is, “Can you ramp up the romance a bit? Or a lot?”

And that right there is why Reaper was a joy to write. Oh, there’s still romance and some hot sexy time, but because the relationships in the book have already been established, I could concentrate more on the external plots.

Writing Reaper made it clear to me I really should be writing horror. But there’s still gotta be romance. Horror romance? Romance horror? Is that a thing? It should be…

RVD: Anything else you want to share with your fans?!

LI: Yes! I’ll have news on the new series soon (tentatively titled Demonica Birthright,) but right now I just wanted to share that Pleasure Unbound and Desire Unchained, the first books in the Demonica series, are being developed into a video game! I’m so excited about it, and I’ll be sure to update everyone the moment I know more!

Thank you so much, Rachel! Let’s sit down for a drink sometime. Also, I’m CRAZY excited for Fashion Jungle next January!!!!

RVD: I’m so excited to read Reaper and I know your fan base has been dying for this book, thank you so much for taking time out of your busy schedule to chat with us!

If you’re new to the Demonica world, never fear! You can jump right in with Reaper and I strongly suggest you add this to your TBR list immediately. It’s on the top of my list of favorite paranormal series of all time and that list has JR Ward on it, just saying 😉 Happy reading, everyone!

Rachel Van Dyken is the New York Times, Wall Street Journal, and USA Today Bestselling author of regency and contemporary romances. When she’s not writing you can find her drinking coffee at Starbucks and plotting her next book while watching The Bachelor.

She keeps her home in Idaho with her Husband, adorable son, and two snoring boxers! She loves to hear from readers! Find Her Here: : http://rachelvandykenauthor.com

Air Force veteran Larissa Ione traded in a career in meteorology to pursue her passion of writing. She has since published dozens of books, hit several bestseller lists, including the New York Times and USA Today, and has been nominated for a RITA award. She now spends her days in pajamas with her computer, strong coffee, and supernatural worlds. She believes in celebrating everything, and would never be caught without a bottle of Champagne chilling in the fridge…just in case. She currently lives in Wisconsin with her retired U.S. Coast Guard husband, her son, a rescue cat named Vegas, and her very own hellhounds, a King Shepherd named Hexe and a Belgian Malinois named Duvel. Find Her Here: http://www.larissaione.com/ 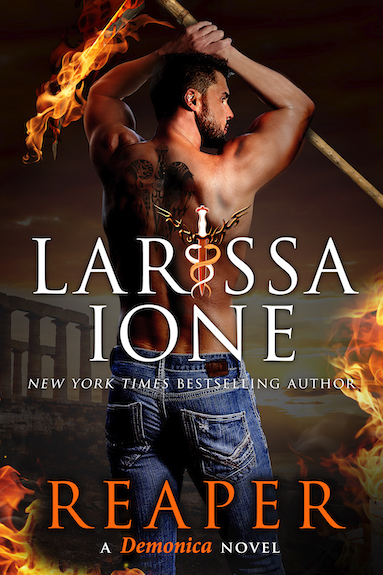 He is the Keeper of Souls. Judge, jury, and executioner. He is death personified.

He is the Grim Reaper.

A fallen angel who commands the respect of both Heaven and Hell, Azagoth has presided over his own underworld realm for thousands of years. As the overlord of evil souls, he maintains balance crucial to the existence of life on Earth and beyond. But as all the realms gear up for the prophesied End of Days, the ties that bind him to Sheoul-gra have begun to chafe.

Now, with his beloved mate and unborn child the target of an ancient enemy, Azagoth will stop at nothing to save them, even if it means breaking blood oaths and shattering age-old alliances. 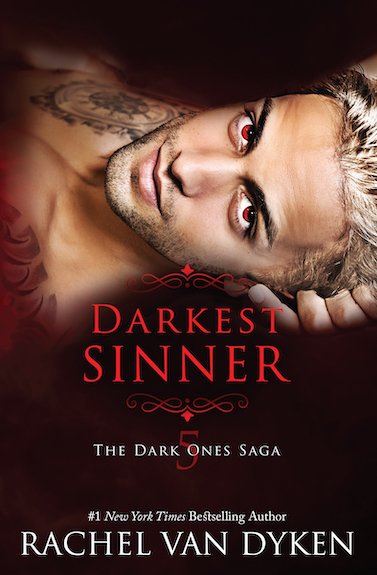 Not when everyone sees you as enemy number one, King of the demon race and yet something much more… powerful and sinister pulses beneath the surface of my skin.

It started when I met her, the power surging under my fingertips like the cruel universe was finally answering my screams at night for something more.

And just like that, the memories come, only I don’t know if they’re mine or someone else’s entirely.

Long ago, I made a bargain with a god.

A soul for a soul.

I spent thousands of years without this awareness and now?

Everything I touch turns to ash.

Even my own immortal friends fear what I am.

Everyone but her. The day to my night.

Part of me doesn’t want to know what I am.

But it’s too late, too all-consuming.

That darkness, I’m afraid. Is me.

Where Romance and Pop Culture Live Happily Ever After.
All Posts
PrevPreviousLove Emoji Dictionary: the best emojis to send to your Significant Other
NextReal Life Christmas Camp is a Thing and Yes You Are Going to Want to GoNext