Authors Vi Keeland & Penelope Ward Play This or That 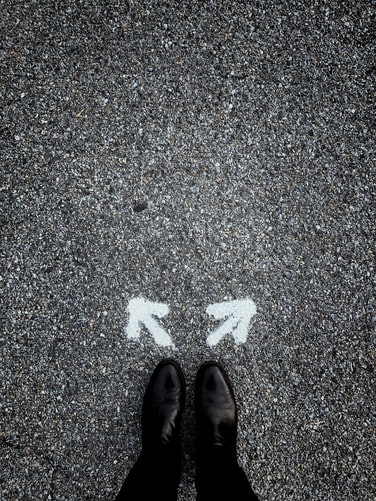 [Note from Frolic: We are so excited to have Vi Keeland and Penelope Ward playing a game of This or That on the site today! Their new novel, Happily Letter After, is out now!]

Let’s play This or That!

Enemies to Lovers!  There is nothing I love writing more than a sassy heroine and a very pissed off hero. The banter, the explosive chemistry they try to deny…it’s my absolute favorite to both read and write!

Friends to Lovers! A love story that evolves from a level of friendship and trust has so much depth. There is also something so attractive about unrequited love that builds off of a friendship, especially where one of them might be unattainable initially. I love stories that span several years and really show the slow burning growth of their connection.

One Bed OR Fake Dating?

Fake dating! Although this trope can often be extra “tropey,” I’m still a sucker for it.  Each and every time it’s the same—two characters come up with some scheme to pretend to be a couple and then…whoops, they fall in love for real. I think the thing I like best is the bond the two form while fake dating and watching that grow into something more.

One bed! I love those scenes especially during road trip books where a couple who barely knows each other might be forced to share a bed. It’s always fun to see how they sort it out, whether they opt to just go for it—and what might evolve from that!

Second Chance!  I adore a story where a couple reunites after a long period of separation. A second chance story is usually an emotional book because the couple has a lot of history and heartbreak that they need to heel.

Older Brother’s Best Friend! There is something so forbidden about this trope. It’s one I’ve yet to tackle, but one I can assure you that you’ll be getting from me in the future.

Grumpy hero!  I love reading and writing about a man who is grumpy or bitter and then watching him develop throughout the pages as he falls in love.  The grumpier, the better for me!

Grumpy heroes are the best. I think a hero who is too nice is often perceived as a doormat. It’s much more fun to watch a grumpy man slowly show his nice side. Then you can appreciate both sides of his personality.

Mistaken Identity OR Marriage of Convenience?

Marriage of convenience!  This one is actually my favorite in historicals!  Two people, often ones that can’t stand each other, get married for non-altruistic purposes, such as to gain an inheritance or ward off some kind of business takeover. I think I like this one because of the inherent friction built in and that it usually entails some sort of hate-to-love situation.

Mistaken Identity! There’s a lot of opportunity for humor in this trope, especially when a character has to improvise quickly. It can be a tricky trope to write, since the characters pretending to be someone else ultimately have to redeem themselves.

Vi Keeland is a #1 New York Times, #1 Wall Street Journal, and USA Today Bestselling author.  With millions of books sold, her titles have appeared in over one hundred Bestseller lists and are currently translated in twenty-six languages. She resides in New York with her husband and their three children where she is living out her own happily ever after with the boy she met at age six.

Penelope Ward is a New York Times, USA Today and #1 Wall Street Journal bestselling author of contemporary romance With over 2-million books sold, she is a 21-time New York Times bestseller and the author of over twenty novels. Her books have been translated into over a dozen languages and can be found in bookstores around the world. She resides in Rhode Island with her husband, son, and beautiful daughter with autism. 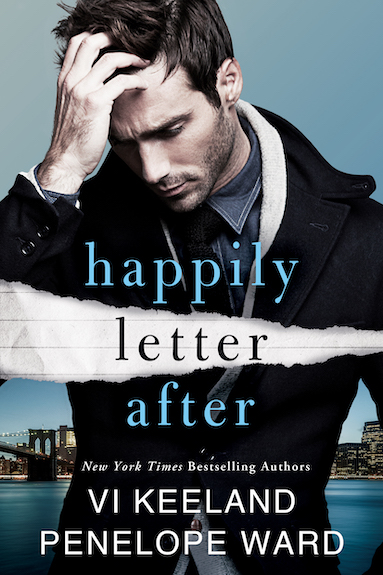 Happily Letter After by Vi Keeland and Penelope Ward, out now!

From New York Times bestselling authors Vi Keeland and Penelope Ward comes a love story about taking chances and the surprises that come with them.

My love story all started with a letter.

Only it wasn’t from the man I’d eventually fall in love with. It was from his daughter. A sweet little girl named Birdie Maxwell who’d written to the magazine that I worked for.

You see, once a year my employer fulfilled a few wishes for readers. Only that column didn’t start up again for months.

So I fulfilled some of her wishes myself. It was harmless…so I thought. Until one day I took things too far.

While anonymously granting yet another of Birdie’s wishes, I got a look at her father. Her devastatingly handsome, single dad father.

I should have stopped playing fairy godmother then. I should have left well enough alone. But I just couldn’t help myself. I had a connection to this girl. One that had me acting irrationally.

Where Romance and Pop Culture Live Happily Ever After.
All Posts
PrevPreviousTrope Rec Tuesday: There’s Magic in the Air!
NextErica Ridley and Priscilla Oliveras Bring the Love!Next