Best Sex I Ever Read by Alexis Hall

[Note from Frolic: We are so excited to have author Alexis Hall guest post on the site today. Take it away, Alexis!]

To me, a sex scene is just a scene. And what distinguishes it from a non-sex scene is less that it involves fewer clothes or more things going into other things than that it shows a number of characters in an intimate relationship demonstrating the intimacy of their relationship.

Which is why when asked to write a short piece on the best sex I’ve ever read I chose Jane Eyre. No, stay with me here. I promise this will make something like sense at the end. 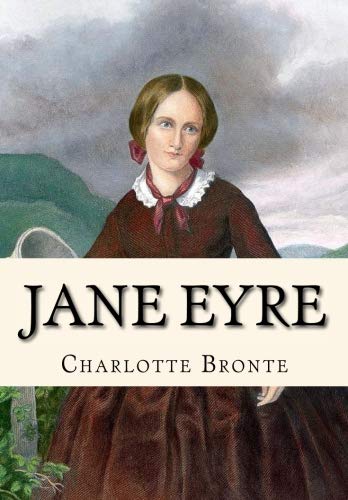 Specifically, the scene I want to talk about is the one where Jane—at the end of her tether due to Rochester’s dicking about with Blanche Ingram—confronts him about his behaviour. And, yes, they’ve both got their clothes on and, yes, the only thing making anything wet is the rain but the whole thing is still written like a sex scene. It’s just all in code because Victorians.

For a start, it takes place outdoors, which in the deeply repressed language of the 19th century is effectively the same as taking place in bed. When people are inside, they have a clearly defined place and social role that they cannot step beyond because that would instantly destroy society as we know it. Put them in a garden, though, and all bets are off. In Pride & Prejudice, we know Elizabeth is unconventional because she likes wandering around in bad weather. The first time Darcy proposes to her, they’re inside, he’s obsessed with the differences in their social position, and he goes down in flames. The second time, they’re having a walk and he’s learned how to human, so it all goes much better. And, before anyone says anything, I know Austen is Regency not Victorian and, there’s half a century’s difference. Don’t @ me.

But, anyway. Back to Jane and Rochester: they’re outside and it’s getting stormy—which is kind of pathetic fallacy 101. Their passions they are raging, like the weather, it is raging, oh d’you see. And there’s the, y’know, word stuff—long sentences that slowly gather momentum, quicken breathlessly and finally release themselves in an epic feelingsgasm.

The vehemence of emotion, stirred by grief and love within me, was claiming mastery, and struggling for full sway, and asserting a right to predominate, to overcome, to live, rise, and reign at last: yes,—and to speak.

Then there’s the way Jane and Rochester talk to each other, every line a fragment that echoes, reflects and completes the one before it.

“Where do you see the necessity?” he asked suddenly.

“In the shape of Miss Ingram; a noble and beautiful woman,—your bride.”

“But you will have.”

“Then I must go:—you have said it yourself.”

“No: you must stay!  I swear it—and the oath shall be kept.”

You can see where I’m going with this, right? I’m saying it’s like they’re totally doing it. But instead of touching and being touched, they’re speaking and being heard.

And finally we’ve got Jane’s speech:

“I tell you I must go!” I retorted, roused to something like passion.  “Do you think I can stay to become nothing to you?  Do you think I am an automaton?—a machine without feelings? and can bear to have my morsel of bread snatched from my lips, and my drop of living water dashed from my cup?  Do you think, because I am poor, obscure, plain, and little, I am soulless and heartless?  You think wrong!—I have as much soul as you,—and full as much heart!  And if God had gifted me with some beauty and much wealth, I should have made it as hard for you to leave me, as it is now for me to leave you.  I am not talking to you now through the medium of custom, conventionalities, nor even of mortal flesh;—it is my spirit that addresses your spirit; just as if both had passed through the grave, and we stood at God’s feet, equal,—as we are!”

Which brings me back to what I think sex scenes are all about. In this moment, Jane shows herself to Rochester—it’s 1847, so they’re both wearing about sixty layers of starch and crinoline but they might as well be naked right now—casts asides all the trappings of, as she says, “custom, conventionalities […] even mortal flesh” and declares herself his equal. And, obviously, this is some bold shit because Rochester is wealthy, male, older and, oh yes, her employer so, by any measure her society would accept, she definitely isn’t. Basically, this is social equality kink.

And Rochester just goes with it, his words still echoing and converging with hers—again, like bodies coming together in a sexy way except verbally. And for what it’s worth, there’s some fairly hardcore religious stuff going on here too, with Jane’s declarations and Rochester’s responses forming a kind of catechism. But, this article is supposed to be about sex. And there’s a reason Salt ‘n’ Pepa never had a hit with “Let’s talk about the remnants of Catholic liturgy in the cultural practices of Anglican writers in the mid-ninetieth century bay-be.”

So basically what I’m saying is sex (in genre romance at least) is about intimacy and abandon. It’s about two, or more, or indeed fewer if you’re into that, people coming together from a place of developing trust and emotional vulnerability. And you can have that even if no-one gets their knob out.

Alexis Hall is a pile of threadbare hats and used teacups given a semblance of life by forbidden sorcery. He sometimes writes books. 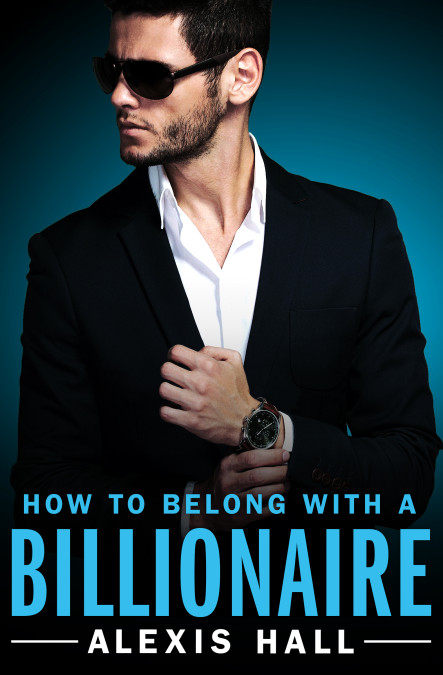 How to Belong with a Billionaire by Alexis Hall, out today!

If you love someone, set them free…

I thought I’d be okay when Caspian Hart left. He was a brilliant, beautiful billionaire with a past he couldn’t escape. And I was . . . just me: an ordinary man lost in his own life. It would never have lasted. It should never have happened. Not outside a fairytale.

And I am okay. I’ve got my job, my family, my friends, and everything Caspian taught me. Except it turns out he’s going to marry his ex-boyfriend. A man who doesn’t understand him. A man who almost broke him. And I’ve finally realized it’s not enough for me to be happy. I need Caspian to be happy too.

Problem is, I’ve already done all I can to help him. I’ve followed his rules and broken his rules and learned his secrets. And he still won’t believe I can love him. So now it’s his turn. His turn to fight, and trust, and hope. It’s time for Caspian Hart to choose me.

Where Romance and Pop Culture Live Happily Ever After.
All Posts
PrevPreviousDaily Frolic: These Bookmarks are Seriously Too Cute
NextLove This? Try That! Taylor Swift EditionNext