Bite into This Vampire Romance Playlist 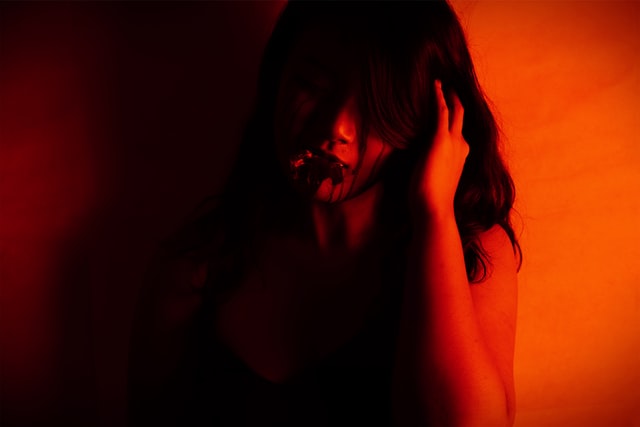 I am a complete sucker for vampire novels, no pun intended. There’s just something so compelling about them! If you, like me, can’t get enough of those fanged hotties, you’ll love this playlist I’ve put together.

One of my favorite songs of all time, this anthem screams dangerous times in dark alleys. This one’s for the alt-rock girlies.

I first heard about this song because it was on the Teen Wolf soundtrack. It’s super dark and EDM-y, perfect for taking a run or dancing alone in your bedroom. Of course, I thought of this one because of the band name, “Fake Blood.”

Miniature Tigers is a huge throwback for me. I used to listen to this song all the time in college. It has the vibe of an absurdist vampire novel and I can’t get enough of it. If you like this song, you’ll also like their song “Cannibal Queen.”

You know that scene in YA books just after a huge fight, where the hero and heroine take a breather and probably make out? That’s what this song reminds me of!

Chronicles of a Fallen Love by the Bloody Beetroots

Another band that I know about because of Teen Wolf. MTV shows truly have the best taste in music, because, duh! I don’t listen to a ton of electronic music, but The Bloody Beetroots is a clear exception.

Blood in the Cut by K. Flay

Another super dark song that makes me think of a vampire stalking the night. This alt-rock ish song is, like Yes / No, perfect for working out and getting that blood pumping…pun inteded.

Bringing back the romance briefly with this cute song by Flor. Flor comes up on my daily mix all the time and I really enjoy their music. I’m partial to the Messyhair remix of this song because it was the first version I heard.

I Don’t Wanna Forget You by Divided Minds

This one is a clear Damon Salvatore reference. In some vampire novels/shows, vampires are equipped with mind control. Can you imagine anything more heartbreaking than falling in love and then being forced to forget them?

Demons by Against the Current

I’m obsessed with Against the Current, especially their latest album. Their song Demons is perfect for this playlist because it slows things down a bit, much like those calmed down moments after a vicious battle against vampiric enemies.

This is a great song and a great way to end this playlist. Listen to this in your bedroom getting ready in the morning and you’ll find it on repeat in no time!

What songs make you think of vampires? Comment below!

Where Romance and Pop Culture Live Happily Ever After.
All Posts
PrevPreviousBook of the Week: Unexpectedly Wed to the Officer by Jenni Fletcher
NextWeekend Podcast Guide: Staying Strong and Goosebumps Books!Next