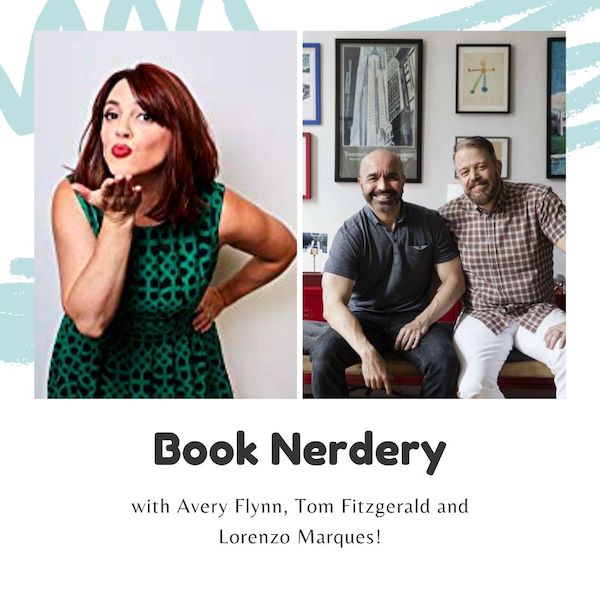 Note from Frolic: In this installment of Avery Flynn’s Book Nerdery series she will be interviewing the amazing duo Tom Fitzgerald and Lorenzo Marquez all about their new book Legendary Children (and Ru Paul’s Drag Race), out today!

The bloggers behind the massively popular site Tom and Lorenzo, Tom Fitzgerald and Lorenzo Marquez offer their unique take on all things fashion and pop culture-related every day to an audience of more than seven million readers a month. They’ve appeared three times on Sundance Channel’s All on the Line, with Joe Zee, in which Joe called them “two of the most important fashion bloggers today,” made a dozen-plus appearances on Sirius XM Radio’s “The Derek & Romaine Show,” and have been profiled, quoted or interviewed by The New York Times, The Wall Street Journal, the Los Angeles Times, National Public Radio, Entertainment Weekly, People, Vanity Fair, Elle, Rolling Stone, the Daily Telegraph, The Huffington Post, Slate, The Guardian, and Newsweek, among others. They live in Philadelphia. 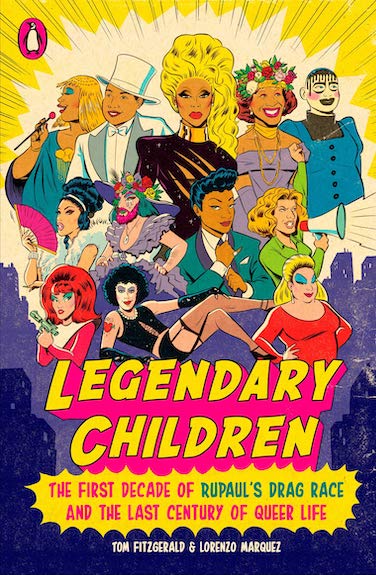 Legendary Children: The First Decade of RuPaul’s Drag Race and the Last Century of Queer Life by Tom Fitzgerald and Lorenzo Marquez

From the singular voices behind Tom and Lorenzo comes the ultimate guide to all-things RuPaul’s Drag Race and its influence on modern LGBTQ culture. Legendary Children centers itself around the idea that not only is RuPaul’s Drag Race the queerest show in the history of television, but that RuPaul and company devised a show that serves as an actual museum of queer cultural and social history, drawing on queer traditions and the work of legendary figures going back nearly a century. In doing so, Drag Race became not only a repository of queer history and culture, but also an examination and illustration of queer life in the modern age. It is a snapshot of how LGBTQ folks live, struggle, work, and reach out to one another–and how they always have–and every bit of it is tied directly to Drag Race. Each chapter is an examination of a specific aspect of the show–the Werk Room, the Library, the Pit Crew, the runway, the Untucked lounge, the Snatch Game–that ties to a specific aspect of queer cultural history and/or the work of certain legendary figures in queer cultural history.