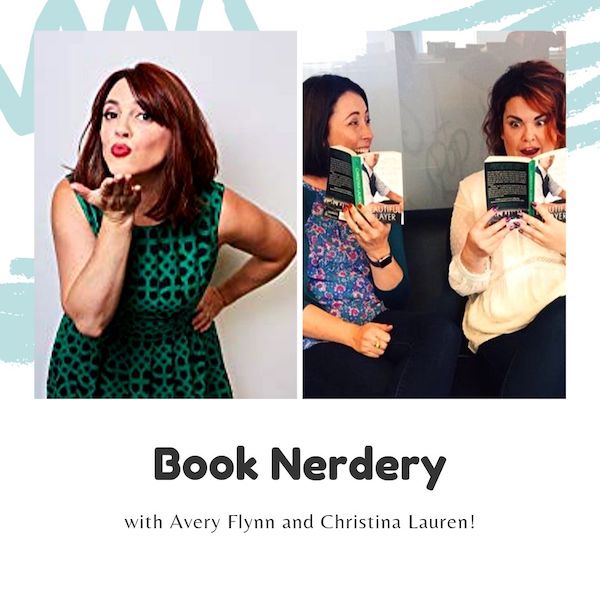 Note from Frolic: In this installment of Avery Flynn’s Book Nerdery series she will be interviewing the delightful duo that make up Christina Lauren all about their new novel Twice in a Blue Moon, out tomorrow!

Christina Lauren is the combined pen name of long-time writing partners and best friends Christina Hobbs and Lauren Billings. The #1 international bestselling coauthor duo writes both Young Adult and Adult Fiction, and together has produced fifteen New York Times bestselling novels. They are published in over 30 languages, have received multiple starred reviews, won both the Seal of Excellence and Book of the Year from RT Magazine, been inducted into the Library Reads Hall of Fame, named Amazon and Audible Romance of the Year, a Lambda Literary Award finalist and been nominated for several Goodreads Choice Awards. They have been featured in publications such as Forbes, The Atlantic, The Washington Post, Time, Entertainment Weekly, People, O Magazine and more. Find them here: http://christinalaurenbooks.com/ 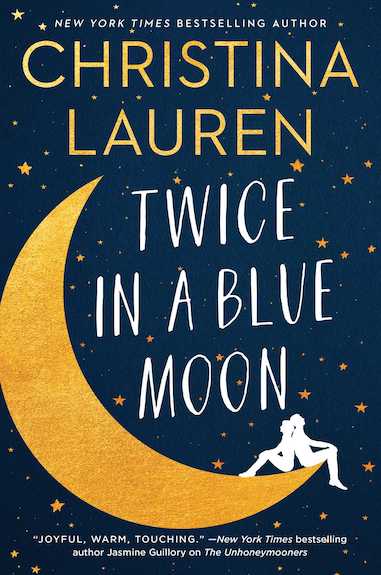 Twice in a Blue Moon, out tomorrow!

Sam Brandis was Tate Jones’s first: Her first love. Her first everything. Including her first heartbreak.

During a whirlwind two-week vacation abroad, Sam and Tate fell for each other in only the way that first loves do: sharing all of their hopes, dreams, and deepest secrets along the way. Sam was the first, and only, person that Tate—the long-lost daughter of one of the world’s biggest film stars—ever revealed her identity to. So when it became clear her trust was misplaced, her world shattered for good.

Fourteen years later, Tate, now an up-and-coming actress, only thinks about her first love every once in a blue moon. When she steps onto the set of her first big break, he’s the last person she expects to see. Yet here Sam is, the same charming, confident man she knew, but even more alluring than she remembered. Forced to confront the man who betrayed her, Tate must ask herself if it’s possible to do the wrong thing for the right reason… and whether “once in a lifetime” can come around twice.

2 thoughts on “Book Nerdery with Avery Flynn and Christina Lauren!”