Book of the Week: A Lady’s Dream Come True by Grace Burrowes 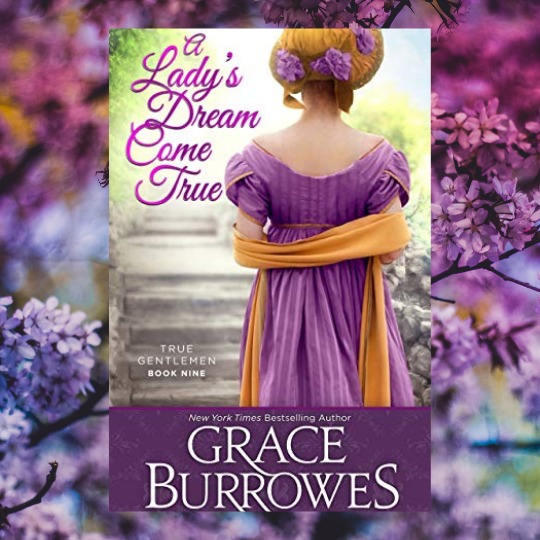 Grace Burrowes’ True Gentleman series is truly fabulous. Self-published at an astonishingly rapid rate, the books have been very popular among historical romance readers. A Lady’s Dream Come True has a special place in my heart because it is the story of a dreamy artist who comes into his own. His growth from self-involvement into a dashing, caring man and an artist of integrity is lovely to watch. 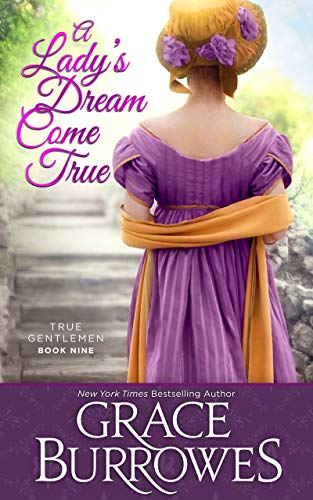 Verity “Vera” Channing is the widow of a famous artist. She had been his port while he lived in the eye of the storm. While she loved her husband, the shadow of his beloved, now dead, mistress had been constantly between them in their marriage. She knew that her husband was fond of her, like a much older husband is of a young wife, but he was still in love with his first love. Vera liked her life neat, orderly and quiet. Her husband was flamboyant and kept the company of hedonistic artist friends and expected her to turn the other cheek when those friends importuned her. But now that he had passed on, her life was exactly how she wants it to be.

However, she is short of ready cash to sustain her modest life, manage her son’s estate, and dower her stepdaughter. So she decides to sell some of the art in her house. But before she can do so, she needs an artist to appraise and restore some of the older ones. And this is how Vera and Oak Dorning meet.

Oak Dorning is one among many brothers, forever overlooked and dismissed. While being loved, his family doesn’t expect much from him. He considers himself slender, unpolished, unsophisticated, impulsive, trusting, and lacking business acumen as compared with his brothers. He comes to Vera’s home with no expectations other than fulfilling his assignment.

This is the first time, he’s being paid for his artistic ability, and he wants to prove himself worthy of the task. Burrowes does a wonderful job of showing how this builds him up in his own mind. Now, he wasn’t just someone who dabbled in art, rather, he was an artist. Similarly, Vera’s growing attraction to him, makes him start believing in his own virility. He has always felt “less than” his whole life. Now seeing Vera looking up to him as handsome and accomplished makes him feel he can achieve anything.

Burrowes truly knows how to create characters who are out of the ordinary in their reactions. When you have read as many romance novels as I have, you run across clichéd reactions from characters in standard romantic situations. This story is a close proximity trope, inevitably leading to an affair. But how they get there is what displays an author’s skill. Burrowes’ protagonists approach each other with great care for the other’s feelings, situation in life, goals and dream. There is attraction, most definitely, but it is tempered with respect and consideration of the whole person.

And yet, attraction and love grows between them apace. As philosopher Pico Iyer says, “So what do we have to hold on to? Only the certainty that nothing will go according to design.” How Vera and Oak navigate their feelings and work with each other to build a life wholly satisfying to both is the heart of the book and where Burrowes’ writing talent shines.

There is much more to A Lady’s Dream Come True than the romance. There’s a mystery and nefarious goings-on involving secret art, nude paintings, the Royal Academy, and corrupt men of influence and power. Caught in the midst of all these machinations is our couple. How they handle the situation individually and together is the making of them.

The narrative is rooted in a storytelling tradition that is wholly engrossing, and Burrowes’ language is unafraid of its own imaginative richness. A story not to be missed.

Keira Soleore writes for the International Examiner and Cogitations & Meditations. She enjoys connecting with readers on Twitter (@keirasoleore) and through her website (www.keirasoleore.com). Her interests include medieval manuscripts, philosophy, poetry, picture books, choir, sunshine and beaches. Keira is a pseudonym.
All Posts
PrevPreviousWinter Romance and Champagne Cocktails for New Year’s Eve by Erin McLellan
NextAuthor Tips for Achieving Your 2021 Reading ResolutionsNext