Book of the Week: A Wager to Tempt the Runaway by Bronwyn Scott 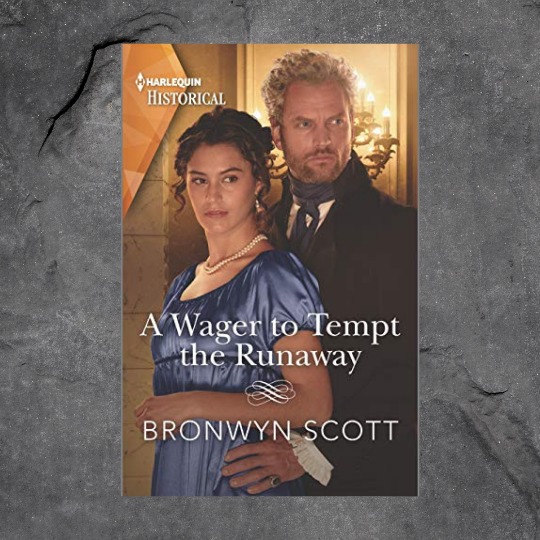 Bronwyn Scott is a writer of great talent who is able to construct story settings that are an immersive experience for the reader, whether they are a country house kitchen by lamplight, a secret cove at moonlight, or a London ballroom in the unforgiving glare of hundreds of candles.  And in these settings, she skillfully drops in fully realized characters who live their lives to the fullest. I hope my review of A Wager to Tempt the Runaway will tempt you. 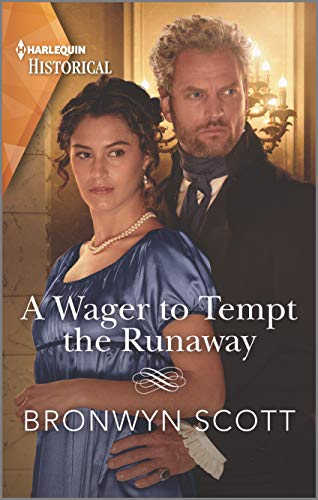 Josefina Ricci is a reckless artist, all fire and beauty. She has given a deathbed promise to her father to travel the world and shape her own destiny through her art while not being beholden to patrons. She wants to be free of all the trappings of a sheltered young woman, so she leaves Venice in a headlong rush Eastwards. When the story open, Josefina is in a sleepy coastal village in England, a fixture at an art school and committed to painting a portrait in order to meet her benefactress’ wild wager. But art does not provide the headiness that smuggling does. Josefina comes and goes in the night, headless of any danger to her person.

Owen Gann is an upright citizen of the village. He comes from a humble background, a man before he could finish growing up. First a smuggler, then an oysterman, he has risen up the ranks to owning a vast international empire shipping oysters. Through sheer dint of single-minded focus — a not-quite-deathbed promise to his mother to achieve success in life — he has earned wealth and repute in the world of men who receive him with mixed feeling over his antecedents. By day, he provides employment to the denizens of the village. By night, he keeps a watch over their smuggling activities, ever vigilant for customs excise officers.

Josefina and Owen are drawn to each other like moth to flame. They are opposites in every possible way, and that is intoxicating. They embark on an all-consuming affair, ever cognizant that their time together is short, because as the seasons turn, she will leave for faraway shores forever.

Unknown to Owen, Josefina has committed his house as a smugglers’ drop. She had naïvely assumed that if Owen was not on site, he would not be implicated in the activity. But given that the smuggled brandy is in Owen’s cellar and the smugglers have been caught in action, Owen is arrested. The Crown takes depredations against their income very, very seriously. Josefina is filled with remorse over her actions.

He is devastated. He feels intensely betrayed. Over the course of their relationship, he’d felt good, he’d felt cherished. Was it all a chimera? He is now convinced that she faked their relationship so she could indulge in reckless smuggling. She has broken his heart and nearly broken his neck. Only his wealth and his fast thinking has saved him from the hangman’s noose.

As author Việt Thanh Nguyễn says, “If something is forgivable, and we forgive, is that really worth that much? And, while whatever constitutes the unforgivable is very subjective for each of us, if we cannot forgive the unforgivable, then maybe we’re not really truly capable of forgiveness.” And that is at the heart of the story. Regardless of her intent, her deliberate recklessness has imperiled his life. Can he forgive her, and more importantly, can he forget what she has done?

Scott has done a brilliant job of showing Owen wrestle with his conscience and his heart and steady guidance of his head. He had come too close to her bright flame and has been burned. While he does not want to change her, dim her incandescence, neither can he change himself. They are two entirely different people with values and beliefs widely variant from each other. It isn’t in him to abandon the people who need his protection and employment and all that he has built in the name of his family in an irresponsible bid to chase after her. She cannot stay and build a life with him. She is an itinerant artist and determined to choose to live that way. He has given over his heart, and she claims to love him, but that is no longer enough. He cannot walk away from his life and become the man she needs, just as she cannot abandon her travels and her promise to her father and become the woman he needs. And the Sword of Damocles hanging over their relationship is her endangerment of his life.  How can he forgive and forget that?

There is so much suspense in the last quarter of the book. Of course, being a romance novel, you know there is going to be a HEA in the end. But how Josefina and Owen will get there is where the story lies. Who will give in to the other first? Will they both meet each other partway? What is to become of their priorities, their obligations, their promises? Will their marriage find the stability it needs despite the compromises they will each have to make? Sometimes, authors rush the end in order to tie everything up handsomely. Scott makes the protagonists and reader sweat for their hard-earned HEA. I highly recommend A Wager to Temp the Runaway.

Keira Soleore writes for the International Examiner and Cogitations & Meditations. She enjoys connecting with readers on Twitter (@keirasoleore) and through her website (www.keirasoleore.com). Her interests include medieval manuscripts, philosophy, poetry, picture books, choir, sunshine and beaches. Keira is a pseudonym.
All Posts
PrevPreviousThe 6 Songs that Inspired my Debut Novel by Tashie Bhuiyan
NextCelebrating Pretty in Pink, 35 Years Later By Wade RouseNext