Book of the Week: Book of Love by Erin Satie 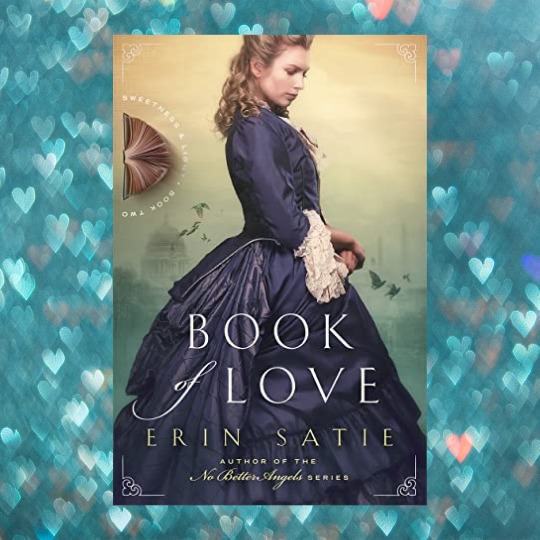 I greatly enjoyed Erin Satie’s Bed of Flowers book in her Sweetness and Light series, so I was eagerly anticipating Book of Love, the second book in the series. Satie’s stories are always unusual historical novels, and that is exactly their appeal for me. I approach her books without knowing anything about them, confident that she will sweep me away into a story of great worldbuilding and out-of-the-ordinary characters. 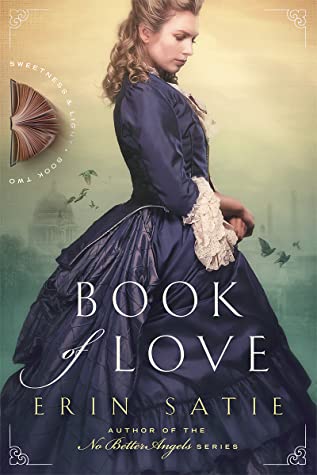 Cordelia Kelly was raised as a boy intellectually. But when she attains womanhood, her parents expect her to be obedient and to toe the conventional line and marry where they please. She repeatedly refuses and ends up having a dramatic falling out with her parents, especially, her beloved father. She hares off to London to fend for herself. Such courage in those times. She lands on her feet, rooming with an intrepid female writer and working on freelance bookbinding jobs. She has succeeded in commercializing her art and hobby — what she loves is putting a roof over her head. And yet, she is haunted by the prospect of poverty every waking moment.

Alistair Chandos, the Duke of Stroud, is loyal to a fault. He is the friend you want in your corner. He makes life fun and helps unstintingly when necessary. Whenever a friend needs a favor, he spares no effort. He also loves to play pranks. He thinks the only way his peers see him is as a jokester — that he has no value other than amusing them. He thinks others don’t think highly of his intelligence and so he has convinced himself thoroughly that he is lacking in the brains department, a bit touched in the upperworks. He is also certain that the reason others pay him any attention is because of his exalted title and great wealth.

Book of Love is a story of a man who has a low opinion of himself and a gem of a woman who values him highly. It is through her belief in him that he starts to believe in himself — that he is capable of doing clever things, that he is thoughtful and intelligent, that he is far more than his wealth and his title, and that he can be an equitable companion to a bright woman.

In parenting books, writers always advice parents that you have to assume your child is capable of achieving great things. You must have full confidence in your child, and your confidence should be an innate part of you. You have to imbue every interaction with your child with that attitude, and the child will grow up convinced of that of themselves. What is true of children is true of adults as well. Cordelia unknowingly does this exact same thing. She is so completely certain Alistair is capable of doing wonderful things, that he starts trusting in it, too.

At the start of the story, Cordelia is a buttoned-up person who tightly reins in all her emotions — by inclination and by circumstance. Alistair, on the other hand, is open and vulnerable. Through example, he shows her how to be open, daring, and self-compassionate. Thus, you have two people who are antipodal to each other, but are brought together because the other makes them more than who they supposed they were.

What I really liked about Satie’s protagonists is mutual responsiveness. They both have the sense the other person truly understands them and appreciates them for who they are. As the story progresses, you see that it’s that reassuring feeling they have that the other person truly “gets” them, and thus, you see them relaxing in the other’s presence without having to put on their “public” face. This is what intimacy is all about — where they each behave thoughtfully towards each other for the other’s benefit without self-consciousness.

The title of Satie’s book comes from the Book of Love that Cordelia produces for a bride at her wedding. At the wedding country party, over a period of few days, she collects quotes from family members and friends about the bride, and using calligraphy and bookbinding skills, she produces a lifelong keepsake for the bride.

I have studied the history of bookmaking from medieval through modern times on and off over the past few years from various universities, so I was especially pleased with all the book details Satie incorporated in her story. The research is spot on and well executed. What I love about Satie’s books is that her characters are talented and successful in their milieu and unafraid to engage all their energies in their pursuits.

Book of Love is truly a book to savor. If you have not read Erin Satie’s books before, start with this one and then go back to the first one in her Sweetness and Light series.

Keira Soleore writes for the International Examiner and Cogitations & Meditations. She enjoys connecting with readers on Twitter (@keirasoleore) and through her website (www.keirasoleore.com). Her interests include medieval manuscripts, philosophy, poetry, picture books, choir, sunshine and beaches. Keira is a pseudonym.
All Posts
PrevPreviousA Change of Scenery: How Moving Give Your Characters the Perfect Opportunity to Fall In Love by Lauren Accardo
NextMay Must-Read Romantic SuspenseNext