Book of the Week: Gentleman Jim by Mimi Matthews 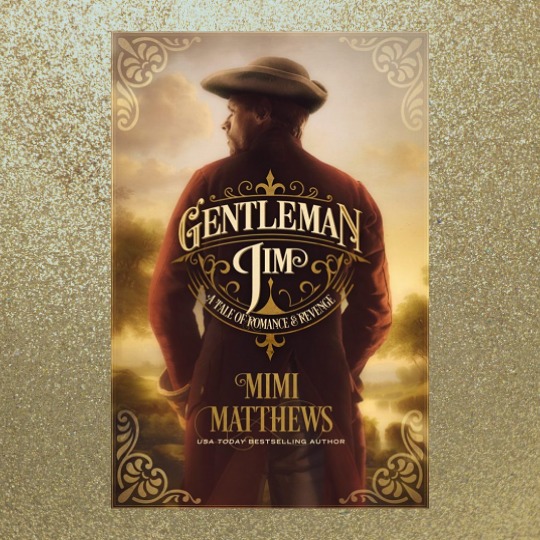 Following in the grand old tradition of the Signet Regencies, Gentleman Jim by Mimi Matthews is a tightly focused story of young love getting a second chance at forever more. Matthews is a splendid writer. I have loved all her previous books, so I had been anticipating this one for months, and it is superb. 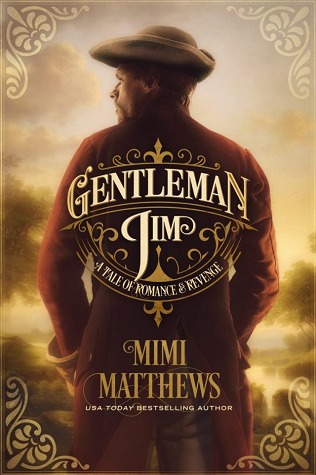 John Beresford, Viscount St. Clare, née Nicholas Seaton is a lowly groom and the bastard son of a highway man and a scullery maid in Somersetshire. In his young life, he has suffered beatings and cruel words from his mother and the baronet’s son, Frederick Burton-Smythe. His only solace, the only person who has ever loved him, is the squire’s daughter. They have always known that they love and trust each other utterly, and that one would be bereft without the other. And yet, one night when Maggie finds Nicholas beaten badly, fearing for his life, she helps him escape. Despite Maggie owning every millimeter of his heart, he only wants to escape the misery of his existence in Somerset.

“Wait for me, Maggie. When I make my fortune, I’ll come back for you.”

Margaret “Maggie” Honeywell has waited ten years. She has been raised as a pampered heiress of a wealthy estate and dotes on her father. It is only when he dies that she realizes that from the grave he means to dictate her life by showing her that he never truly thought of her as a son who could independently run an estate. He wants her to marry the baronet’s bully son, who has been the bane of her existence since her girlhood. With an illness and two mourning periods behind her, Maggie escapes to London to rethink her life and future prospects. She has given up hope that Nicholas will ever return to her and is almost resigned to make the marriage her father has set upon her.

Maggie and Nicholas meet again when she goes to plead with St. Clare to not duel Fred, because if Fred dies, her estate will be lost to her. Both are badly shaken to come face to face with each other for the first time in ten years. It’s almost as if the intervening years had never occurred.

For many days, St. Clare refuses to acknowledge that he is Nicolas. Matthews has portrayed his psychological makeup superbly in the book. And that is at the heart of this story.

For ten years, St. Clare has been brainwashed into thinking, behaving, feeling like a viscount, heir to his grandfather’s earldom. He has buried his past completely. In order to make his transformation complete, he has even had to suppress all thoughts and feelings about Maggie. He thinks he has mastered himself and confidently moves about in London with his new mien.

But life always has a sting in its tail. Just when he is poised to have all of tonnish Society at his feet, Maggie charges into his life and unutterably derails all his life’s plans. He is consumed by her very essence in all his waking moments. And he struggles with what he should do with his new life and his old life — always unsure of what he can rely on, what he should prioritize, what he can admit, what he needs to overcome, and where does he belong. He goes from a self-confident man into one beset by old memories and fighting to find himself all over again. In Maggie, Matthews has the perfect lynchpin around which all of St. Clare’s emotions whirl.

I was pleased to see Matthews accurately depict what an acute bout of influenza did to a person in the Regency period even when they survive the disease. It leaves them with weak lungs, a weakened constitution, and a general air of malaise. Maggie has never quite recovered from her illness even after a few years. She’s become almost an invalid, hemmed in by everyone’s solicitude. Matthews also shows how physicians young and old thought were the appropriate ways to manage the lingering effects of the disease.

This story has all the right ingredients for an excellent romance: ardent love, soul-deep tenderness, loyalty, steadfastness, honesty, pining, and lives moving from darkness into light, all spiced with a rousing mystery and much derring-do. Gentleman Jim is an exciting paean to Heyer and to Dumas’ Count of Monte Cristo, and I recommend it highly.

Keira Soleore writes for the International Examiner and Cogitations & Meditations. She enjoys connecting with readers on Twitter (@keirasoleore) and through her website (www.keirasoleore.com). Her interests include medieval manuscripts, philosophy, poetry, picture books, choir, sunshine and beaches. Keira is a pseudonym.
All Posts
PrevPreviousFour Great Westerns to Watch and One to Read!
NextDiverse Book Corner: If You Love a Good Underdog Story, Read Miss MeteorNext