Book of the Week: Get a Life, Chloe Brown by Talia Hibbert 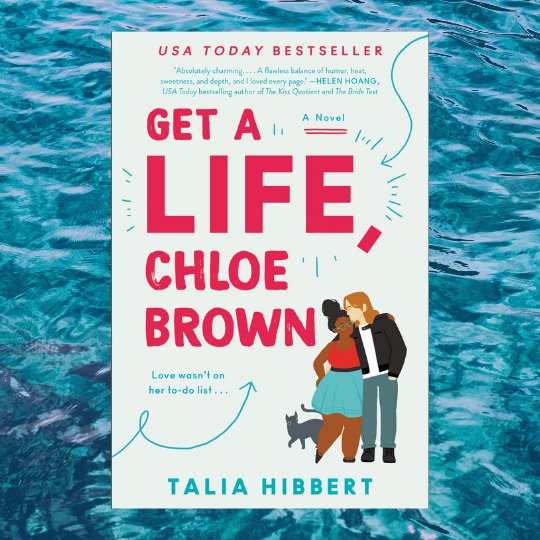 I have really enjoyed every Talia Hibbert book I have read, but Get a Life, Chloe Brown rises to the top of that list. 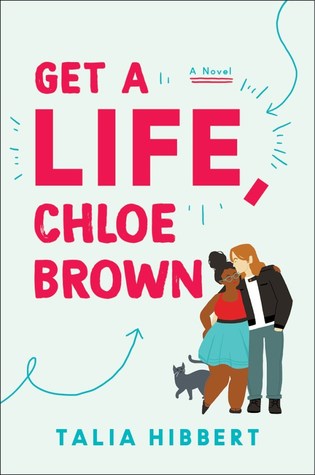 Jamaican-British Chloe Brown comes from money but has left that world behind. She is now a freelance web designer and loves her job. But her job is made difficult by her fibromyalgia — her life changed significantly when her symptoms began in her 20s and doctors and friends dismissed her illness. She suffers tremendous pain, fatigue and insomnia with their attendant mood issues, and so despite having the support of a loving and close family, she feels that her life has been severely limited and she is stagnating.

I really liked how Chloe Brown takes a near-miss car accident as a wake-up call to really live life. She doesn’t wallow in her fear, but instead decides to jumpstart her life into something that she really wants to look back upon and say, yep, she really achieved what she set out to do. So how do you achieve things? Make a list! List-making is a profoundly philosophical activity. Ask Plato.

Redford “Red” Morgan used to be a talented painter, but he abruptly left the London art world and now spends his days as a superintendent of a building. He suffers from PTSD after suffering emotional abuse and domestic violence in his previous relationship.

Chloe and Red meet when he is ready to rejoin the art world and needs a website that Chloe is willing to code up for him.

Hibbert writes such flawed characters who, despite their initial bad impressions, take the time to notice the good in each other that allows them both to be more than they ever were before. In the beginning, Red sees Chloe as an unrepentant snob and Chloe sees Red as overconfident and rude. But as time passes, he comes to admire her go-getter attitude, just as she admires his thoughtfulness and dedication to his art. Just as Red is helping Chloe check off items on her list, Chloe is helping him heal from emotional trauma.

Hibbert is a courageous writer who tackles tough life situations with humor and humanity. She skillfully uses humor to allow the reader to traverse the difficult emotional landscape of her characters. Chloe handles Red’s PTSD with the care and finesse that makes him feel valued and loved. He, in turn, doesn’t think that her illness makes her less sexy or less desirable. His consideration of her needs and moods makes him the man of her dreams. Thus, Hibbert shows that her characters are not defined by their illnesses; instead, they live life to the fullest and that includes love, romance and passion.

With Get a Life, Chloe Brown, Talia Hibbert has written a terrific story of two people learning to manage their debilitating illnesses with the loving support of a person who truly understands them and loves them just as they are.

Keira Soleore writes for the International Examiner and Cogitations & Meditations. She enjoys connecting with readers on Twitter (@keirasoleore) and through her website (www.keirasoleore.com). Her interests include medieval manuscripts, philosophy, poetry, picture books, choir, sunshine and beaches. Keira is a pseudonym.
All Posts
PrevPreviousExclusive: Cool for the Summer by Dahlia Adler Cover Reveal
NextLeaving Productivity Culture Behind in My ReadingNext