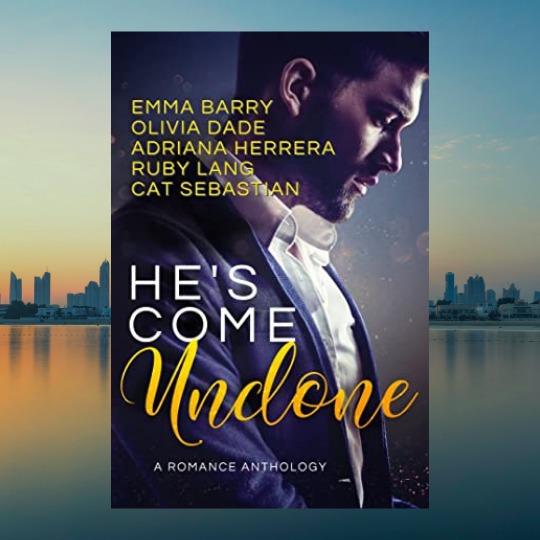 He’s Come Undone is an anthology of five stories sharing a simple premise: The hero is very much in control of all aspects of his life…till he meets his partner and comes undone and is redone. I was fascinated by how the five authors took the theme and innovated on it to write five unique stories. 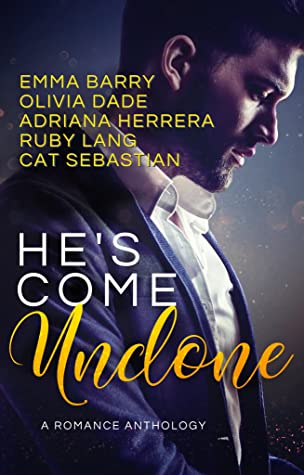 Kristy Kwong is a virtuoso concert pianist. A graduate of Julliard, she is a diva in every sense of the word. Only…in recent months, she hasn’t performed a single note. Brennan Connelly is a deeply virtuous man who is a brilliant tuner of pianos, but secretly…he envies Kristy’s talent because his talent is not in performance but in tuning. Whereas Kristy is all fire on the surface with her flair and flounces, he is all ice on the surface with his politeness and rules. However, deep within, they are both insecure and uncertain if they will measure up. He has always yearned for her. She yearns to return to the world stage. Will they both be able to achieve their hopes and dreams? Barry brings brilliant details of the piano and music to light in her story.

Simon Burnham is the most buttoned-up hero of this anthology. Head of the math department at a high school, he’s been asked to mentor the new art teacher Poppy Wick. Where Simon is a poker, Poppy is a dandelion. Where he comes off as cold, holding people at arms’ length, she exudes warmth and invites conversation. She thrives on chaos, he cannot abide chaos. How are mentor and mentee to see eye to eye? Poppy shows him that there isn’t one correct way to be an effective teacher and that control isn’t always a good thing in life if you mean to live a fulfilled life. Just like one of her hair buns, she unravels him utterly, and in so doing, makes their relationship together greater than their individual selves. Dade’s characters are just delightful and at the heart of this suspenseful story.

Yariel Cabral is a major league baseball player who has been in love with his best friend forever. He just doesn’t think Hatuey Sanchez feels the same about him. So when an unexpected gaming night turns into a night of love, Yariel is terrified that he is going to lose Hatuey once his affectionate friend realizes that he made a mistake in taking their relationship to a physically intimate level. Fortunately for both of them, Hatuey is courageous once he realizes that Yariel makes his soul sing and decides to prove to Yariel that they can be friends and lovers. Herrera has their story unfold against the unifying themes of home and family bringing such warmth and heart to her story.

Yes, And… by Ruby Lang

Darren Zhang is a rheumatologist with starched shirts and perfectly creased trousers…and impending high blood pressure. He’s been advised to take up meditation. Joan Lacy used to be an office manager at a large medical practice and moonlighted as an actor, but she gave all of that up to return home to become a caregiver for her mother with dementia. Darren shows up for a community meditation class only to find himself, to his horror, in an improv class. The improv class is Joan’s one outlet of joy that has her wracked with guilt for stealing time for herself away from her mother. This is a story that had me in tears. The shortest story of the anthology, it is one that will continue on in the reader’s imagination as Darren and Joan continue to work out the logistics of their being together. Lang is a beautiful storyteller.

This is the one historical story in this collection set in 1959. Everett Sloane is a mathematics teacher in a private college prep school for boys. It is a boarding school where he went as a boy and fell in love with his roommate and best friend, Tommy Cabot. While Tommy was wholly into high living and all the boyish hijinks and intimacies, after they graduated, Tommy married a high society woman and settled into the life of the old monied classes of Massachusetts. Heartbroken, Everett ran away to Oxford. It is only now after so many years that he has returned to Massachusetts, in tight command of his emotions and future. And into this ordered life steps Tommy, but what a wholly different man: uncertain, cautious, broken…but looking for love. Sebastian has written Everett’s character with such care, showing how he begins to trust what love can be for him now as opposed to what it used to be.

It is rare when all stories in an anthology please, but this is one such collection.