Book of the Week: Merry Measure by Lily Morton 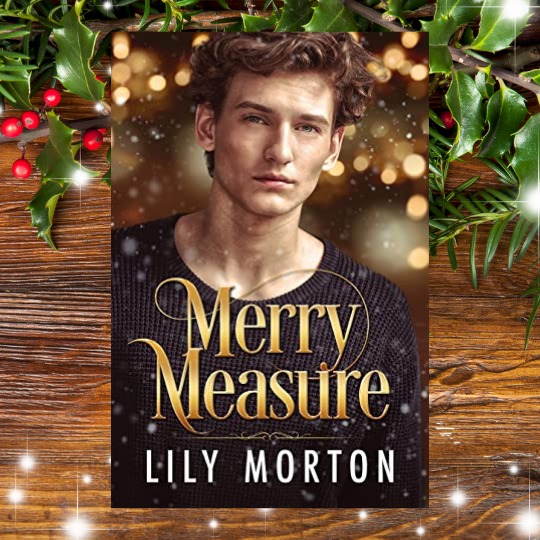 Lily Morton was a wonderful bookish discovery for me this year. She writes generous-hearted characters with such heartwarming humor, that you’re transported into their stories from the first page. 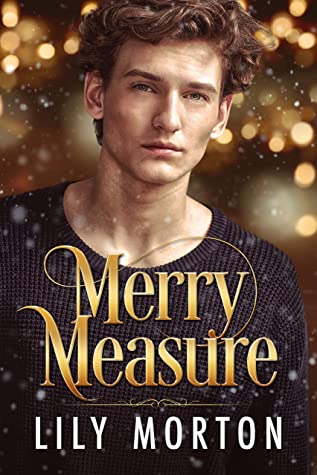 Arlo Wright and Jack Cooper meet in the wintry environs of beautiful Amsterdam to celebrate Arlo’s brother’s proposal to his boyfriend. The cold days make for cozy times of discovery together. Arlo believes coffee is the nectar of gods and Jack believes green tea is very good because it gets rid of toxins. Their choice of drinks is emblematic of how vastly different the two men are. How is their romance to flourish?

Arlo is a self-professed, absentminded klutz, younger brother to the confident older brother whose best friend is the stuff of dreams. Jack has always known that Arlo hero-worshipped him in their young days, but he is convinced that Arlo has outgrown his puppy love as they both have embarked on relationships with other people.

However, to Arlo, Jack has retained his unattainable, incredible hotness through all the years he’s known him. He is also convinced that to Jack, he is nothing but an overgrown colt and perpetual younger brother. But he wants to be so much more. In fact, he thinks that he would be great for him. “Jack needs someone relaxed who can make him feel comfortable rather than trying to win him up even tighter.”

Arlo appreciates that Jack never shies away from uncomfortable situations and is honest at all times, because this makes him feel safe to be around him.

To Jack, Arlo is the one who unfailingly makes him smile every time he is in his company. And relax the rigid control he has habitually imposed on his life. His parents brought him up under unrelenting pressure to succeed and to be perfect. Dreamy Arlo shines light in his dreary, arid world. Arlo’s demonstrative affection and ready laughter are a balm to his soul after his parents’ standoffishness.

Jack loves Arlo’s honesty. With him, he always knows where he stands. Also, in vino, veritas is the case for Arlo — he is his most emotionally honest when he has imbibed a bit. That is how Jack knows that Arlo utterly dislikes his now-ex. Those eye-opening comments from Arlo, had made Jack sit up and examine his life more carefully a year ago, and in so doing, take second and third looks at Arlo. It’s always interesting how when the blinders fall from the eyes, you see clearly what was always in front of you.

What we have in Merry Measure is a lot of soul-deep pining. Just as Arlo yearns to be a permanent fixture in Jack’s life, Jack yearns for that, too. But Jacks is convinced that it is good that Arlo is no longer interested. Because if he had been, he was sure that he’d end up driving him away, the way he had all his other lovers with his obsession with details and tidiness and planning. He fears that if that were to happen, he would lose even Arlo’s friendship, the way he looked delighted every time they met.

Morton’s mastery of the emotional landscape between two individuals who are so different from each other contributes to a complex story. On the surface the novel is about how the two men reconnect after many months, discover they enjoy each other’s company, and fall in love. But in reality, the heart of the story is how they navigate the emotional territory of their past experiences, insecurities, future hopes, and fervent wishes. This is what makes for a riveting story.

If you are new to Lily Morton, I urge you to pick this book up.

Keira Soleore writes for the International Examiner and Cogitations & Meditations. She enjoys connecting with readers on Twitter (@keirasoleore) and through her website (www.keirasoleore.com). Her interests include medieval manuscripts, philosophy, poetry, picture books, choir, sunshine and beaches. Keira is a pseudonym.
All Posts
PrevPreviousExclusive: “One Great Lie” and Repackaged “Girl, Unframed” by Deb Caletti Cover Reveals and Q&A!
NextUnder-the-Radar Books: Selected December Reads for YouNext