Book of the Week: One Last Stop by Casey McQuiston 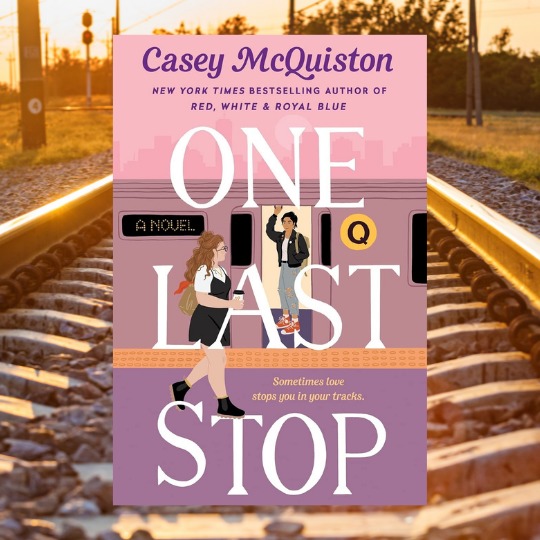 How do you romance someone on your subway commute? Especially when, she is lost in time and trapped on a train? And especially, especially when you want to help her return to her time in the 1970s? 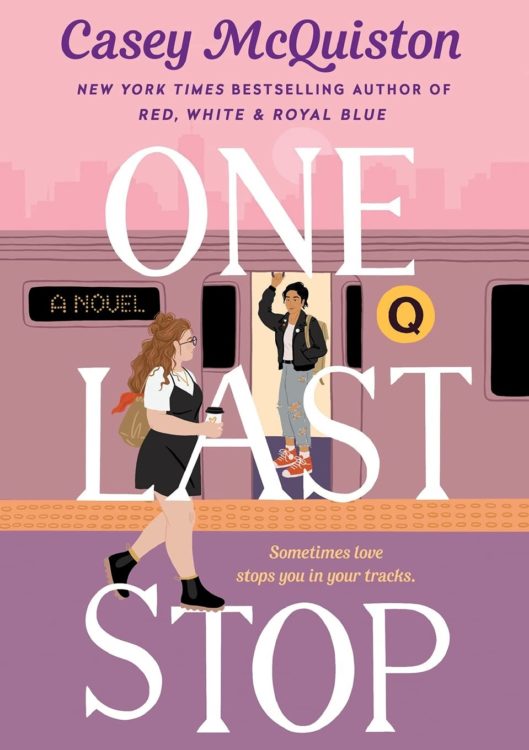 One Last Stop is said to be a new adult, queer, magical realism spin on Kate & Leopold. This is a whimsical story that allows you to imagine the train as a world unto itself. You descend down under the surface and rise up to the surface on the train while sitting for a period of time with a bunch of strangers, most unrecognizable. But during that time, all your senses are trained on the people around you — who you imagine them to be, what you presume their facial expressions reveal about their lives, their personalities. Once you leave the train, you cannot envision these people outside that milieu.

Life circumstances have made Caucasian American August Landry a cynic. She arrives in New York with her entire life in a few boxes. She moves into an apartment with people who are wildly different from each other. And yet, they meld together in one close, wisecracking family. NYC has taken a newcomer to its bosom.

August meets Asian American Jane Su, in her ripped jeans and leather jacket, on the Q train. From the first, August is entranced and hopes she can meet Jane again and again. And she does…until she realizes that Jane is actually a time traveler from the 1970s. She’s been stuck on the Q train for nearly fifty years, and she doesn’t know why she got here or how to return to her time. August develops a major crush on her, but over time realizes that she is the only one who can set Jane free. To love her to let her go. I love the brilliance of this book’s imagination, and execution, of a deeply emotional love affair conducted between two train stops.

The best part of the book is its cast of diverse, quirky, eccentric characters who are August’s found family. There is a trans Latino psychic, a queer Black engineer, a queer Jewish tattoo artist who struggles with depression, and an accountant who is a larger than life drag Queen at nightfall. Through humor and care and a great deal of sensitivity, they bind together into a community, where you can just be and breathe and be accepted.

I rarely talk about book covers. But this one is stunning because it encompasses the essence of the whole book in one picture. You see Jane stuck on the train looking out, alone and yearning. You see August outside the train on the platform holding her gaze in sorrow because they have to part. There’s NYC in the background and tiny details that you will discover when you read the book. This is a rare cover that sets up the story beautifully.

I love learning about history, and I know McQuiston’s books are authoritatively researched. In One Last Stop, McQuiston pulls out all, er, stops, to bring queer history into her sapphic rom-com by choosing a character who was around for the gay liberation movement. In its serious moments, this book explores the prejudice and violence Jane faced as a queer Asian American person in the 1970s.

I loved McQuiston’s Red, White & Royal Blue, so I had been anticipating One Last Stop. It has been a heartwarming and thoroughly entertaining read. I can’t wait to see what she will do next.

Keira Soleore writes for the International Examiner and Cogitations & Meditations. She enjoys connecting with readers on Twitter (@keirasoleore) and through her website (www.keirasoleore.com). Her interests include medieval manuscripts, philosophy, poetry, picture books, choir, sunshine and beaches. Keira is a pseudonym.
All Posts
PrevPreviousMust-Read Biography: An Excerpt from Jacinda Ardern: Leading with Empathy by Supriya Vani and Carl A. Harte
NextDo’s and Don’ts of Dating Abroad by Karina KennedyNext