Book of the Week: Running Away with the Bride by Sophia Singh Sasson 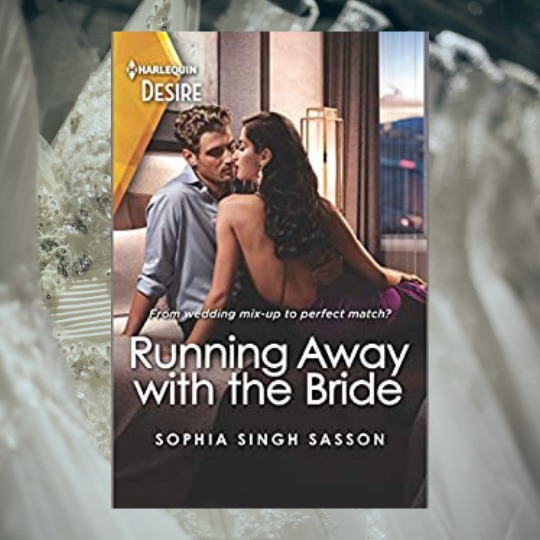 I loved Sasson’s first book in the Nights of the Mahal series and this second book is just as wonderful. Cross-cultural currents and interracial relationships are never easy. But in Sasson’s stories, under the seeming differences, people connect with universal commonalities that allows them to make sacrifices and compromises so they can have a life together. The maturity it takes in her protagonists to be able to navigate the shoals of familial expectations and ingrained cultural norms and values is a hallmark of Sasson’s writing. 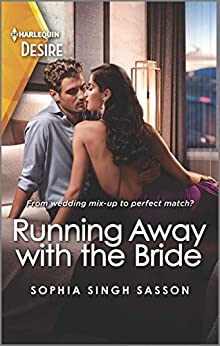 Divya Singh comes from a traditional family in India. Trained as a lawyer, she works in her family’s global business of topnotch hotels catering to the well-heeled. Divya feels entirely stifled by her family’s expectations and also entirely in tune with what her duty is towards her family. Despite exhibiting flashes of independence, eventually, she buckles under the weight of their presuppositions and agrees to an arranged marriage to an Indian American.

Through his software business, Ethan Connors has amassed wealth beyond his dreams and beyond what is comfortable to him in his heart given how he grew up: “I have more money than I can spend in my lifetime. It’s meaningless to me.” His wealth has erected a barrier between him and his lower middle-class family. He wants to buy them everything that they cannot afford, but they have their pride. Since his mother remarried when he was young and had a son with his stepfather, Ethan has felt like an outsider with his nose pressed up the glass of a happy family. They tried their very best to make him feel that he belonged, but he never quite fit in in his mind, and now, his wealth has created a yawning gap.

Divya and Ethan meet when he crashes her wedding in Vegas thinking that the bride is the person he had a prior relationship with and who he should be marrying. Without knowing who in heck Ethan is, but seizing the uproar as an excuse to abandon the traditional plan her parents have set up for her, Divya runs away with Ethan. And so begins a madcap adventure from captivity to freedom, culminating in the ultimate recognition of that freedom in a skydive.

From then on, the sky’s the limit for what Divya can do with her life. What holds Divya aloft is Ethan’s belief in her freedom to do what she wants to do, to be who she wants to be. She, in turn, provides Ethan with the grounding of belonging that has been lacking all his life. She shows him that that matters is not fame and success but loving and being around people who love you.

About three-fifths of the way in the book, Ethan and Divya have declared their love to each other. Yet there is so much of the book left to go. This is what I loved about the book. Sasson was not writing a story where the protagonists say “I love you,” rather, she was writing a book where the protagonists build a loving life together, and that means, both of their families coming together to form one large loving family around the couple. For that to happen, Divya’s parents have to come to terms that Ethan is a suitable boy (shades of Vikram Seth here). As journalist Lauri Penny has said, “There are times when the future feels like a spun coin trembling on its edge.” That is how it felt to read the latter two-fifths of the book.

Sasson’s narrative is rooted in the storytelling tradition of keeping the reader engrossed from the first cataclysmic event where the protagonists become aware of each other to the last cataclysmic event where they utterly trust that they belong together. Thus there is no confusion between the initial experience of “falling in love” and the now permanent state of “being in love.”  Running Away with the Bride is a maze of events and emotions with tenderness and despair, belief and heartbreak, comfort and suspense, and ultimately, a satisfying forever love for the protagonists and the reader.

Keira Soleore writes for the International Examiner and Cogitations & Meditations. She enjoys connecting with readers on Twitter (@keirasoleore) and through her website (www.keirasoleore.com). Her interests include medieval manuscripts, philosophy, poetry, picture books, choir, sunshine and beaches. Keira is a pseudonym.
All Posts
PrevPreviousRomancing the Runoff: Auction Items to Swoon Over
NextExclusive: Lie, Lie Again by Stacy Wise ExcerptNext