Book of the Week: Second First Impressions by Sally Thorne 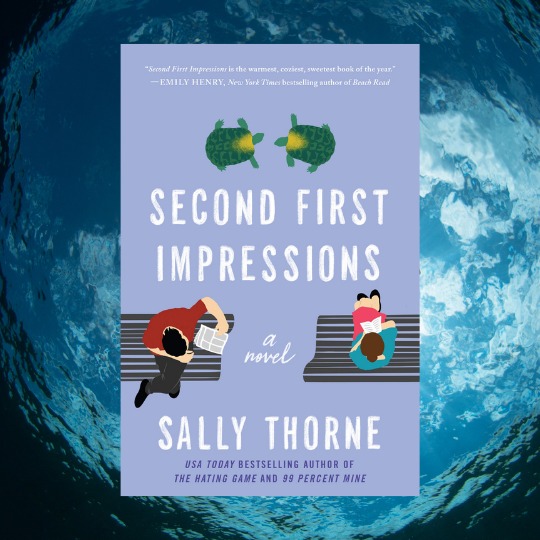 Sally Thorne’s stories are always entertaining and very well-paced to hold my interest from beginning to end. Second First Impressions is one such fun story. 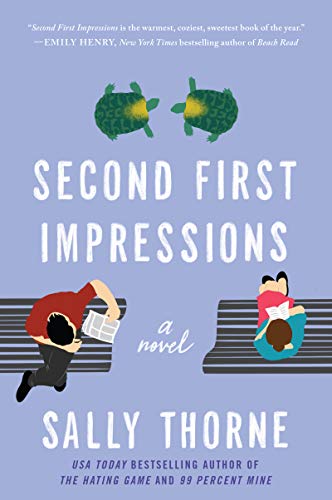 Ruthie Midona is someone who does not like surprises. She had been bullied as a child and unloved by her family. As a result, she is at pains to always be in control of herself, because when your life is out of control, all you can control is yourself. She is the acting manager of a luxury retirement community, where everything is just as it should be. She is dedicated to her job of caring for the quirky and opinionated denizens of the Providence Villa. Her boss is out for the nonce, and she is in charge.

Teddy Prescott fits the stereotype of a spoilt rich man who doesn’t like to bestir himself for anything involving work. He wants life to be easy and in constant motion, or at least that is what he projects to everyone. In reality, he dreams of owning a tattoo parlor, but he has to first convince his demanding father. Ruthie and Teddy meet when he shows up at the villa expecting to be in charge.

Ruthie is not taken in by his playboy good looks, nor is she about to let him disturb the orderly life she is leading in the village. So she foists him off onto a couple of determined elderly ladies bent on mischief, who are looking for an assistant to help them. They proceed to lead him on to a merry chase, and Ruthie breathes a sigh of relief thinking Teddy is out of her hair.

The heart of this book is Ruthie’s emotional growth, and Thorne has beautifully shown that slow thawing of her personality. Ruthie starts out uptight and starchy. She holds herself in tightly and does not allow herself to deviate from her established parameters of living. But Teddy’s exuberant presence and kind, thoughtfulness proceed to not only cut up her peace, but by degrees, charm her. She is beguiled against her wishes. Even while she believes that he is a good-for-nothing dilettante, she is cautiously delighted. The pièce de resistance is when she starts to realize that life isn’t all about work. There is sweetness to be found by stepping out of your comfort zone, scary as that might be, and allowing another person — and romance — into your life and heart.

This is a book where the secondary characters, the residents of the retirement community, are also of primary importance to the story. They not only provide a backdrop to Ruthie and Teddy’s unfolding story but also have a story of their own to tell. They are funny and serious by turns, adding hilarity to a fraught romance. More importantly, Thorne uses their ready wit to discuss ageing and its effects on the circle of people living there. Humor allows the reader to accept that which would otherwise be uncomfortable and heartbreaking, and it also allows the reader to empathize with the grace with which these people are leading their lives.

Sally Thorne is such a versatile writer. She has written three entirely different books in: The Hating Game, 99 Percent Mine, and now, Second First Impressions. The voice, the style of writing, the choice of words, the type of people, the very narrative — they are all different and unique to the stories she is telling.  I can’t wait to find out what she will do with her fourth book.

Keira Soleore writes for the International Examiner and Cogitations & Meditations. She enjoys connecting with readers on Twitter (@keirasoleore) and through her website (www.keirasoleore.com). Her interests include medieval manuscripts, philosophy, poetry, picture books, choir, sunshine and beaches. Keira is a pseudonym.
All Posts
PrevPreviousWeekend Podcast Guide: Sea Shanties and More
NextSunday Brunch: A Chat with Authors Pamela N. Harris and Luanne RiceNext