Book of the Week: The Ex Talk by Rachel Lynn Solomon 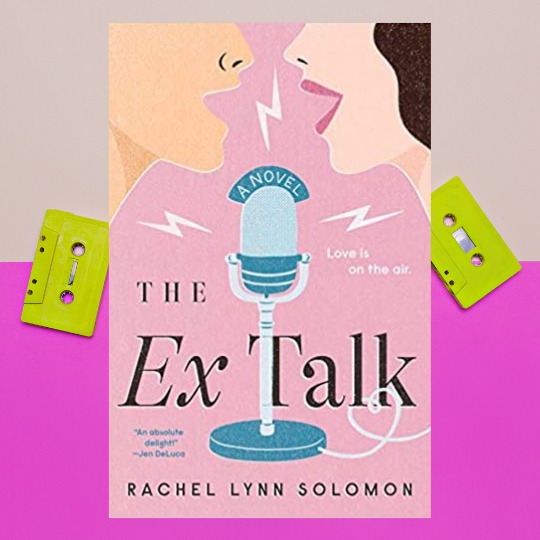 I loved this enemies-to-lovers book. The Ex Talk is such a breath of fresh in that it infuses the enemies to lovers trope with tenderness and softness and wonder as a contrast to the initial animus. Solomon explores both sides of that trope in depth, and her protagonists are all in, emotionally, in every aspect of their shifting relationship. This story is charged with heightened emotions that allow the reader to fully understand the protagonists’ motivations, past pain, joys, and insecurities. The reader becomes fully invested in the characters from the first few pages and finds themself hoping the characters will achieve a solid, lasting HEA. 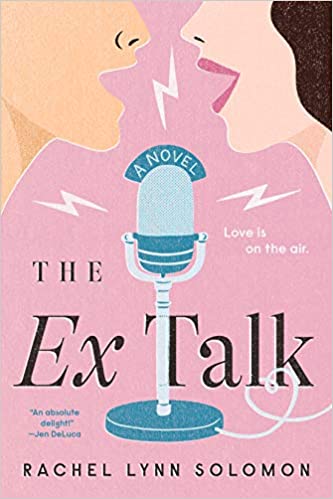 Shay Goldstein is Caucasian Jewish American and a producer at a public radio station in Seattle. She secretly yearns to be a host of her own show, but in ten years of taking crap from her sexist boss, she hasn’t made much progress in that direction. She still cannot get over the death of her beloved father from whom she got her love of public radio. Now, her mother has moved on and found a new love, and suddenly, Shay finds herself planning for her mother’s wedding when her mother should’ve been planning for hers. Shay finds herself disheartened and living alone in an echoing house.

Dominic Yun is Korean American and has a degree in journalism from Northwestern University. He is intent on making his mark in serious journalism. Inexplicably, he chooses to do so at a radio station despite his fear of public speaking, because he sees that as a springboard to journalism greatness.

Shay and Dominic’s animosity towards each other fuels great banter between them. Everyone around the station enjoys their snarky comments and brush-offs. So when Shay suggests a new show to draw more listeners in, their boss immediately thinks of them working together. The show’s premise is that a couple who has had a flaming falling out gets together to banter on their show, and while doing so, brings in experts to offer relationship advice and explore all different facets and psychology of relationships.

Shay and Dominic’s boss wants them to lie about their relationship and breakup for the listeners. It goes completely against the grain for Dominic and, to some extent, Shay to lie to people, but she wants to headline a show so badly that her scruples crumble. Dominic, on the other hand battles his fear of public speaking and journalistic ethics, because he wants to hold on to the first job he’s ever had.

Dominic is five years younger than Shay, his twenty-four to her twenty-nine. Solomon does an excellent job of showing the difference in their maturity and where they have parity. You get a realistic sense of the age gap, and yet, where it matters, they are on par. This is a wonderful exploration of character that feels authentic to their personalities and life experiences.

For example, Dominic has only been with one woman, and it was a long-term relationship. He had been in love and hoped to marry her, but she cut him off. Shay has been seven men in shorter-term relationships, who bolted because she fell in love with them. These experiences shape how Shay and Dominic both initially approach their relationship. And then the reader watches fascinated how the dynamics of that relationship changes and the age difference nullifies as different facets of their personalities unfold, and they realize that none of them is as hard-nosed as their initial work relationship had them believe.

This is a deeply emotional story that explores the emotional landscape without deep angst anchoring it. Thus, it makes for a nuanced exploration that feels organic to people you would meet in everyday life. I was sold on the story from the get-go and the sensitive writing only made it more so. And if you are a fan of public radio, like me, this book is a must-read.

Keira Soleore writes for the International Examiner and Cogitations & Meditations. She enjoys connecting with readers on Twitter (@keirasoleore) and through her website (www.keirasoleore.com). Her interests include medieval manuscripts, philosophy, poetry, picture books, choir, sunshine and beaches. Keira is a pseudonym.
All Posts
PrevPreviousBoba, Mochi, and Waffles, Oh My: Asian Street Foods and Treats by Jennifer Yen
Next6 Bookish Ways to Celebrate Galentine’s DayNext