Book of the Week: Then There Was You by Mona Shroff 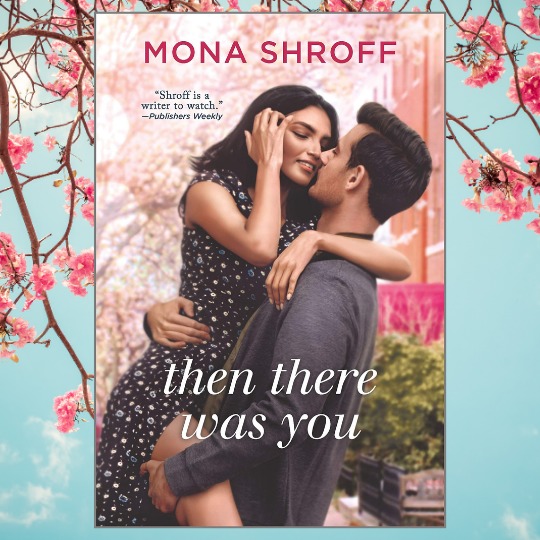 The best storytellers know how to keep the tension in the story threads taut as they weave the strands together, by turns compelling, by turns beckoning. Mona Shroff is one such storyteller and Then There Was You is a fascinating story. 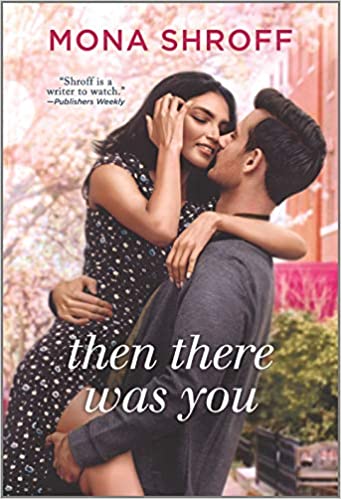 Annika Mehta is a rebel according to her traditional Indian American parents. She does not go to medical school, nor does she get a fabulous, high-paying job. Instead, she is a kindergarten teacher. It is a job she loves and at which she is really good. But to her parents, she is not achieving success. They are forever trying to set her up with good Indian boys, but Annika has a way of slipping out of the wide matrimonial net they have cast. Her parents and the wider gossiping South Asian community are aghast when Annika gets engaged to a Caucasian man, gets pregnant by him, and then gets dumped by him. Luckily, according to them, she loses her baby. The most traumatic experience of her life evinces not much empathy from her community. Her parents love her but want her to move on and come back into the fold as a “good” Indian daughter who listens to the counsel of her parents.

Daniel Bliant is an ER nurse practitioner who is passionate about his job. Five years ago, he lost his precious daughter to a senseless tragedy where a gunman shot up her school — the very school at which Annika teaches. Daniel is inconsolable at his loss and cannot move on. When his wife suggests having a second child, he is incandescent with rage, and they divorce. He even cannot see his nephew, because the boy is the same age as his girl had been. He tries to repress all feelings by working every minute he can — all he wants to do is work and sleep and allow life to pass him by.

In addition to being a teacher, Annika moonlights at a bar. In addition to being an ER nurse practitioner, Daniel moonlights as a helicopter medic. Daniel had cared for Annika in the ER after her jerk fiancé had abandoned her there. But when they meet in person five months after her miscarriage, he doesn’t share that with Annika. Shroff tantalizingly draws out the revelation of this tidbit to the reader. Annika and Daniel meet at the bar she works at when his medic team is called there on an emergency case. And having seen her, he simply cannot stay away. For the first time in years, he is interested in someone else. Annika also finds herself fascinated by Daniel, a slow unfreezing of her heart.

Shroff sensitively portrays Annika and Daniel’s soul-deep sense of bereavement at the loss of their children. Neither can forget, nor can they move on. Annika’s despair at being abandoned by her fiancé at the hospital while she is losing the baby is the ultimate betrayal. That is why she is devastated when Daniel breaks up with her at the same hospital when her brother is lying close to death. This is where Shroff’s skilled storytelling comes to play: How does Daniel redeem himself, and how does Annika forgive him? Is this even believably possible?

Shroff does not shy away from having her characters experience the racism that is prevalent in America towards brown people. She brings an empathetic authenticity to Annika’s experience that reveals thoughtful research.

Shroff’s exploration of Annika’s place in her community is nuanced. On one hand, are the old country values immigrants bring to America and try to impart to their kids; and on the other hand, are the values their children grow up with — a mixture of Indian and American values. Each first-generation child absorbs those values differently. Shroff conveys this superbly by showing how Annika’s cousin wouldn’t dream of not marrying an Indian American or going against her parents’ choice of career. She urges Annika to not go against the grain of her parents’ wishes. But Annika marches to her own drum and yearns to be accepted by her parents for who she is.

An aside: Daniel’s background is a delicious surprise I will leave you to discover.

Then There Was You is a story of complex emotions: soul-deep sorrow, life unfurling again, delicate tendrils of happiness, commitment and joy in work, laughter and tenderness in love, and so much more. This was a book that really spoke to me, and I highly recommend it.

Keira Soleore writes for the International Examiner and Cogitations & Meditations. She enjoys connecting with readers on Twitter (@keirasoleore) and through her website (www.keirasoleore.com). Her interests include medieval manuscripts, philosophy, poetry, picture books, choir, sunshine and beaches. Keira is a pseudonym.
All Posts
PrevPreviousExclusive: Wildfire by Toni Draper Cover Reveal and Excerpt
NextWeekend Podcast Guide: Titanic, Recaps and More!Next