Bringing an Iconic Romance to Life by Diana Giovinazzo 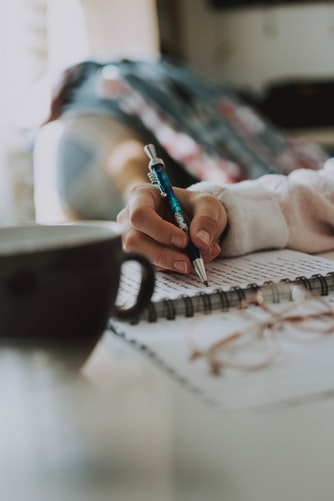 [Note from Frolic: We’re so excited to have author Diana Giovinazzo guest posting on the site today. She’s talking about the inspiration behind her new novel, The Woman in Red. Take it away, Diana!]

The love between Anita Garibaldi and her Jose was one that resonated through history and yet, when people wrote about Giuseppe, she became a footnote in his story. And this is not a love story that belongs in a footnote.  Especially since long after her death Garibaldi wrote that Anita was “the queen of his soul” and “the woman I still weep for.” But she was relegated to becoming a side character in his life story.

When I sat down to write this story, I knew that her romance with Garibaldi had to be as much of her legacy as the one of her being a freedom fighter. But writing their love story wasn’t necessarily that simple.

First there was the obstacle of Anita’s first marriage. At the age of 14 she was pushed into marriage by her mother. It was bad enough she was so young, but when she came to the decision that she no longer wanted to be married to him she didn’t really have a choice in that either. Brazilian law during that time didn’t allow for divorce. So even though her husband was no longer around she was still considered married. An albatross that would hang around her neck until the day she died, and beyond. Anita was the kind of independent woman who didn’t mind if she were doomed to a life by herself. In many ways she felt happy to be left alone.

I’m not going to lie; the forbidden romance was fun to write but it was the initial attraction between Anita and Jose that really brought it’s challenges. When she found Garibaldi it wasn’t just about the love at first sight, it was about the promise he offered. The ability to find freedom with his adventures.  He was this dashing rebel who fought against the establishment. Who was passionate and was perhaps the first person who actually cared about what she thought. This in many ways made her want to run away with him even more.

In creating this romance, it was also about creating a real marriage. There were times when they honestly wanted to break each other’s necks. It was important to have a real marriage but not just any marriage, their marriage. From Anita’s memoir she talked about an incident, though small that meant a lot to her. She and Garibaldi were having an argument about accepting a peace treaty. Garibaldi thought they should continue with the fight.  She on the other hand thought the soldiers should be allowed to go home because the Brazilians were fighting against their own family members, and after all, Garibaldi was a foreigner who did not understand. She went on to say:

“If I slashed him with a whip, he could not be more surprised and hurt. I read in his eyes that he believed I stood with the others against him. But you see, he asked me and I had to tell him what I thought…So he walked away, and I saw that he struggled with his anger. When he came back, he took the food I made for him, he kissed my hand and told me he thought about my words and apologized to Canabarro. I was surprised. I felt a new excitement in my love for him. This was a true man, I discovered Doña Feliciana, one who could hear others and say he was wrong himself. So, he gave me a reason to love him, now even more.”

This argument was a major turning point in their relationship. This was where Anita felt like she not only had the love of her husband, she had his respect. It was in this moment she went from being a wife to being an advisor. Someone that Garibaldi could turn to for advice. It was through her romance with Garibaldi that she was able to find purpose.

And here was another challenge that presented itself: How to create a romance without one of them losing their autonomy?

It is not an easy question when you are developing a character who is a feminist icon that can fight in wars just as effectively as the men around her. There had to be careful consideration for how she would react in every situation. Anita could never be a character that was acted upon, she was first and foremost a woman very much in charge of her own destiny. As Anita herself said:

“I measure my real life from my first meeting with Josè Garibaldi, who came to me like a bright vision out of a Golden cloud. Everything he had, as he told me, he would share with me, beginning with his undying love.”

That is perhaps the most important aspect in creating a romance such as that between Anita and Garibaldi, that in the end she had autonomy. That she had a choice. If anything could be taken from their romance it is that they were equal partners in the destiny they shared. That is the romance they should be remembered for. That is why she should not be relegated to being a footnote in his story.

Diana Giovinazzo is the co-creator of Wine, Women and Words, a weekly literary podcast featuring interviews with authors over a glass of wine. Diana is active within her local literary community as the vice president of the Los Angeles chapter of the Women’s National Book Association. The Woman in Red is her debut novel. 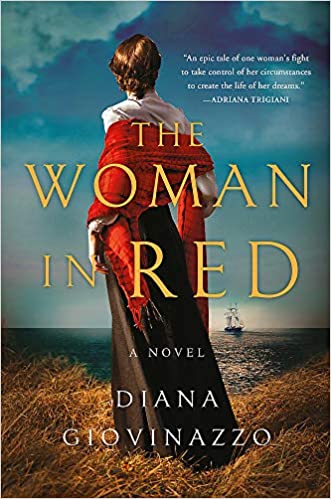 The Woman in Red by Diana Giovinazzo, out now!

Experience the “epic tale of one woman’s fight . . . to create the life of her dreams” in this sweeping novel of Anita Garibaldi, a 19th century Brazilian revolutionary who loved as fiercely as she fought for freedom (Adriana Trigiani).

Destiny toys with us all, but Anita Garibaldi is a force to be reckoned with. Forced into marriage at a young age, Anita feels trapped in a union she does not want. But when she meets the leader of the Brazilian resistance, Giuseppe Garibaldi, in 1839, everything changes.

Swept into a passionate affair with the idolized mercenary, Anita’s life is suddenly consumed by the plight to liberate Southern Brazil from Portugal — a struggle that would cost thousands of lives and span almost ten bloody years. Little did she know that this first taste of revolution would lead her to cross oceans, traverse continents, and alter the course of her entire life — and the world.
At once an exhilarating adventure and an unforgettable love story, The Woman in Red is a sweeping, illuminating tale of the feminist icon who became one of the most revered historical figures of South America and Italy.

Where Romance and Pop Culture Live Happily Ever After.
All Posts
PrevPreviousWhat I Learned Writing About One Of History’s “Bad Feminists” by Finola Austin
NextPerfect Pairings: Books and Classic Karaoke SongsNext