C.T. Rwizi: “I decided to write the type of story I would want to read” 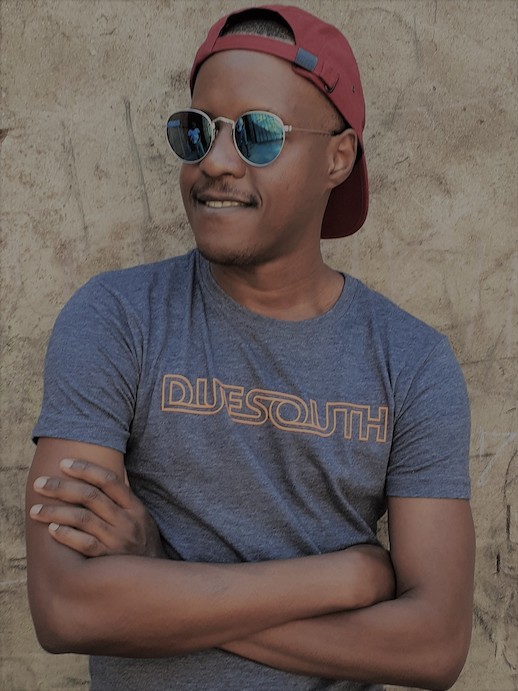 [Note From Frolic: Our resident YA expert Aurora Dominguez got the opportunity to interview author C.T. Rwizi and ask him five(ish) questions. C.T.’s novel ‘Scarlet Odyssey‘ is out now!] 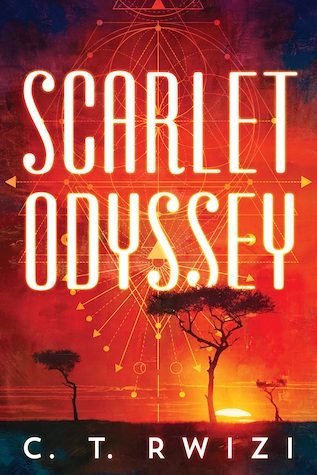 C.T. Rwizi: My love for SFF and my desire to see African cultures and people depicted in the genre. When I first started writing, I wrote from a Euro-centric point of view, thinking that this would be the best way to sell my work. But as I got deeper into the writing process, I realized that I’d much prefer to tell a story featuring the rich and colorful cultures of my part of the world, which lacks representation in any form of media. Basically, I decided to write the type of story I would want to read, and that decision led me to Scarlet Odyssey.

The main character, Salo, fails to achieve the standards of manhood expected of him as the chief’s first-born son, and as a result, suffers ridicule and scorn from his clanspeople, including his own brothers. He and I are very different people with very different life experiences, but I relate to his struggle to find his place as a man as I have often felt those same pressures in my life—the pressure to be the unfailing provider and bread winner in the household, the one who’s called to deal with the poisonous snake that crawled into the garage even though I’m personally terrified of snakes but since I’m the man I have to ‘man-up’ and deal with it, the pressure to not show too much emotion or be perceived as weak and effeminate, the pressure to not admit that I like the pink cocktail more than I do beer. My own struggle against toxic masculinity made it very easy to relate to Salo’s character; moreover, it made me examine some of the toxic ideas that I myself held.

My prayer is that this isn’t just a fad, but the beginning of a new normal. Once upon a time it was an unchallenged understanding within the creative community that certain voices were more profitable than others. That voices outside a certain range of desirable demographics were commercial risks, or at best, niche markets, not mainstream material.

In the recent past, however, such assumptions have been shown to be largely false. Commercial blockbusters like Black Panther or N.K. Jemisin’s The Broken Earth trilogy, to name but a few, have demonstrated that stories featuring unconventional and underrepresented voices can not only be outstanding in their own rights, but profitable as well.

So now the old excuses to ignore those stories have been invalidated, and now we have a public that is awakening to what they’ve been missing out on all along, and they are hungry for more. They want stories that are more representative because they realize that this is how stories should have always been told, and they see how the world is richer for it.

Please describe the content of your latest read and what readers can expect from it.

The captain of an interstellar cargo ship takes in a mysterious young boy onto her ship and raises him alongside her team of colorful crewmates. Though mute, the boy has a rather interesting relationship with music, and supposedly wields a power that could change the fate of the galaxy should it fall into the wrong hands. Readers can expect lush prose, queer characters, and a story that will haunt them for a while after they put the book down. This book is a prime example of why I love science fiction and fantasy.

What’s next for you in the world of books?

Requiem Moon, the sequel to Scarlet Odyssey, will be coming out spring next year (2021). It’s already with the copy editors so most of the work on it has already been done. I have a two-book contract for now, but hopefully I’ll be able to extend that to two more books in the future. We’ll see.

A difficult question to answer since it seems to change with every good book I read. But I keep coming back to the works of Alastair Reynolds, who writes the most terrific space operas ever. House of Suns in particular is an amazing work, featuring richly drawn characters even as they inhabit cosmic settings and timescales that could have easily overshadowed them. And that’s the thing about this author; he manages to plot out grand story arcs while still managing to stay close to his characters and their personal struggles. I admire that.

Any writing advice to aspiring writers?

An idle thought scribbled on a paper or word document can be the first step towards a completed manuscript. Even if you’re still aspiring and have not yet started writing, I suggest you get a notebook or create a folder on your desktop into which you jot down any plot ideas that come to you. I used to do this with no real intention of follow through, but then one day I decided to take one of my ideas and run with it, and here we are.

The very act of writing down your idea—be it a plot development or world building —will get you into a writing mindset and make your story more real to you, increasing the likelihood that you’ll find the motivation to come back to it. In other words, your project doesn’t have to begin with a thousand words. Even a single idea with one bullet point can be enough to launch you on the journey towards your published work.

C. T. Rwizi was born in Zimbabwe, grew up in Swaziland, finished high school in Costa Rica and got a BA in government at Dartmouth College in the United States. He currently lives in South Africa with his family, and enjoys playing video games, taking long runs and spending way too much time lurking on Reddit. He is a self-professed lover of synthwave. Scarlet Odyssey is his debut novel.

Aurora Dominguez is a high school English teacher, college professor and journalist in South Florida. Her work has appeared in The Miami Herald, Where Magazine and J-14 Magazine, all places where she worked as a writer and editor before going from the newsroom to the classroom. Her favorite days are "Caturdays," which she spends with a good book, her husband, Sebastian, and her cat, Luna. Her motto when it comes to reading: "No book left behind!"
All Posts
PrevPreviousFrolic Podcast Network Weekly Wrap-up: Hamilton, Summer Salads and More!
NextLove YA: Top 3 Y.A. Reads for the Week of July 14thNext