Camryn Garrett: “I started wondering about how the adoption process for HIV positive children” 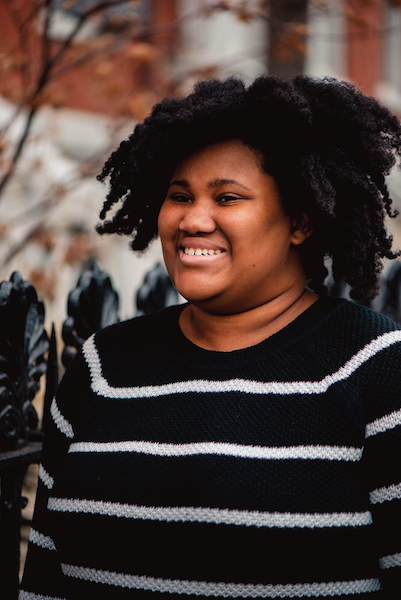 [Note From Frolic: Our resident YA expert Aurora Dominguez got the opportunity to interview author Camryn Garrett and ask her five(ish) questions. Camryn’s novel ‘Full Disclosure‘ is out now!] 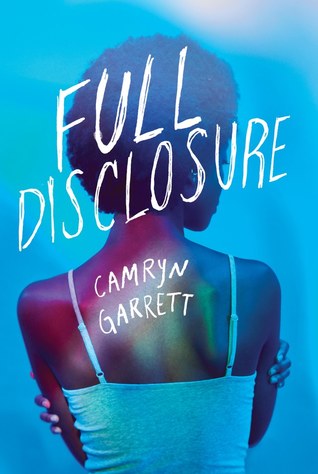 Aurora: What was your inspiration behind your debut novel, Full Disclosure?

Camryn: I go through weird phases of obsession with different topics, like the science of IVF or the history of orphanages. A few years ago, I was really into international adoption, so I read a lot about Angelina Jolie. One of her kids was adopted from an orphanage where most of the kids were HIV positive. Her kid was the only one who didn’t have HIV.

I started wondering about how the adoption process for HIV positive children would be different, so I read a lot of adoption blogs written by parents who adopted positive children, watched documentaries on Netflix, and read articles online. I also had the help of my mom, who is a nurse, and is used to answering weird questions.

This is actually a hard question because I feel like there’s a little bit of myself in each character. I’m going to be cliche and say that I relate to Simone the most. From her struggle with her sexuality to just her desire to have sex for the first time, she reminds me so much of myself, especially at sixteen.

I think they’re what we need and they’re also reflective of reality. Just speaking of YA, there are so many outspoken, strong teens like Greta Thurnburg, Emma Gonzales, Jazz Jennings, Malala… writing outspoken teenage girls is just accurate. The other half of it is that we’re living in really depressing, angering times, and it’s both comforting and inspiring to see these types of characters in the stories we consume.

Please describe the content of Full Disclosure and what can readers expect from the read.

Full Disclosure is about a teen girl named Simone who moves to a new school and wants to fall in love for the first time, but runs into a roadblock when she starts to receive anonymous, threatening notes from someone who knows she’s HIV positive. That makes it sound super serious, and it is, at some times, but it’s also a coming-of-age story about a girl who is super into musicals and corny sex jokes and hanging out with her friends.

I’m currently working on edits with my editor for my second book!

It’s really, really hard to pick just one. I’ve loved Renée Watson’s work for a few years now because it’s just so Black and nourishing and beautiful. They’re my favorites to read. She writes YA and MG and picture books and I’m just so glad that kids get to read her work and grow up with it.

On the adult(ish) side, I’m in love with Casey McQuiston, who wrote Red, White, and Royal Blue. I read an ARC of it last year during my first year of college. I was having a rough time and was really sad about everything, including the state of our union. That book was everything I could ever want. I love reading it because it always lifts my spirits. It’s like… book goals, in terms of everything I have ever wanted to write. I’m so glad it exists.

Aurora Dominguez is a high school English teacher, college professor and journalist in South Florida. Her work has appeared in The Miami Herald, Where Magazine and J-14 Magazine, all places where she worked as a writer and editor before going from the newsroom to the classroom. Her favorite days are "Caturdays," which she spends with a good book, her husband, Sebastian, and her cat, Luna. Her motto when it comes to reading: "No book left behind!"
All Posts
PrevPreviousTropetastic Snowed-In Romances by Erin McLellan
NextFour Magical Peter Pan Adaptations and Retellings that’ll Make You Feel Like a Kid AgainNext