Carly Phillips on Returning to Her ‘Dare to Love’ Series 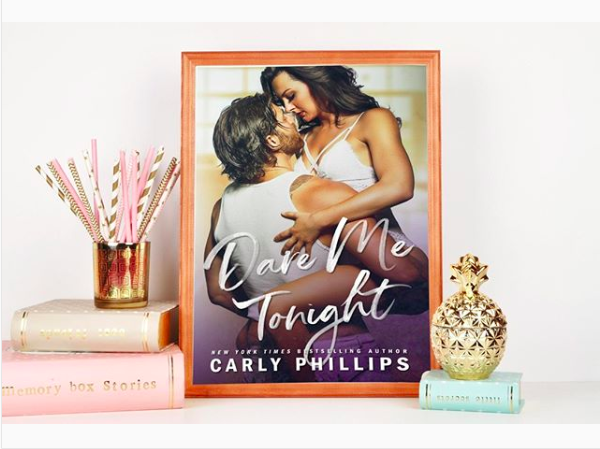 [Note from Frolic: We are so excited to have author Carly Phillips guest post on the site today. Take it away, Carly!]

Readers and television watchers love family dynamics. From This is Us to Modern Family to Shameless, family makes us laugh, cry and cheer for the characters. This has always been the case and family has been central to my writing over the years, going back to the Simply Series for the now gone Harlequin Temptation, Blaze line in the early 2000’s, to my current The Knight Brothers series with the final book out now, Dare Me Tonight.

In 2013, I decided to change career direction, leave NY publishing after a productive 15 years and begin Indie publishing. The first question that came up was … what was I going to write? What was I going to give my existing readers and the new indie readers who were discovering romance courtesy of the brave authors who published on their own before me?  The obvious answer was family.

Carly Phillips’ brand has always been based on the intricacy of family dynamics. At this time, I had been reading Marie Force’s Gansett Island and Bella Andre’s The Sullivans for this very reason. Even as a reader I loved family romances. But I was also devouring hot, erotic romances from authors like Samantha Young, Kristen Ashley and more, that were a step beyond the Carly Phillips’ brand in heat level of love scenes. My goal was to blend my past and a new present with a family style romance with alpha men who weren’t afraid to go after what they wanted. But how could I do it differently? My own way? 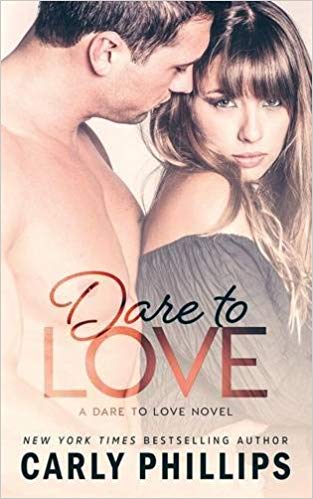 From this question, the Dare to Love family was born. In backstory, Robert Dare was married and had a family with one woman and yet had an ongoing affair and a family with his mistress. 8 siblings (5 legitimate and 3 illegitimate) who didn’t know about each other until one of the children in the “illegitimate” family needed bone marrow and he came to his wife to have his other kids tested to be donors. Yep. The man was and still is a bastard. But the concept was different, at least to me. And from this family’s history that I just shared, came resentment and pain. Nine children who shared a history and yet each experienced it differently and the hurt caused different emotional scars for every one of the kids. I couldn’t wait to tell their stories.

The oldest legitimate child, Ian Dare, stepped up for his family, became the father figure to the rest of his “full” siblings … and had control issues in all of his relationships, including with the heroine who came into his life courtesy of the half-brother he resented. I wrote Dare to Love.

And a funny thing happened … readers responded to Ian. He became the gold standard for all the heroes in the series who came after him. He was pure Alpha, said what he thought, did what he wanted, made demands, and readers loved him. For the next three years, throughout 5 of the legitimate siblings (Yes, you smart readers, there originally were 6 siblings, one of whom “accidentally” got dropped and so I revised the earlier books), 1 of the illegitimate siblings, and 3 unexpected New York Dare cousins (whose stories are even hotter than the original/Dares), I wrote my heart out in this series.

Until I reached burnout with two stories left untold. I then did the most difficult thing possible and it hurt me to do it – I stopped writing the Dares and moved on.

Readers constantly wrote and asked when and if I’d write Sienna and Jason’s stories. The answer? I didn’t know. I couldn’t imagine going back to that world. For a long time, it felt limiting, like I’d explored everything about the pain Robert Dare had caused his children, and going further would bore me … so wouldn’t it bore my readers?

Over the next three from 2016 – 2019 I went on to write 12 books and 2 novellas (in 4 new series) and I even revisited Ian and Riley from Dare to Love in another short story via my newsletter for readers. And still I’d receive letters asking for the final Dares.  Then suddenly, while writing The Knight Brothers series, I came to book 4 and a hero that reminded me of Ian Dare.

Meet Ethan Knight in Dare Me Tonight … Ethan had experienced the ultimate pain and betrayal by his now deceased wife. He’d always been intimidating to the outside world yet fiercely protective of his family but he became an angry, isolated human being who needed a heroine to soften him. And I found myself thinking, wouldn’t it be FUN to have Ethan Knight go up against Ian Dare? Isn’t it time to revisit the untold Dare sibling stories? And so Sienna Dare, the youngest of the Dare children, and part of the illegitimate family, became Ethan Knight’s heroine.

No worries! Dare Me Tonight, like every Carly Phillips story, is a complete stand-alone. You won’t be lost or confused if you jump in with this story but you will, I hope, become curious about the rest of the Dare and Knight families. Because of course, the point of this entire piece is family and how much we love to dive into their worlds.

NY Times, Wall Street Journal, and USA Today Bestseller, Carly Phillips gives her readers Alphalicious heroes to swoon for and romance to set your heart on fire. She married her college sweetheart and lives in Purchase, NY along with her three crazy dogs who are featured on her Facebook and Instagram. Carly loves social media and interacting with her readers. Want to keep up with Carly? Sign up for her newsletter and receive TWO FREE books at www.carlyphillips.com. 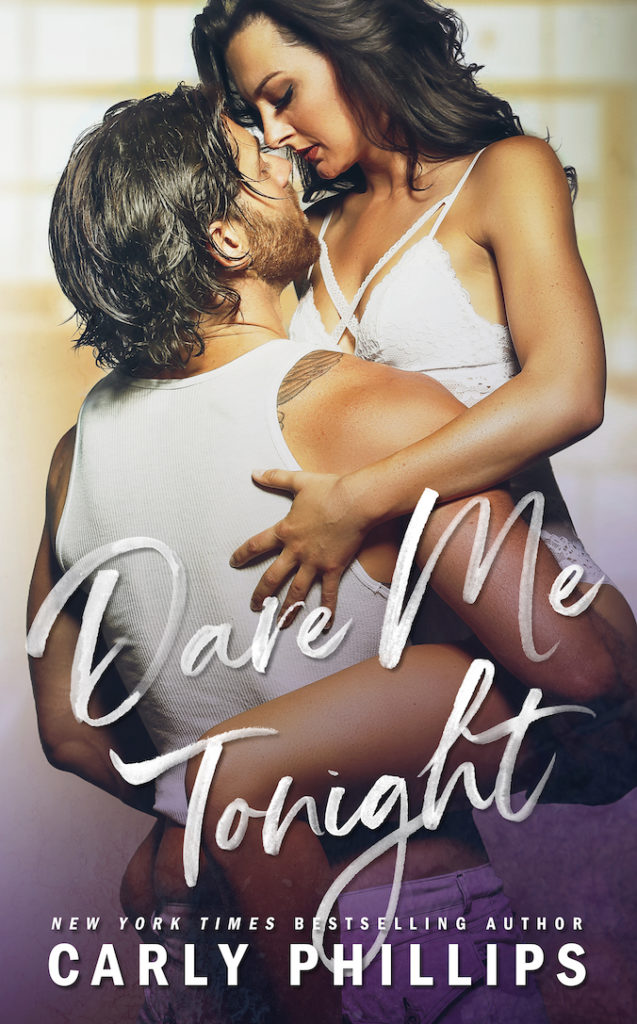 Dare Me Tonight by Carly Phillips, out now!

One virgin, one night, one surprise baby…

For Ethan Knight, managing his empire is his priority. Women, not so much. But when a favor leads to him meeting sexy, driven Sienna Dare at a black tie corporate event, his interest is piqued along with his desire, and his infamous control slips as he joins her for an unforgettable night in bed.

Sienna Dare is trying to figure out the direction of her life when she meets enigmatic Ethan Knight—a strong, confident man so hot and irresistible he’s the one she finally relinquishes her v-card to.

The problem? Ethan has a billion dollar contract with Sienna’s brother at stake. An overly-protective brother who doesn’t take it well when he finds out his business associate bedded his much younger sister. Oh, and she’s pregnant, too. . .

Where Romance and Pop Culture Live Happily Ever After.
All Posts
PrevPrevious6 Dos and Don’ts for the Traveling Writer by Lexi Blake
NextBook Nerdery: Avery Flynn Quizzes Kristan Higgins on Her New Book, Dogs and Handbag “Research”Next