Casablanca and Chemistry and Cocktails by Brittany Jacques 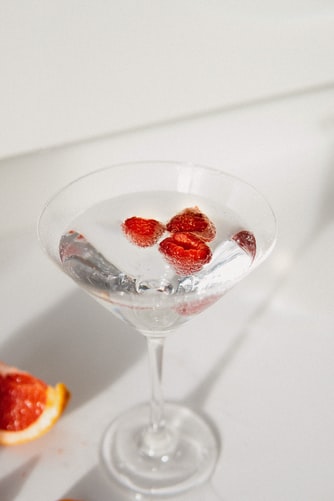 [Note from Frolic: We’re so excited to welcome author team Brittany Jacques to the site today. Take it away!]

I guess you can say the vodka life chose us. We never set out to write a book on the topic, and to be quite honest, I’d dismissed vodka as the all-nighter party drink of choice to get wasted instead of the incredible spirit that is. Writing How to be a Vodka Snob actually turned me into a vodka snob, and now I fully embrace its complexity and nuances.

Brittany Jacques is actually two people: myself and my husband Jay. He’s the true liquor connoisseur of the family, even though by professional standards, we’re still considered amateur mixologists. The purpose of Vodka Snob is to introduce other “amateur mixologists” to the craft vodka space by laying a groundwork of everything you’d need to know to be a pro bartender in your own home.

We reference a lot of vodka drinks from Hollywood and one of the best, hands down, has got to be the French 75 from “Casablanca.” This iconic film tells the tale of a nightclub owner in early World War II whose café becomes a haven for refugees trying to escape to America. When his former lover shows up unexpectedly, the intrigue, drama, and grab the tissues heart-wrenching decisions are nothing short of masterful.

And truly…can any movie buff deny the chemistry between Humphrey Bogart and Ingrid Bergman? It’s a classic film that we were pleased to pair with a classic drink.

In the film, the French 75 is ordered by the jilted mistress Yvonne (Madeleine LeBeau). This drink is a combination of gin and champagne with simple syrup and lemon. However, many cocktails can substitute vodka for gin and don’t you know that’s exactly what we did.

The French 75 is a drink with few ingredients, so why exactly is it called the French 75? We had that question, too, and we share what we learned about that in How to be a Vodka Snob:

The earliest known version was created by Henry MacElhone at the New York Bar in Paris in 1915. This World War I drink is claimed to be named after a 75mm Howitzer field gun due to its kick. But if we dig deeper, our beloved Charles Dickens served gin and champagne to his guests.

Another tale is that soldiers created the drink when they ran out of club soda (which would have made the drink a Tom Collins) and substituted champagne. Yet according to GuitarPlayer.com, the first recipe didn’t have champagne in it at all. Instead, it was when Here’s How!, a cocktail recipe book, was published did the champagne version gain popularity. The recipe called for powdered sugar.*

“Casablanca” celebrates its 80th year anniversary next year and we fully intend to have a watch party with spicy popcorn, snacks, and the sweet French 75s at the ready.

Here’s looking at you, kid.

Amateur mixologist husband-and-wife team with a secret passion for vodka writing under a pen name. 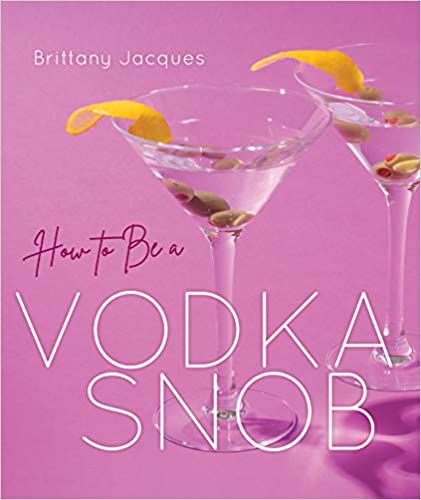 How to Be a Vodka Snob by Brittany Jaques, out now!

Do you know your Moscow Mule from your White Russian? Your Stoli from your Belvedere? Micron filtering from charcoal filtering? No matter how you take your vodka, it is time to embrace your inner vodka snob.

How to be a Vodka Snob features more than 50 recipes with everything from James Bond’s favorite Martini to Dwight’s Beets Over Rocks from The Office, as well as accompanying nibbles and side dishes. With Brittany Jacques as your guide, your journey to becoming a vodka snob starts here.

Where Romance and Pop Culture Live Happily Ever After.
All Posts
PrevPreviousSummer Lovin’: 7 Gay Romance Recommendations for Your Pride Month Reading List by Jeff Adams and Will Knauss
NextFive Tips For Writing In A Fantastical World by India HoltonNext