Christine Lynn Herman: “It was a cathartic and intense emotional journey.” 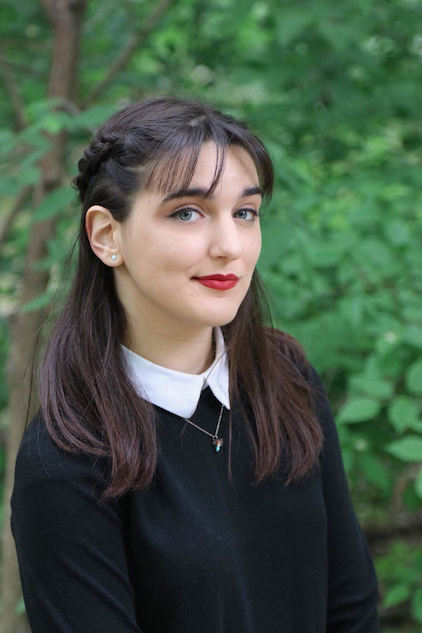 [Note From Frolic: Our resident YA expert Aurora Dominguez got the opportunity to interview author Christine Lynn Herman and ask her five(ish) questions. Christine’s novel ‘The Deck of Omens‘ is out now!] 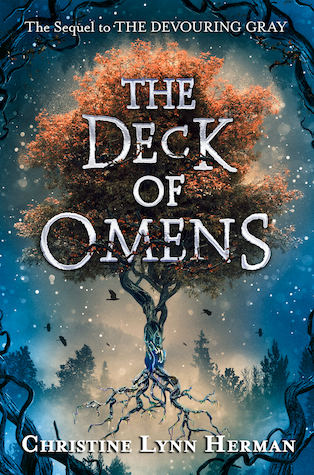 Christine Lynn Herman: I found throughout the process of writing The Deck of Omens that I was often grappling with my own personal experiences regarding grief and trauma recovery, as well as the stories we tell ourselves. It was a cathartic and intense emotional journey.

It’s difficult for me to just pick one, but I will say that I found a great deal of myself in Isaac’s arc. As an adolescent, I was the type of person who would do anything for my friends and always put myself last—often at my own expense. Learning how to take care of myself has been a big part of my adulthood, and I really enjoyed writing a character who was embarking upon that journey.

In this time of turmoil and change, I think people want to see powerful and relatable fictional characters more than ever. Everyone deserves to see a character who reminds them of themselves being triumphant and important at the center of their own story. It shows us that we can be powerful too.

The Deck of Omens continues, and finishes, the story that began in The Devouring Gray. In Four Paths, New York, five teenagers are grappling with a complicated magical destiny, a dangerous monster in the woods, and their own emotional traumas as they work to protect their town. It’s an atmospheric, creepy small-town-centered tale with lots of complicated characters, perfect for fans of “Stranger Things” or “Riverdale.”

My next solo project is The Drowning Summer, a YA contemporary fantasy novel coming soon from Little, Brown Books for Young Readers. It’s a standalone focused around two teenage girls who happen to be amateur mediums as they try to solve a mystery, appease a ghost, and fall in love with one another over the course of a single life-changing summer. I’m really excited about it—it’s the most personal book I’ve ever written, and considering my previous work, that’s really saying something.

Naomi Novik. She’s an absolute inspiration. I can’t wait for her forthcoming A Deadly Education.

What inspired you to write this unique novel for young adults?

As a child, I moved around a great deal. The first time I put down roots was during my college years in upstate New York, and it remains my chosen home in a way no other place has ever quite matched. I wanted to write a book set in that same region, rooted in that same feeling of finding a home in the last place you’d ever expect.

Which character was the hardest or most interesting to write in your latest read?

I think May Hawthorne was the most challenging for me. Her voice took the longest to show up of each of my point-of-view characters, but once it did it was very rewarding to write. For me, getting to know my characters is often like getting to know actual people; some are open books, while some take a lot more time and attention before you feel like you understand them.

A lot of people are going to say no to your work. Don’t let one of those no’s come from inside your own head. Find a way to balance believing in your own worth as a creative while also working toward improving your craft. A great way to do this is to find other writers you click with—they’ll make a solitary and complicated job feel far less difficult and will help you carry on when you doubt yourself.

What makes for a good, scary, and suspenseful novel?

Well-developed characters that readers become invested in. Caring whether a story’s protagonists live or die automatically raises the stakes of every dangerous situation and adds depth and nuance to the challenges they face.

Christine Lynn Herman subscribes to the firm philosophy that home is where her books are. Born in New York City but raised around the world, she returned to the United States to study at the University of Rochester, where she received an Honors English degree. Christine and her books reside in Cambridge, MA, along with her partner and their extremely spoiled cat. You can find her in the nearest forest trying to figure out how to become a tree, at www.christinelynnherman.com, or on Twitter and Instagram @christineexists.

Aurora Dominguez is a high school English teacher, college professor and journalist in South Florida. Her work has appeared in The Miami Herald, Where Magazine and J-14 Magazine, all places where she worked as a writer and editor before going from the newsroom to the classroom. Her favorite days are "Caturdays," which she spends with a good book, her husband, Sebastian, and her cat, Luna. Her motto when it comes to reading: "No book left behind!"
All Posts
PrevPreviousThe Public Library and Romancelandia. Part 4: Reach Out and Repair
NextFrolic Podcast Network Weekly Wrap-up: Romance Comfort Movies, Tattoos and More!Next