Cindy Callaghan: “I wanted to tell an engaging, entertaining, and exciting tween story that would appeal to all those audiences.” 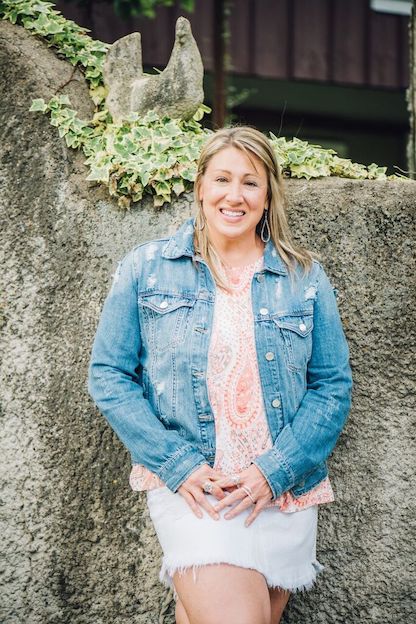 [Note From Frolic: Our resident YA expert Aurora Dominguez got the opportunity to interview author Cindy Callaghan and ask her five(ish) questions. Cindy’s novel ‘Saltwater Secrets‘ is out now!] 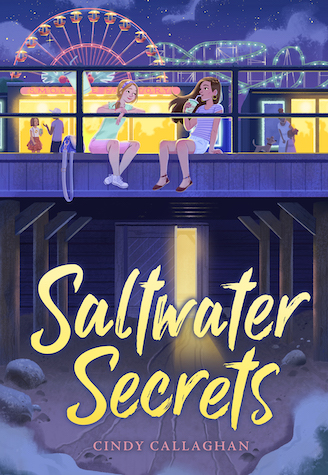 Cindy Callaghan: I write for tweens, or what I like to call “sweet teen.” That is, a book that hits the tween demographic with slightly more mature topics, done in a way that lacks edge. This is more challenging than it sounds, because many pre-teens are curious about “edge,” while parents, teachers, and librarians are looking for clean.

In Saltwater Secrets I wanted to tell an engaging, entertaining, and exciting tween story that would appeal to all those audiences.

Why?  In the hopes of wooing reluctant or lapsed readers back to books, I believe tween books need to be positioned to compete with other media – texting, video series, movies, social media, and so on – in the life of today’s tween that’s often prioritized over reading.

How?  I started with “Big Little Lies for tweens” and the notion of applying an adult success to a younger demo.

When I first came up with this idea, and hadn’t yet finished the first draft, I was meeting with Hollywood studios and discussing many projects. Across the board “Big Little Lies for tweens” grabbed attention.  That’s when I believed I was onto something cool.

All of my characters are in some way a self-portrait and/or a reflection of people in my life. The choices I make about names, expressions, mannerisms, backstories are from my own experiences or stolen from friends and acquaintances.

But, I think I’m more like Stella. I grew up in New Jersey, so we’re similar in voice and tone. At first glance she’s gruff and tough-exteriored, but just below the surface you see that she’s dealing with the same crap as everyone else and she shows her kindness in ways other that sweet words.

Josie being from Australia has a different frame of reference than Stella and me, but I can relate to how she wears her heart on her sleeve, and we share a love of the environment.

I resemble both of them in their desire to help and cover for each other – that’s how I am with my friends and sister.

In Saltwater Secrets Josie and Stella tackle a very real mystery when adults don’t believe them, look the other way, or are actively involved in the conspiracy.  They empower themselves to do what needs to be done to protect the town and save the jelly fish.  THIS message – “I am woman, hear me roar” – has always been important for tween girls, and now they’re getting this message more than ever from characters they can relate to.  And that’s fantastic!

When I was in elementary school, girls were discouraged from math and science…I literally was told that I wasn’t a “numbers girl.”  (Spoiler Alert:  I am.)  I took Home Ec…and I’m not that old!  Mind you, I have nothing against Home Ec skills.  In fact, I wish I could sew, but I also wish I could change my oil, fix basic plumbing issues, understand physics and foreign policy.

Today’s tweens are encouraged to find their voice and be anything they want to be!  No one is putting baby in a corner.  What a great time to be a tween girl!  When I look at Emma Gonzalez – I hope you remember this remarkable young women from the 2018 Parkland, Florida Shootings – I see a future leader.  We need girls like her.

It’s important for girls to read about girls to whom they can relate – and by relate, I mean not only in terms of age or ethnicity, but girls who have “stuff” going on…family stuff, boy stuff, body image stuff, popularity stuff, grades stuff, not-being-chosen-for-the-team stuff, money stuff, friend stuff, they mess up and make mistakes …  and yet they are taking on issues both big and small.

Half-sisters Stella and Josie live for their summers at New Jersey Shore and the boardwalk. They love it and don’t want it to ever change.

But, it does.This summer feels different. Josie is ready-for-high-school-Josie and Stella, the same age, isn’t. Despite the rocky start to their vacation, they still go to their secret, special place under the boardwalk to add memories to their secret box.

On the way they see that their favorite sweet spot has gone out of business and a new jazzy Smoothie Factory has opened. That’s the least troubling change.  The girls unearth information that someone is poisoning the marine life and local landmark Murphy’s Pier is in danger of falling into the sea.

When the officials don’t listen to Josie and Stella’s concerns, they need to take matters in their own hands.

I recently finished a project that I’m super excited about.  Like Saltwater Secrets, I believe it’s a different way of story telling for tweens.  The high-stakes rom com takes place over one day with hourly time-stamps, Think: 24.

It’s short, tight, and told in what I like to call a “snackable’ way to compete with the other media in tweens lives.

This book is also a drafted as a show series and is presently being shopped to studios.

I’m a huge James Paterson fan and I rarely miss a book.  I try to mimic his addictive, page-turner, fast-paced, suspenseful writing style in my own books, because that’s what I like to read!  I’m a lazy reader…I’m usually tired in the evening and I just want brain candy and James gives it to me. I want to read brain candy and I want to write brain candy…that’s what I think will get tweens reading.

Aurora Dominguez is a high school English teacher, college professor and journalist in South Florida. Her work has appeared in The Miami Herald, Where Magazine and J-14 Magazine, all places where she worked as a writer and editor before going from the newsroom to the classroom. Her favorite days are "Caturdays," which she spends with a good book, her husband, Sebastian, and her cat, Luna. Her motto when it comes to reading: "No book left behind!"
All Posts
PrevPreviousFrolic Podcast Network Weekly Wrap-up: Measuring Success, Historically Ferocious Womens and More!
NextFrolic-Exclusive Excerpt: Pregnant by the Playboy by Jackie LauNext