Comic Corner: A Chat with L.L. McKinney Author of Nubia: Real One 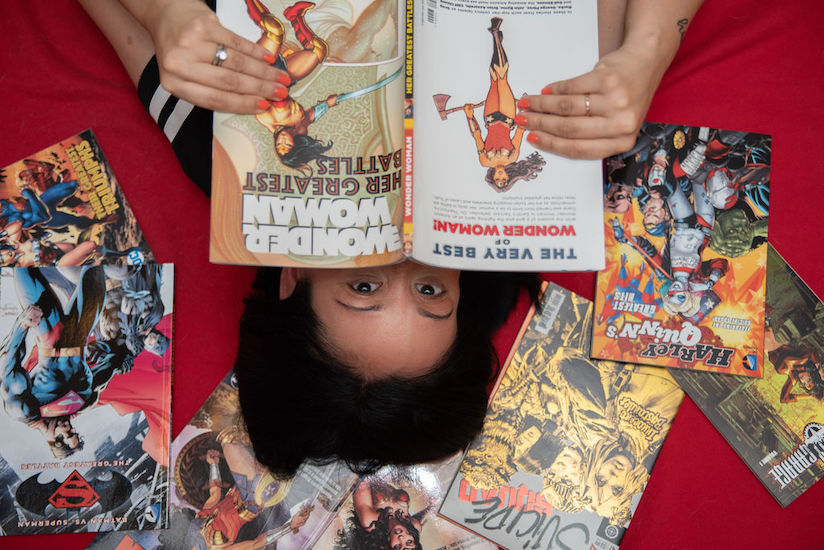 Note from Frolic: Our resident YA and comics expert Aurora got the chance to sit down with author L.L. McKinney and ask her all about her new graphic novel, Nubia: Real One! Check out the interview below, and grab a copy from your favorite comic store. 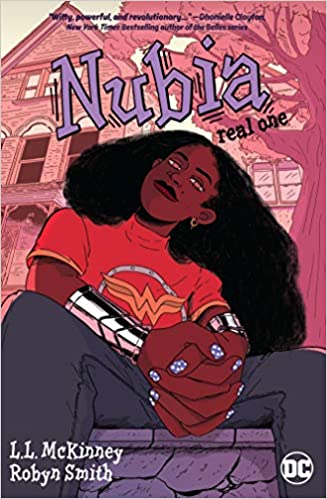 What was your inspiration behind Nubia: Real One?

I’ve always loved Nubia, and I’ve always wanted her to return to the spotlight as who she was, an equal to Wonder Woman and more. So when I was given the chance to pitch a different DC project, Nubia was part of that pitch. She really resonated with the team—I can’t lie, I probably put more into her even though she wasn’t the star character for that project—and so when DC asked me to pitch an entirely separate YA story, Nubia was the star.

I love the character development and the story. How do you prepare for writing for a graphic novel, versus writing your YA books?

There was no real preparation outside of the usual process. Pitch a story, outline the story (which is a bit new for me, I’m usually a pantser, but when you’re playing in someone else’s back yard you follow their rules), then draft the story. It was different writing it, though. Scripts are primarily dialogue. I don’t have narrative prose to help flesh out things that aren’t being said aloud or thought up by the character. So the dialogue requires more, does more work. This has made me a stronger prose writer.

How do you most relate to the character of Nubia?

I think I relate to her most in wanting to do the right thing, but knowing the attention it brings you will ultimately result in some negativity coming your way. Visibility impacts people differently, and for Black women, it can be both a blessing and a curse. Nubia’s story is about that, and I relate to that greatly.

What’s up next for you in the graphic novel or bookish world?

Well, I have a Power Ranger comic coming out next month and in April. I’m a huge PR fan, my favorite season is In Space, and I get to write Karone’s origin as Astronema! I’m excited. Then then I have a couple of short stories in anthologies, one about Black Panther and Wakanda in March and then World of Warcraft in April! The last thing for this year is the third book in the Nightmare-Verse trilogy, which is my original work. It’s a YA urban fantasy that asks “What if Buffy fell down the rabbit hole instead of Alice?” Where a Black teen in Atlanta crosses into Wonderland to kiss nightmarish monsters. The first book came out a couple of years ago, titled A Blade So Black. Looking forward to sharing the end of that story with readers.

What is your favorite scene in this graphic novel and why?

All of them! But seriously, I have lots of favorite scenes. I’ve already talked about a few so I’ll mention another one. There’s a party that Nubia and her friends go to, it’s actually available as part of the previews floating around. Well, something happens at the party and Nubia wants to leave, so she goes to her friend Jason, who’s been having a great time. When she says she wants to go, he doesn’t hesitate, he doesn’t try to talk her down or talk her out of it to save his own fun, he’s just ready to bounce because his friend is upset. No questions asked. I love it. I love them. I love this book!

Aurora Dominguez is a high school English teacher, college professor and journalist in South Florida. Her work has appeared in The Miami Herald, Where Magazine and J-14 Magazine, all places where she worked as a writer and editor before going from the newsroom to the classroom. Her favorite days are "Caturdays," which she spends with a good book, her husband, Sebastian, and her cat, Luna. Her motto when it comes to reading: "No book left behind!"
All Posts
PrevPreviousExclusive: Betting on a Duke’s Heart by Royaline Sing Cover Reveal
NextOur 5 Favorite Star Crossed CouplesNext