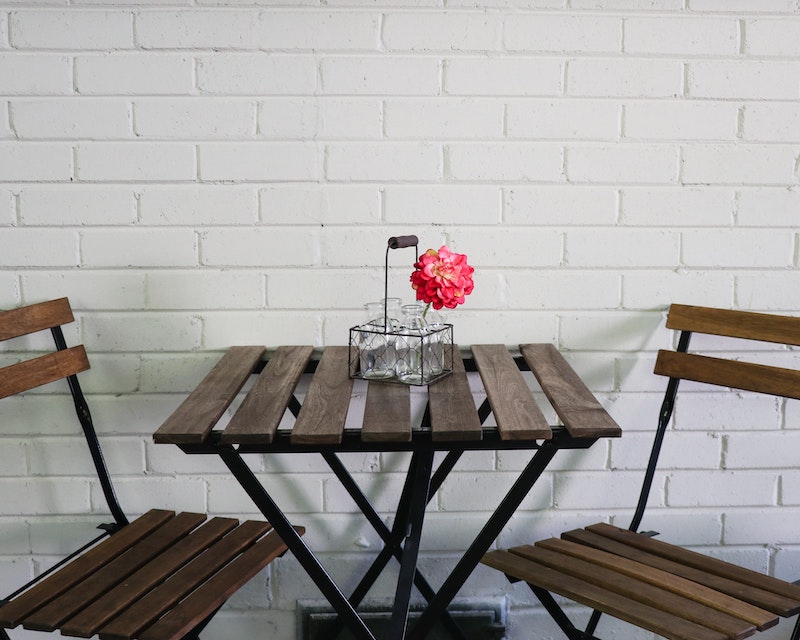 [Note from Frolic: We’re so excited to have author Tawna Fenske guest posting on the site today talking all about creative dating and mishaps. Take it away Tawna!]

I don’t want to brag or anything, but my last date night was off the chain.

My husband massaged the lemony kale salad but forgot he had a cut on his finger. As he sprinted, yelping, to the sink, he tripped over the dog and upended a bottle of red wine.

Over the course of the meal, our 18-year-old regaled us with a story about farts. The 14-year-old lit candles on the table, creating both a romantic setting and a fire hazard when the cat jumped up to steal a piece of salmon.

Don’t worry, the cat’s fine. And I swear we do have kid-free, pet-free date nights. Sometimes, they even resemble the kind of normal, romantic interludes you read about in novels.

But if you’re convinced romance authors live in a state of perpetual romantic bliss, I’m gonna burst your bubble real hard. Keeping the romance alive is a challenge, and it’s not always glamorous.

A couple years ago, we planned a romantic riverside picnic date. Let’s not dwell on the details, but somehow, my bra ended up at the bottom of the Deschutes River. It was a damp and uncomfortable hike back to the car.

Another time, we had a date at a restaurant with a steep ladder required to reach our table on the second floor. Because I am a graceful lady, I managed to fall directly on my husband while descending. I should mention I was wearing a skirt.

Occasionally, there’s crossover between date nights and author life. While researching a scene for a rom-com in which the hero spanks the heroine with a spatula, I requested my husband’s help to determine the proper positioning against the kitchen counter. It might have gone better if our dinner guests hadn’t arrived ten minutes early for our planned double date.

Oh, and ask me how I know the dexterity required to scrub flour off your backside. (Better yet, don’t ask — just watch the video here).

So yeah, there’s been a certain amount of… creativity involved in my dating life. Blame it on being married a while or blame my general awkwardness. Either way, creative dating has become my specialty.

That’s one reason I dearly loved writing my newest novel, The Two-Date Rule. It’s a romantic comedy about a woman named Willa whose lousy childhood leads to her hard-and-fast rule to never date a guy more than twice. That’s just fine with smokejumper Grady, whose career doesn’t exactly lend itself to long-term relationships. But as Willa and Grady begin falling for each other, they’re forced to find creative ways to circumvent Willa’s rule.

Mini golfing? Totally not a date. Taking a friend’s five-year-old out for a tea party? Nope, that’s not a date, either. Game night? No way can Monopoly be romantic.

Or can it? Kinda depends on how you play. My first rom-com ten years ago had a scene where the couple played Strip Battleship. To this day, I get fan mail from readers thanking me for spicing up their own game nights. I’m still waiting for a kickback from Hasbro.

In the end, I suppose the point of dating is to spend time with the person who floats your boat, and to hopefully get to know that person on a deeper level. What better way to do that than to step outside the candlelight-and-flowers cliché and into a situation that forces you both to think on your feet.

So, bring on the dog walking dates and the naughty car sex that results in an awkward conversation with police. Let’s hear it for the laser tag dates, the bowling dates, or the ice-skating dates that leave you with frozen toes and silly grins on your faces.

Here’s to finding the fun in dating, one weird outing at a time. 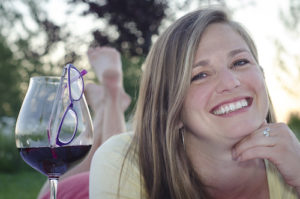 When Tawna Fenske finished her English lit degree at 22, she celebrated by filling a giant trash bag full of romance novels and dragging it everywhere until she’d read them all. Now she’s a RITA Award finalist, USA Today bestselling author who writes humorous fiction, risqué romance, and heartwarming love stories with a quirky twist. Publishers Weekly has praised Tawna’s offbeat romances with multiple starred reviews and noted, “There’s something wonderfully relaxing about being immersed in a story filled with over-the-top characters in undeniably relatable situations. Heartache and humor go hand in hand.”

Tawna lives in Bend, Oregon, with her husband, step-kids, and a menagerie of ill-behaved pets. She loves hiking, snowshoeing, stand up paddle boarding, and inventing excuses to sip wine on her back porch. She can peel a banana with her toes and loses an average of twenty pairs of eyeglasses per year. To find out more about Tawna and her books, visit www.tawnafenske.com.To learn more about all of Tawna’s books, visit www.tawnafenske.com 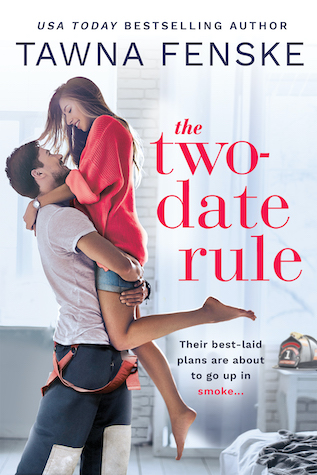 The Two Date Rule by Tawna Fenske, out now!

Willa Frank has one simple rule: never go on a date with anyone more than twice. Now that her business is providing the stability she’s always needed, she can’t afford distractions. Her two-date rule will protect her just fine…until she meets smokejumper Grady Billman.

After one date—one amazing, unforgettable date—Grady isn’t ready to call it quits, despite his own no-attachments policy, and he’s found a sneaky way around both their rules.

Throwing gutter balls with pitchers of beer? Not a real date. Everyone knows bowling doesn’t count.

Watching a band play at a local show? They just happen to have the same great taste in music. Definitely not a date.

Hiking? Nope. How can exercise be considered a date?

With every “non-date” Grady suggests, his reasoning gets more ridiculous, and Willa must admit she’s having fun playing along. But when their time together costs Willa two critical clients, it’s clear she needs to focus on the only thing that matters—her future. And really, he should do the same.

But what is she supposed to do with a future that looks gray without Grady in it?

Where Romance and Pop Culture Live Happily Ever After.
All Posts
PrevPreviousDaily Frolic: New Star Wars Content is Coming!
NextPhantom of the Opera: A Problematic PhaveNext