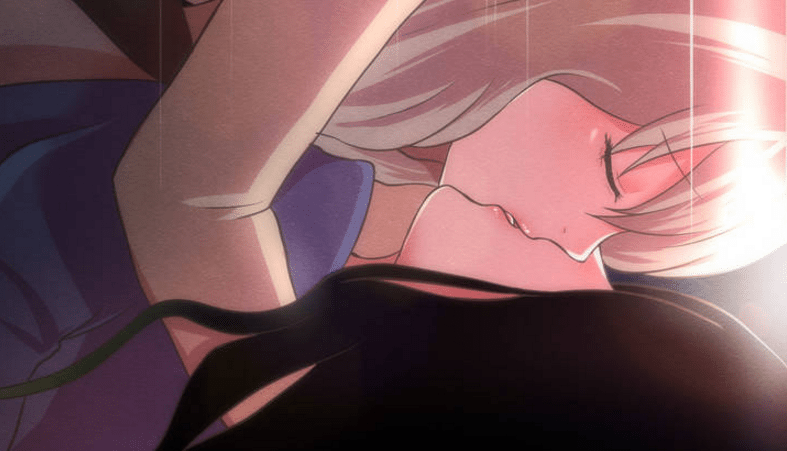 [Note from Frolic: We are so beyond excited to have The Third Party creator Enjelicious guest post on the site today. If you haven’t read The Third Party yet, don’t worry the first 9 episodes are up to read for free from the 7th to the 13th!]

I was asked “What if The Third Party” got a live action cast? To be honest, it never crossed my mind so I found it challenging to choose actors that would fit my characters.

I had to think of the perfect cast that would fit the story with it being mature. Plus, the comic’s cast largely consists of female characters. Rather than appearance, I had to think of actors who’d best embody each character’s essence.

The following actors are who I’d imagine playing a film adaptation of “Third Party”:

Let’s start with the supporting characters:

The unnamed Madame who becomes Hae Jin’s confidant and shares a connection with Jeong Hui’s late mother. She’s somewhat abrasive and I think Jane Lynch would portray her well.

She’s very energetic, bubbly, and gives out a trusting impression which is very Lee Su Jin.

Known as one of America’s sweethearts, I believe Jennifer Aniston will be able to play Seon Young as she is also the darling reporter in the story.

I’ve watched one of her popular films recently and I must say that I like her acting. She plays fun and exciting characters. Mi Jin is supposed to be the main character, Jeong Hui’s bubbly friend, and I believe she could pull it off well.

Tatjana is Jeong Hui’s head bodyguard. I was thinking of an actress(es) who could execute badass martial arts moves and action scenes while protecting “her lady”. We’ve seen her star in some intense action movies plus she could pull of this hairstyle.

Someone else who could play Tatjana would be Jennifer Lawrence. She’s very dynamic with her acting, style, and has also played in

I’ve seen him play some fatherly roles where he’s tender, compassionate but also professional and sophisticated. Plus he’s handsome, who could resist that?

His aura is something I can think off when I think of my character Sang Hun. With lots of movies in his belt, I believe he can do justice to an ambitious, self-centered character.

I was thinking that Hae Jin is supposed to be playful and cool yet mysterious. I can think of Cameron Diaz’s playful savagery in some of her movies while Charlize’s Theron’s coolness comes to mind too.

Finally, the star of the comic. My character Jeong Hui is supposed to be innocent and quiet. Both of these actresses gives off the “first love” charm for me.

Dont forget: The first 9 episodes of The Third Party are up to read for free from the 7th to the 13th!

Where Romance and Pop Culture Live Happily Ever After.
All Posts
PrevPreviousReclaiming the Fantasy Narrative by Tara Sim
NextDaily Frolic: Netflix’s New Reality Show THE CIRCLE is Actually WildNext