Debbie Rigaud: I was like, yup, I’d sooo read that book 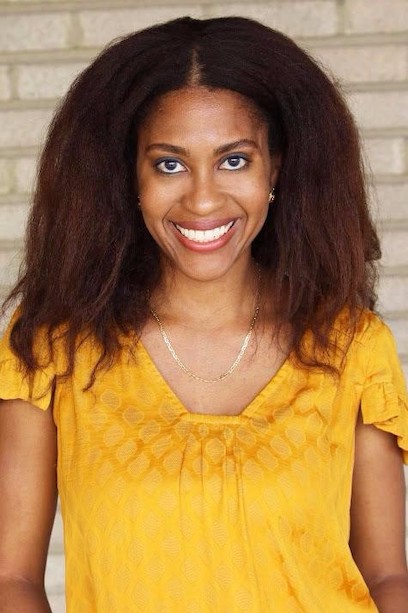 [Note From Frolic: Our resident YA expert Aurora Dominguez got the opportunity to interview author Debbie Rigaud and ask her five(ish) questions. Debbie’s novel ‘Truly Madly Royally‘ is out July 30th!] 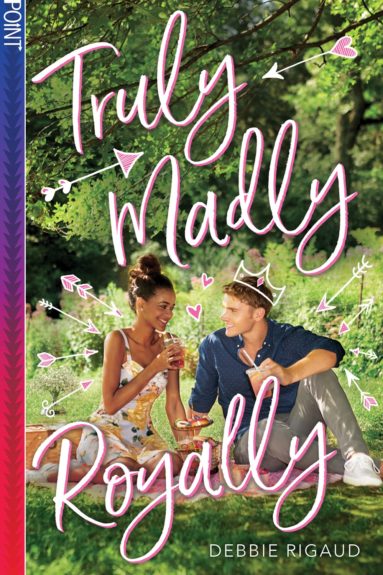 Debbie: Meghan Markle and her engagement and wedding to Prince Harry. This royal coupling captured the imagination of so many African-American women. The memes and GIF reactions on Black Twitter alone was epic and sometimes hilarious. There was this excitement and curiosity. At the time, I was like, Yup, I’d sooo read that book, or watch that movie. Never did I realize I would be the one to write an inspired-by book in this aftermath. I have my fabulous editor Aimee Friedman to thank for this realization. I had so much fun exploring what would happen when an African-American girl crossed paths with a royal fly guy. And let me tell you, I was all up in Zora and Owen’s business. Each time I sat to write, I felt like I was eavesdropping on their interactions. And I couldn’t play off my nosiness, because I have no poke face. Zero.

The main character Zora was my entry point to this story. Her love for community is something I deeply relate to. I’m not the community organizer that Zora is, but we are both intentional about staying connected to people, sharing friendly exchanges with folks, checking in with neighbors, leading with our hearts. In our view, the community—or the hood, as some folks may refer to it—is a special place. I make it a point to visit “the community” wherever I travel—LA, Paris, London, Negril, Chicago… That’s my small way of checking in. People tell me, don’t you notice this negative thing or that dysfunctional thing. I may notice, but for the most part, my memories of my hometown and the communities I visit are positive ones. Through Zora’s role as local helper, I wanted to convey that love for neighbors and neighborhoods. Hopefully, readers can pick up on that.

It’s such a thrilling time for diverse YA voices. To see so many YA authors of color occupying top spots on bestseller lists, to meet so many characters representing backgrounds usually relegated to the background makes me stand on my head and cheer. This is a special time, and I hope it’s just the beginning.

Truly Madly Royally is about what happens when Zora, a hometown princess, and Owen, a European prince, cross paths on the campus of a prestigious American university. They both feel out of place there for different reasons, and their strong connection comes at a total surprise to Zora. But the scrutiny around Owen is a lot for her to take on. When Owen invites Zora to his big brother’s buzzed-about royal wedding, she hedges. And as their relationship goes public, Zora is in for a messy ride. Readers can expect a sweet romance built on bugged-out banter, omg moments, tender support, and, of course, an epic royal wedding in the end.

HOPE, a Middle Grade series I’m writing with the lovely Alyssa Milano. Book 1 releases this October! As for WIP, I’m currently revising my YA rom-com about an over-protected Haitian-American girl from Jersey. Sound like a familiar premise? Well, that’s merely a coincidence. And if you run into my husband, ignore him when he tells you the protagonist’s name is Rebbie Digaud. That’s not true.

By far, I am most productive when I’m writing in public. I wrote most of Truly Madly Royally at coffeehouses. I need to be in a café or some lively setting. It’s tougher to sit there and daydream when you’re in public. Plus, I am energized by people. Having a general outline also helps me stay on task, but the outline does not have to be detailed. I leave lots of room for surprises in my storytelling.

Aurora Dominguez is a high school English teacher, college professor and journalist in South Florida. Her work has appeared in The Miami Herald, Where Magazine and J-14 Magazine, all places where she worked as a writer and editor before going from the newsroom to the classroom. Her favorite days are "Caturdays," which she spends with a good book, her husband, Sebastian, and her cat, Luna. Her motto when it comes to reading: "No book left behind!"
All Posts
PrevPrevious3 Romance Authors on Why They Prefer Their Love Out of This World!
NextLori Goldstein on How Silicon Valley’s Treatment of Women Inspired Her Newest Novel!Next