Dive into the Gilded Ages: The Social Graces by Renée Rosen Excerpt 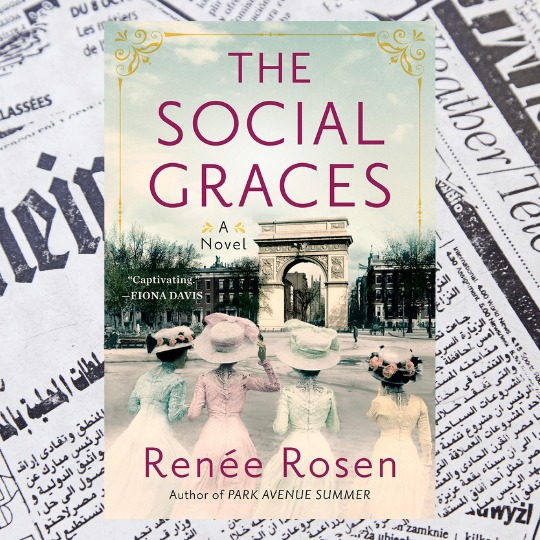 We are so excited to bring you this exclusive excerpt from The Social Graces by Renée Rosen! But first, a note from Renée Rosen herself!

“I’m so happy to share this exclusive excerpt from my upcoming novel, The Social Graces, the story of Alva Vanderbilt and Mrs. Astor vying for control of New York society during the Gilded Age. Think the original “Real Housewives of New York City” but in Worth gowns.

Mrs. Astor was society’s reigning queen and a Knickerbocker, representing the old money. Her rival was Alva Vanderbilt, a prominent member of the Nouveau Riche or new money. Mrs. Astor made it her mission to maintain the traditions and status quo, while Alva intended to shake things up, work her way in, and overtake the queen.

This scene is based on Alva Vanderbilt’s famous masquerade ball of 1883 which she threw in honor of her best friend, Vicountess Mandeville, coupled with an elaborate housewarming party for the completion of her Fifth Avenue mansion, Petit Chateau. This ball marked a pivotal shift in the two women’s on-going battle. Enjoy!” 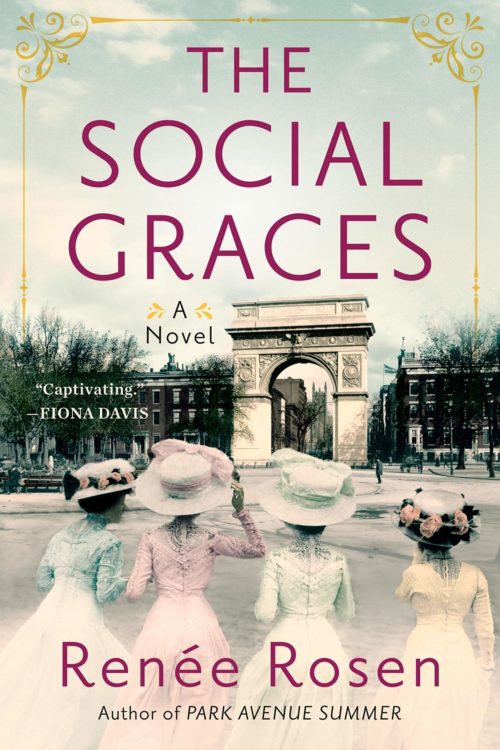 About The Social Graces:

1876. In the glittering world of Manhattan’s upper crust, women are valued by their pedigree, dowry, and, most importantly, connections. They have few rights and even less independence—what they do have is society. The more celebrated the hostess, the more powerful the woman. And none is more powerful than Caroline Astor—the Mrs. Astor.

But times are changing.

Alva Vanderbilt has recently married into one of America’s richest families. But what good is dizzying wealth when society refuses to acknowledge you? Alva, who knows what it is to have nothing, will do whatever it takes to have everything.

Sweeping three decades and based on true events, this is the mesmerizing story of two fascinating, complicated women going head to head, behaving badly, and discovering what’s truly at stake.

The Vanderbilt ball was called for ten o’clock, but the quadrilles wouldn’t begin until midnight, and just as Caroline never arrived at the opera a minute before the second act, she and Carrie would not step foot inside the Vanderbilt mansion a moment sooner than was absolutely necessary.

As their carriage made its way up Fifth Avenue, Caroline saw people congregating along the side of the road. At first she thought they were all in costume—sack coats and woolen shawls—but then she realized they were just commoners from the poorer neighborhoods, there to watch the guests arrive. One block farther north, the crowd grew larger. Police officers were there to contain the onlookers. Carrie pressed her face to the window, her excitement as palpable as Caroline’s curiosity.

When they drew closer still, Caroline saw the city’s finest carriages lining the street. If she didn’t know better, Caroline would have thought she was in Paris with all the liveried coachmen and footmen assisting guests. An enormous awning stretched from the doorway to the curb along with a thick red carpet there to protect everyone’s delicate footwear.

As she and her daughter made their approach, Caroline heard the orchestra music spilling forth from the mansion and good lord people were dancing in the great hall by the staircase. A woman dressed as a hornet with a diamond in her cone-shaped headdress was fluttering about, stinging guests and laughing as if she’d already gotten into the punch. A man dressed as Daniel Boone was chasing Mother Goose with a tomahawk made of flowers. A woman, whom Caroline would later realize was the other Mrs. Vanderbilt—Cornelius’s wife, Alice—was dressed in a white gown studded with diamonds that shimmered like tiny lightbulbs, and in her hand, a genuine electrical torch gave off a glow each time she pressed a switch hidden inside her pocket. There was a carnival-like atmosphere in the air, and everyone was laughing and carrying on recklessly. It was as if the costumes shielded their identities, giving them permission to do away with decorum altogether. Caroline shuddered. People never would have conducted themselves in such an undignified manner at one of her balls. Never!

Unlike the majority of the guests, hiding behind their disguises, Caroline was in plain view for all to see. She hadn’t given much thought and, frankly, hadn’t had much time to prepare her costume, opting at the last minute to wear a Venetian gown. It was a Rococo style in purple velvet, with a dramatic neckline cut low enough to display her four diamond necklaces. She drew a deep breath feeling everyone turn her way. The wide-eyed glances told her that no one had expected her to be there.

As Carrie excused herself to prepare for her quadrille, Caroline saw that Puss Strong had come dressed as a puss herself, complete with a taxidermy cat on her head and several tails sewn into the back of her gown. She was making her way toward Caroline when, thankfully, Ward McAllister intercepted, cutting in front of Puss and practically galloping to Caroline’s side, all dignity abandoned.

“Welcome, welcome,” he said, as if he were the host, which irked Caroline to no end. She didn’t like his embracing this charade of an affair. “My Mystic Rose has arrived, and now the real ball can begin, don’t you know.”

“And who, pray tell, are you supposed to be?” she asked, scrutinizing his outfit, uncertain what was more absurd: his powdered wig, the enormous plume protruding from his cap, the bright orange stockings or the plaited gorget framing his head. Were it not for that Mystic Rose and the don’t you know, she might not have recognized him.

“Why, I am a member of the French nobility.” He offered a grand bow that was entirely out of character for Ward McAllister. She gave him a disapproving glance as he straightened up. “Step right this way,” he said, still acting his part.

Passing through the great hall to the salon, Caroline willed herself not to glance up and admire the calcium lights illuminating the room along with the largest arrangements of flowers she had ever seen, orchids and bougainvillea everywhere she turned. It was also quite obvious that Alva Vanderbilt didn’t want a single guest to overlook her very expensive Louis XV furnishings. Caroline did her best to look unmoved. She had to retain a sense of superiority and would let it be known that she was not impressed, when in truth, she was immensely so. It seemed the only way to cope was to feign disgust—even if only to herself.

Suddenly there was a round of applause as a trumpeter began to play and a flock of white doves appeared from behind a curtain. Just as they flapped their wings and started taking flight, they revealed the hostess herself, Alva Vanderbilt, in grand preposterous style. Caroline assumed that Princess de Croy standing next to her was Viscountess Mandeville.

After the doves cleared her view, the first thing Caroline noticed was that Alva was also wearing a Venetian gown. Hers was a lemon-and-white brocade, and she had Catherine the Great’s pearls about her neck. Alva looked like a princess, but Caroline reminded herself that she was still the queen.

Through the crowd of adoring guests, Caroline and Alva locked eyes. It was like a matador facing off with a bull. Alva stood, waiting to receive her guests alongside the viscountess, and Caroline felt propelled toward her. The side conversations had stopped. All eyes were on Caroline and Alva, everyone waiting to see what would happen when the two came face-to-face.

Alva spoke first, her Southern accent syrupy sweet. “I’m so pleased that you could join us tonight, Mrs. Astor. Especially on such short notice. I do hope you’ll forgive my not receiving you that day when you came by.”

Touché. Caroline took a moment before responding. “Mrs. Vanderbilt, you seem to have outdone yourself tonight,” she said with a regal nod, and then turned away, only to be greeted by a masked man in yellow tights and a floor-length cloak.

Renée Rosen is the bestselling author of Park Avenue Summer, Windy City Blues, White Collar Girl, What the Lady Wants and Dollface. She is also the author of Every Crooked Pot, a YA novel published in 2007. Renée lives in Chicago.

Where Romance and Pop Culture Live Happily Ever After.
All Posts
PrevPreviousSunday Brunch: A Chat with Authors Kristin Cashore and Adrienne Tooley
NextExclusive: Betting on a Duke’s Heart by Royaline Sing Cover RevealNext