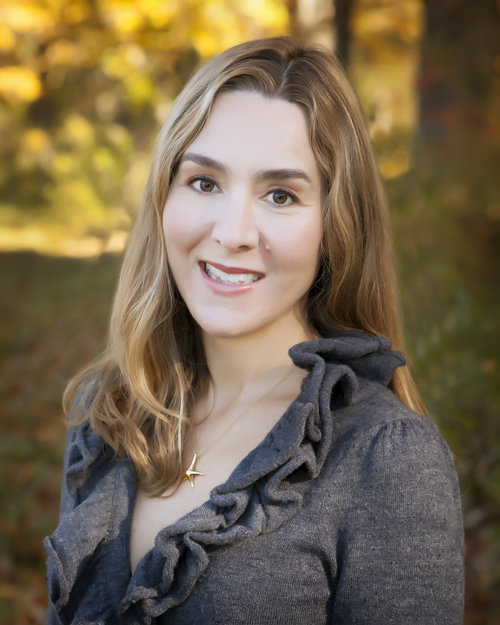 I’m so excited to bring you my interviw with Ismée Amiel Williams, author of This Train is Being Held!

What is your inspiration behind This Train is Being Held?

It was inspired by my love for New York City. I grew up in a small town in Connecticut. As the daughter of a Cuban immigrant, a mom who worked outside the home, I felt like an outsider. New York was the city of my dreams, a place where everyone could belong, no matter where you came from or who your parents were. I moved to New York to train in pediatrics after medical school and never left! For my second novel, I wanted to write a New York City subway romance between two teens who both reside in the city but have very different lives. I wanted to highlight the beauty of New York that is home to peoples of many cultures and backgrounds. While I didn’t start with the intention of writing a modern retelling of West Side Story, readers have commented on the similarities: much of the book takes place on the Upper West Side and Alex and Isa are from different sides of the tracks, literally. A main distinction is that both Alex and Isa are Latinos and it is class disparity that separates them.

I have always felt that the process of writing dual perspectives can be very daunting. What challenges did you face in writing alternative points of view?

I was nervous! My largest concern was that the voices be distinct. I wanted the reader to know who was talking without having to turn back to the beginning of the chapter to read the heading. What was interesting was that Alex’s voice came to me almost fully formed. The way Alex thought and spoke–and the variations in the way he spoke depending on whether he was addressing his friends, his family, or Isa–rattled about in my head. All I had to do was keep up and typing quickly. Isa’s voice was harder to develop. After I finished the first draft, I knew Isa’s chapters needed work. Her voice came across as bland. It was perplexing to me as I shared so many more experiences with Isa than with Alex. I grew up as the daughter of a Cuban immigrant. I didn’t live in NYC but I studied ballet for thirteen years. Given these similarities, I assumed I would grasp Isa’s voice more easily. Then I realized that perhaps that was the problem. I don’t consider myself a particularly interesting person. From the time I was little, I’ve been surprised when people want to be my friend. I was the boring, nerdy girl who read a lot of books and studied instead of going to parties. That image of myself translated onto the page. I imagine some actors feel the same way and that perhaps it is easier to embody a character who is very different from you. That certainly has been my writing experience so far!

The New York subway is where Alex and Isabelle fall in love. I was really feeling the frantic and vibrant setting of being in a New York subway! It was almost as if the subway was a character in itself. How did you capture this experience so perfectly? I’ve been taking the NYC subway for over twenty years! The 1 train from 96th Street to 168th Street was my commute when I trained and worked at the Columbia University Medical Center. I am intimately familiar with those stations, the exits, the stairs, the elevators, the wall art and graffiti. Now that I have my own kids and work in the Bronx, my subway experience has broadened. Part of the premise of This Train is Being Held was that these teens who are so different would meet on the subway because the subway is New York’s great equalizer. It’s one of the things I love about it. You can find a silver-haired woman in pearls and a fur coat sitting beside a construction worker in a hard-hat and a fluorescent vest, a young mother with a toddler in a stroller accepting help from a rowdy group of high schoolers, homeless people applauding rapping musicians. I wanted to put that quintessential New York experience of riding the subway on the page.

There is so much complexity and depth with the characters of Alex and Isa and I What was your process in creating these two diverse characters?

I wanted to explore the idea of expectations and how expectations influence behavior and a sense of identity. For Alex and Isa, these expectations come from parents, friends, strangers as well as from their own internal perceptions of themselves. I also wanted to challenge the expectations we all hold. So the Dominican-American baseball player from Washington Heights is also a gifted poet. The blond dancer who lives on Park Avenue does not have an easy home life–oh, and she’s half-Cuban. Through these characters and their families, I wanted to show the breadth of Latinidad. But like all people, these characters, while they might carry labels such as Dominican or Cuban, baseball player, poet or dancer, are individuals with their own fears, desires and needs. A famous author at a writing conference once stated that you have to know your protagonists as well as your best friend or a brother or a sister. You need to know what they would want to eat for lunch on a Wednesday versus a Saturday and what music they would listen to in the car and whether they would sing along. These are the small details that transform characters from stereotypes into individuals and it is something all writers must do regardless of their characters’ backgrounds.

Which of the two characters do you most identify with?

Oh man, this is a hard one to answer. As I stated above, I share a lot with Isa: Cuban heritage, ballet, immigrant mom who grew up poor and then married well. But I think I identify more with Alex’s inner struggles–the challenge of seeing yourself as someone different from what others expect. To be clear, I grew up with a considerable amount of privilege, much more than Alex, and I am white whereas he is brown. But I drew on my experience of being viewed as a small insignificant girl who couldn’t possibly be good at math or science or racing cars. I spent a large part of my youth showing people that I could do what they thought I couldn’t–or shouldn’t–do. I poured a lot of that anger of constantly being underestimated into Alex’s character.

This was so important to get right. Recent statistics report that just under 50% of teens will be diagnosed with either depression or an anxiety disorder in our country. The number of teens affected by the mental illness of a friend or family member is much higher. I decided to show this alternate perspective when writing This Train is Being Held: Isa struggles with stigma, worry and an almost crippling sense of responsibility as her mother and brother both have bipolar disorder. Growing up, I had personal experience with bipolar disorder, in my own family and in my best friend’s family. In writing about Isa’s mother and brother though, I had to make sure I wasn’t misrepresenting current medical understanding and management. I have friends who are psychiatrists and psychologists whom I contacted during the drafting and writing process, one of whom is a child psychologist who treats children of parents who are bipolar.  Once the manuscript had been through multiple drafts, we sent it to a mental health provider I did not know personally for an independent read. I also was careful with the language I used and tried to eliminate words that could be interpreted as insensitive or denoting ableism, such as ‘crazy’. As a writer for young adults and a pediatrician, I’m aware of the potential damage that can be done with inaccurate representation–which isn’t to say that I was 100% successful, only that I worked really, really hard to try to prevent that.

Thank you so much for asking! I am working on a few idea in various genres but I am superstitious about jinxing potential projects, so I cannot share more details yet. I have been working on webinar curricula for readers and writers as part of the Las Musas collective of Latina children’s book authors. At the end of March when we all went into COVID lockdown, we were mourning the loss of our book events and festivals. We came up with the idea of the webinars to create opportunities to connect with readers and other writers. The webinars are free and include too many topics to list here, but some examples include book journey discussions, how to get an agent, how to diversify your library as well as interviews with other authors such as Zoraida Cordova and I.W. Gregorio. You can watched archived webinars if you are unable to join a live session, though the benefit of joining live is that you can participate in the Q&A. Check out the upcoming webinar offerings at LasMusasBooks.com!

Ismée Williams is a doctor, researcher, wife, mother and writer!  She lives in New York City with her husband and three daughters. She loves to read, travel, cook and play with her kids and dog, Rowan, who is commonly mistaken for a muppet. 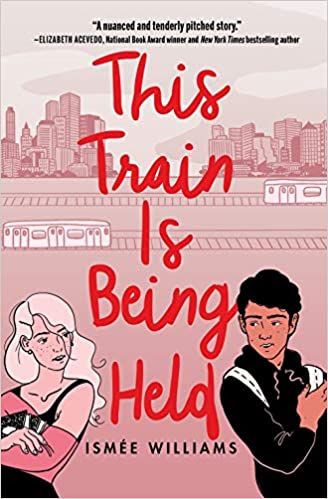 This Train is Being Held by Ismée Williams, out now!

Alex is a baseball player. A great one. His papi is pushing him to go pro, but Alex maybe wants to be a poet. Not that Papi would understand or allow that.

Isa is a dancer. She’d love to go pro, if only her Havana-born mom weren’t dead set against it…just like she’s dead set against her daughter falling for a Latino. And Isa’s privileged private-school life—with her dad losing his job and her older brother struggling with mental illness—is falling apart. Not that she’d ever tell that to Alex.

Fate—and the New York City subway—bring Alex and Isa together. Is it enough to keep them together when they need each other most?

Alexandra Someillan is a quirky cat lady who reads mostly contemporary romance and young adult. She is obsessed with teen soap operas and lives in a perpetual state of 90's nostalgia...
All Posts
PrevPreviousAndy Gallo and Anyta Sunday’s Favorite Romance Novels
NextWe Have Your Next Cozy Mystery Read!Next